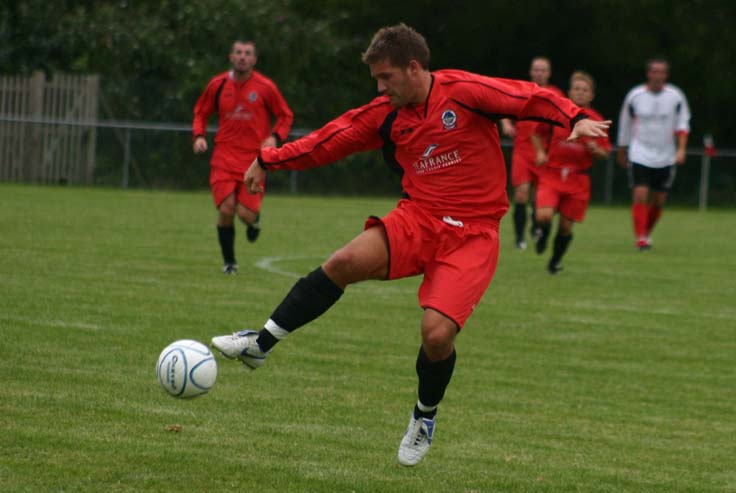 *BS*MARK LOVELL broke his goalscoring duck in the Ryman League for Whites with a superb 85th-minute winner.

*BF*The big striker, signed from Sittingbourne in the summer, cliched all three points with a stunning diving header from a pinpoint Jimmy Dryden cross.

Lovell’s goal keeps Andy Hessenthaler’s men top of the table with a maximum return of nine points from their opening three games.

However, as in previous seasons, the injury jinx has struck Dover again with midfielder Alan Pouton being carried off during the first half with a suspected broken collar bone.

That could rule the vital Whites player out for six to eight weeks.

doverathletic.com and dafctv will bring you full reaction from the game and hopefully an update on Alan’s injury later.