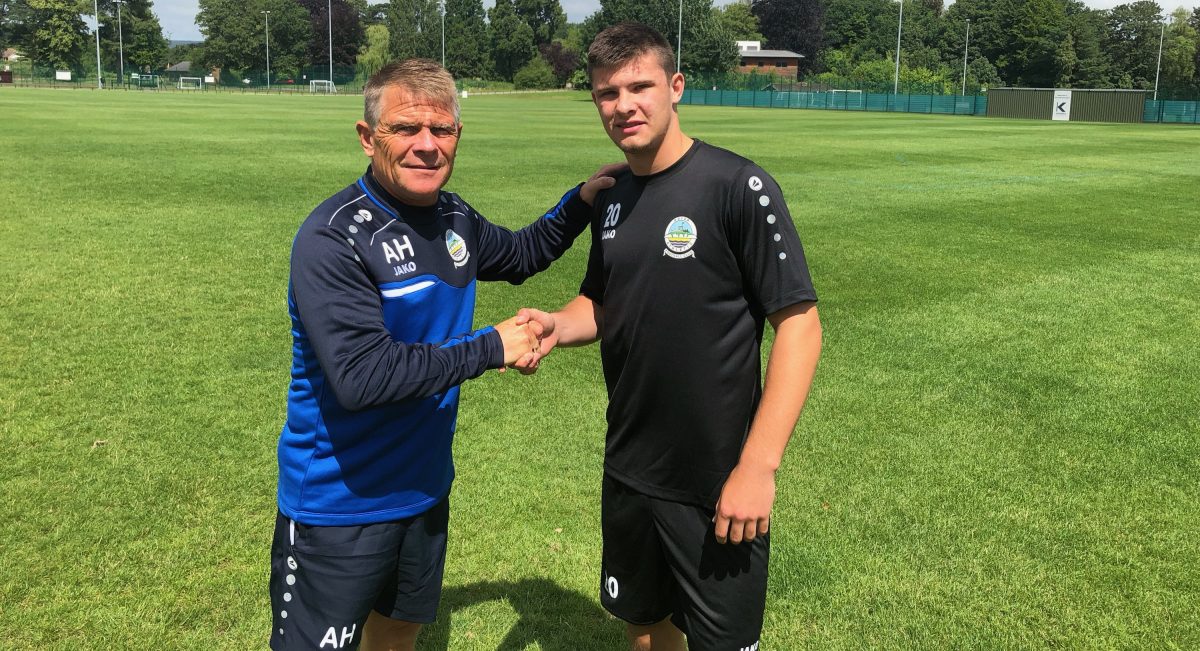 Dover Athletic are delighted to announce youngster Marshall Wratten has signed professional terms with the club.

Pictured alongside boss Andy Hessenthaler in Athletic’s new JAKO training kit, the 18-year-old has put pen to paper on an initial one-year deal following a string of fine performances for Dover’s academy side.

The left winger has already had a taste of first-team football, featuring as a substitute in our Emirates FA Cup first round tie at Bury in November, plus took in loan spells with Bostik Premier side Margate and Southern Counties East Football League club Hollands & Blair last season.

As well as winning five trophies in his time with Whites’ academy, Wratten was also second top scorer and contributed the most assists in Mike Sandmann’s team during their last campaign.