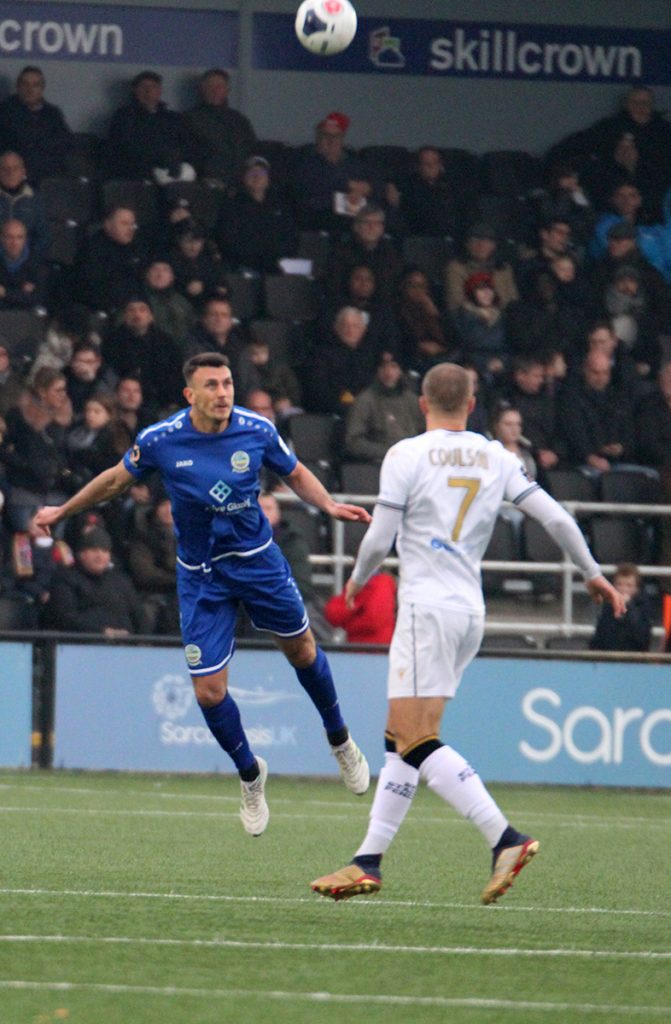 Manager Andy Hessenthaler’s side will be looking to make it back to back wins in the National League when they travel to Bromley for the first Kent derby of the season​ this evening.

Whites won their opening game after a debut goal by Millwall loanee Harry Ransom sealed an impressive win against Notts County at Crabble on Saturday.

Meanwhile, Bromley will be starting their league season tonight after not playing on Saturday after their scheduled opponent Macclesfield Town were wound up in the High Court over unpaid debts.

Honours finished even between Dover and Bromley last season after both beat each other 3-0.

Dover won the Boxing Day clash at Crabble before The Ravens avenged that loss on New Year’s Day.

However, Whites’ team has changed dramatically since that defeat with only Yusuf Mersin, Will De Havilland (pictured), Josh Passley and Jack Munns starting both the game on New Year’s Day and Saturday’s victory against Notts County.

It’s also all change for summer signing Sam Wood​, who played in both of the games over the Christmas period for our opponents’.

Wood, who has been appointed our captain this season, played 74 times in the National League for Bromley.

Tonight’s hosts have made six permanent signings and two loan signings this month, including former Whites loanee James Alabi who signed for our hosts after being released from Leyton Orient.

During his time with Dover, Alabi scored one goal in 11 games.

Byron Webster and Liam Trotter, who both have Championship experience joined our hosts this summer.

Webster has spent a total of six seasons in that division throughout his career, playing for Doncaster Rovers, Yeovil Town and Millwall. He has most recently spent time in League Two with Carlisle United.

Meanwhile, a lot of Trotter’s career has been spent in the Championship, spending time with Ipswich Town, Millwall, Bolton and Nottingham Forest.

They have also been able to loan back in Reeco Hackett-Fairchild from Portsmouth.

Forward Michael Cheek knows how to score in this division, having scored consistently in it for the past five seasons.

In this time, he has played for four different clubs and has score 75 goals in 194 games.

He was also top scorer for our opponents last season with 12 goals.

This game will be played behind closed doors, however, you can watch the game for £9.99 via Bromley’s ‘Matchday Live’ live stream.

You can buy your match pass here