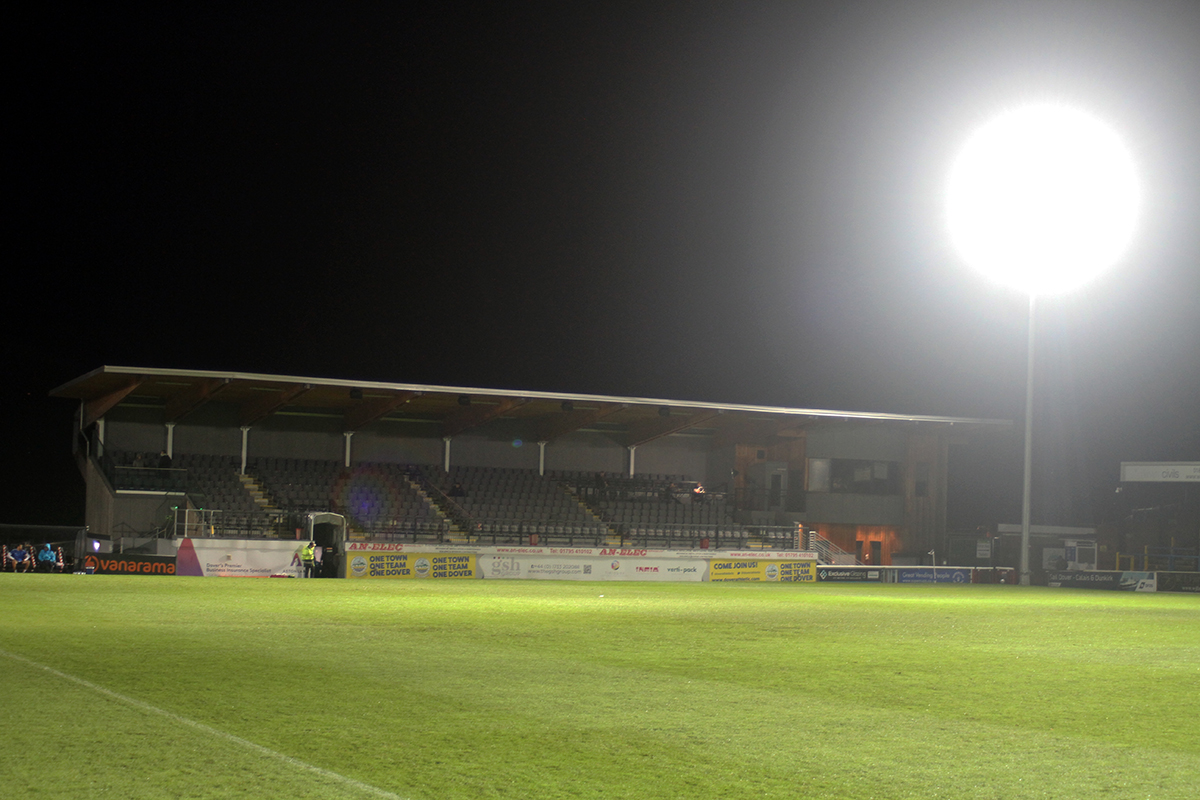 Dover will be on the hunt for a second consecutive home win on Saturday following their dramatic win at Crabble against Eastleigh in midweek.

Ade Azeez’s late winner on Tuesday proved crucial as Whites moved out of the relegation zone and up to 16th on the National League ladder.

This weekend’s opponents Altrincham are without a league win this campaign so far and currently occupy the final the bottom of the table.  The Greater Manchester side have proved a tough opponent, drawing three of their four October league matches and also have two games in hand following recent postponements against Solihull Moors and Bromley after a number of their players tested positive for Covid-19 earlier this month.

It has been over four years since Whites last played Alty, with visitors Dover 2-1 victors on the day.  After going behind through Michael Rankine, two goals in seven second half minutes from Ricky Miller and Stefan Payne won it for Dover.

The Robins were relegated that same season and following a further relegation a year later, they are now back in the National League after beating Boston United 1-0 in last campaign’s National League North Playoff Final.

Another signing, winger Matty Kosylo, has played in all of Alty’s games so far this season, after joining from AFC Fylde having signed from FC Halifax Town a year prior.

Matt Gould has joined as a player/goalkeeping coach after a stint with National League North side Spennymoor Town.

Fisayo Adarabioyo, who started his career in the Manchester City youth academy, signed having previously playing for Dutch sides NAC Breda and FC Oss. Alty is his third club of 2020 after joining Northern Premier League side Warrington Town in February, Curzon Ashton in August and finally Altrincham in October.

Max Clayton and Darren Potter, who both dropped from full-time to part-time football to join Altrincham, left the club after playing one game each.

Attacking midfielder Josh Hancock was joint top scorer for The Robins in their promotion campaign and despite not scoring yet this season, he has started every game so far. He also scored in the first two rounds of their playoff campaign last season.