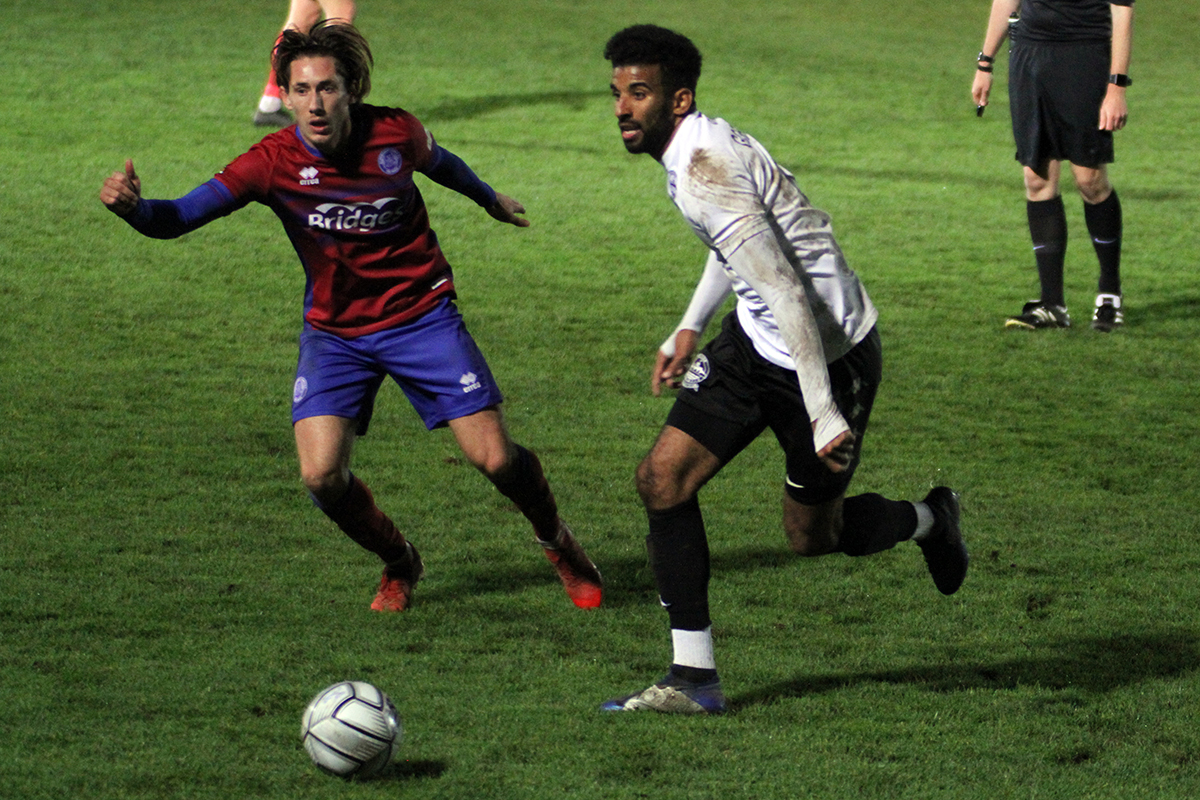 Dover will look to put their defeat to Solihull Moors behind them as they welcome fellow strugglers Barnet to Crabble.

Despite being on top during the early stages of Saturday’s defeat, a goal on the half hour mark turned the tide of the game, with The Moors doubling their lead in the second half.

Following that defeat, Andy Hessenthaler’s men remain bottom of the league, with The Bees sitting one place above them in 22nd.

Both teams have been hit with numerous postponements over the season due to the COVID-19 pandemic, with Dover still having played the least amount of games out of everyone in the league.

It’s not been much better for Barnet with the side from North London only playing 2 more games this season, with only Whites and Solihull Moors playing less so far.

Both sides having matching records in their last five games, losing four and drawing one. A win for Dover will see them leapfrog the visitors and will go two points behind Weymouth if they lose away at Aldershot.

A win for Tim Flowers’ side will see them move level on points with Weymouth, however they will stay behind The Terras on goal difference.

The two teams only played each other once last season, with the game at Crabble being cancelled due to the pandemic.

Whites came away with all three points at The Hive earlier that season, with Inih Effiong scoring the only goal of the game in second half stoppage time.

Since then Effiong left Dover and joined Stevenage in the summer, he would then join The Bees on a one month loan where he scored once in five games for the club. After leaving Barnet, he joined Notts County on loan until the end of the season.

Tuesday evening’s match could also see the return to Crabble for both Jack Connors and Alfie Pavey who are now on the books at The Bees.

Connors joined Whites for the 2018-19 season, but only made 10 league appearances for the club, spending alot of his time out on loan at Hampton & Richmond Borough. He left Whites at the end of that season and joined Dulwich Hamlet at the beginning of last season, before earning a move back to the National League with Barnet this season. He has played five times for The Bees so far this campaign.

Pavey signed for Whites during the 2018-19 season and would go onto score 11 goals in 37 games for the club before leaving for Barnet a year later.

The forward is yet to score in 15 league appearances for the club, however missed most of last season with a broken leg. He joined Dartford on a two-month loan in November, but was recalled early after making four appearances for the fellow Kent side.

JJ Hooper joined the club at the beginning of the season and is a proven goalscorer in this league, having scored regularly for both Bromley and Wrexham before joining Barnet. The striker also has four goals in 12 games this season.