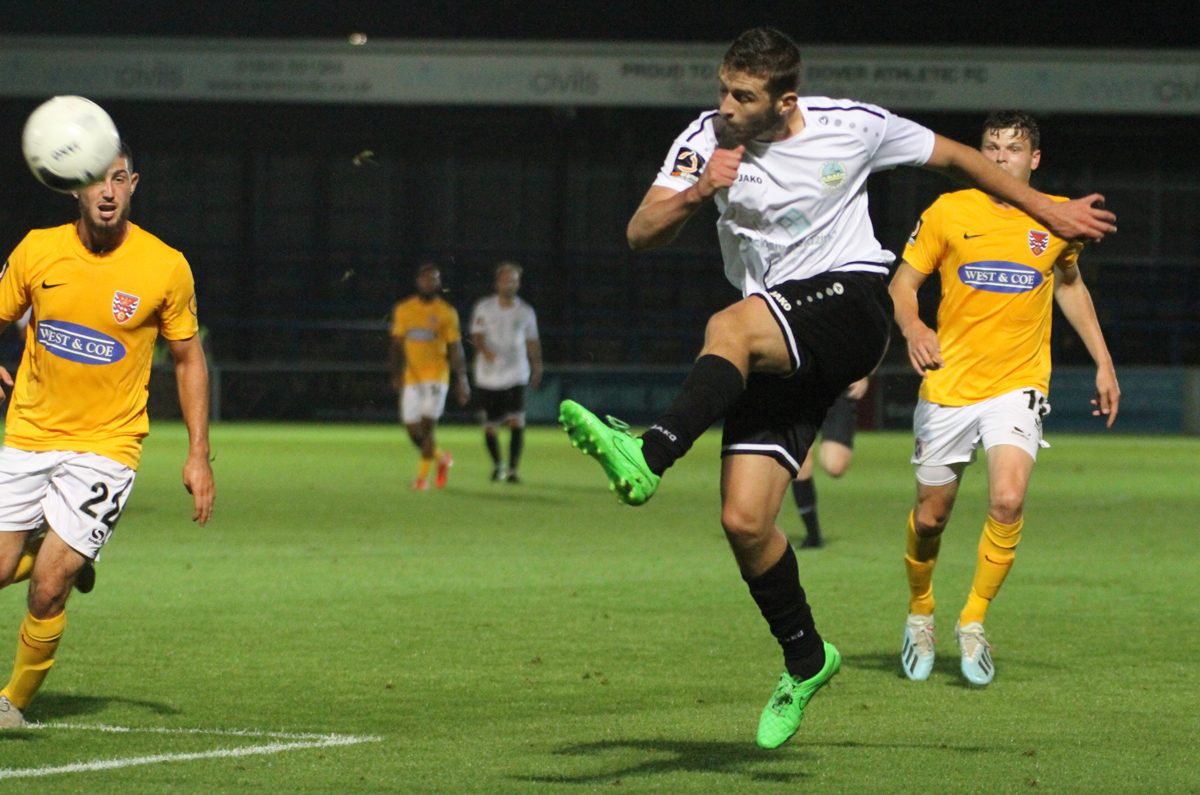 Dover are back in Vanarama National League action on Boxing Day as they host Dagenham & Redbridge at Crabble live on BT Sport.

Andy Hessenthaler’s men have not played a league game since November 21st due to a positive Covid-19, with five matches postponed.

One of those postponements, against Chesterfield, was due to be played on Tuesday, however it was postponed once again following a positive test in the Spireites’ camp.

Dover were in action last Saturday in the Buildbase FA Trophy, losing 2-1 at Woking despite taking the lead shortly after the break.

Since Whites’ last league game, Daggers have played five National League games, winning two, losing two and drawing once.  They were also defeated in the Second Round of the FA Cup at Mansfield Town, and most recently hammered Ebbsfleet United 5-2 in the FA Trophy.

Daggers currently sit 18th in the National League, nine points ahead of Athletic, though Dover currently have four games in hand over the visitors.

This game will see returns to Crabble for Dean Rance, though former Whites’ skipper Mitch Brundle is suspended after a red card at Torquay earlier this month..

Rance joined the club from Gillingham in 2012 on a one month loan, before joining permanently that summer after being released from Gills. He would spend the next year at Crabble before moving onto Ebbsfleet where he would spend six seasons.  In his time at Crabble, he would go onto make 37 league appearances in the Conference South.

The match will also see Daggers manager Daryl McMahon return to Crabble, where he spent the 2012-13 season as a player, featuring 28 games for the club, scoring three goals.

Both Rance and McMahon played against Salisbury in the National League South 3-2 Playoff Final defeat back in 2013.

Summer signing Paul McCallum is top scorer for Daggers this season with four goals. He also scored 13 National League goals last season for both Solihull Moors and Barnet, and scored in the Bees’ National League playoff win against Yeovil.

This game will be played behind closed doors, however, you can watch the game on BT Sport, with the game kicking off at 5.20pm.