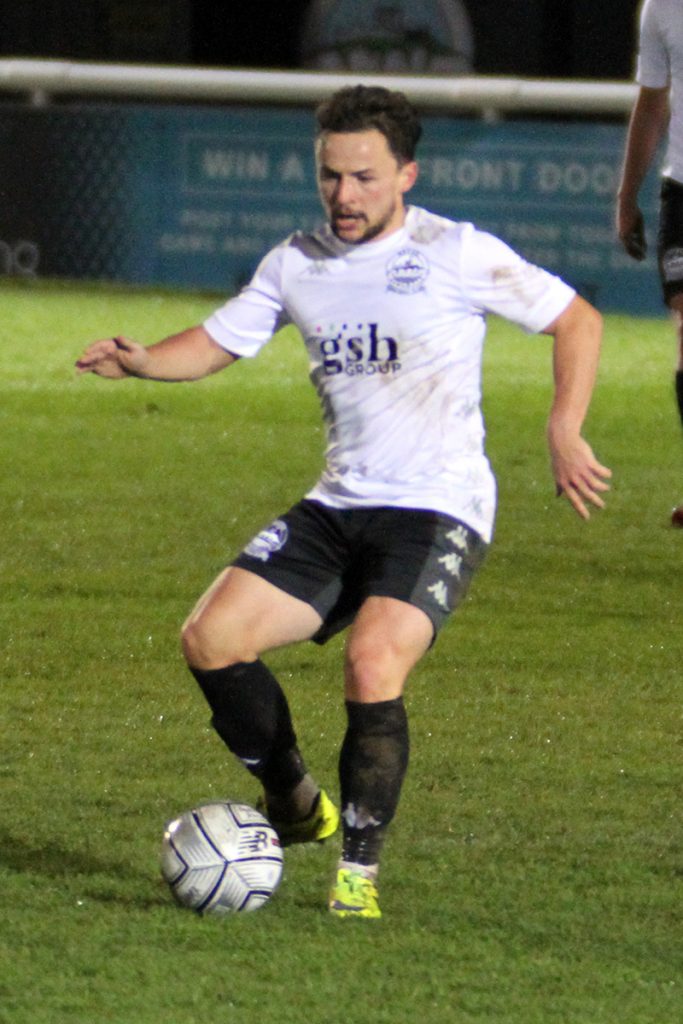 After Saturday’s penalty shootout loss to Yeovil in the FA Cup, Andy Hessenthaler’s men turn their focus back to the National League.

Despite coming from behind twice to draw 3-3 with The Glovers at Huish Park on Saturday, Whites were unable to reach the first round for the first time in three seasons.  Meanwhile our opponents this evening advanced to the first round proper with a 3-1 home win against Weston-Super-Mare.

Ben Strevens’ Spitfires are currently unbeaten after their first four league games.  Following up their 5-1 thrashing of Barnet on the opening day of the campaign with another win and two draws.

It was a very different Dover side who took all three points in this fixture last season, with a brace from Inih Effiong helping Whites to a 3-1 victory.

Both teams were only able to play each other once last campaign as the global pandemic caused the game at the Silverlake Stadium to be postponed.

Manager Strevens has brought in six players over the summer, including Abdulai Bell-Baggie from a Weymouth side promoted from the National South last season.

Prior to playing over 100 games for the Terriers, Bell-Baggie also played for Stockport County and Poole Town.

The winger made an instant impact, scoring his side’s fifth on his debut against Barnet.

Joe McDonnell and Pierce Bird have also been brought in from fellow National League side Notts County.

McDonnell has previous non-league experience with Basingstoke Town, Hendon, Hampton and Richmond and Harrow Borough, as well as experience in League One and League Two with AFC Wimbledon.  Pierce meanwhile, started his career in the East Midlands Counties League with Dunkirk, before moves to Leek Town, Alfreton Town, Grantham Town and Boston United.

Another of their signings, Joe Tomlinson, was chosen as the 2019/20 National League South Young Player of the Season as captain of Hungerford Town.

Smith joined Bognor Regis after a prolific loan spell on the south coast, where he netted 28 goals in 38 games during two separate spells. The frontman opened his account for Eastleigh in their win against Weston-Super-Mare on Saturday.

House has been arguably Eastleigh’s player to watch so far after scoring three in his opening two matches, including a brace against Torquay United.  He started his career in the Reading academy and had a loan spell at fellow National League club Dagenham & Redbridge last season.