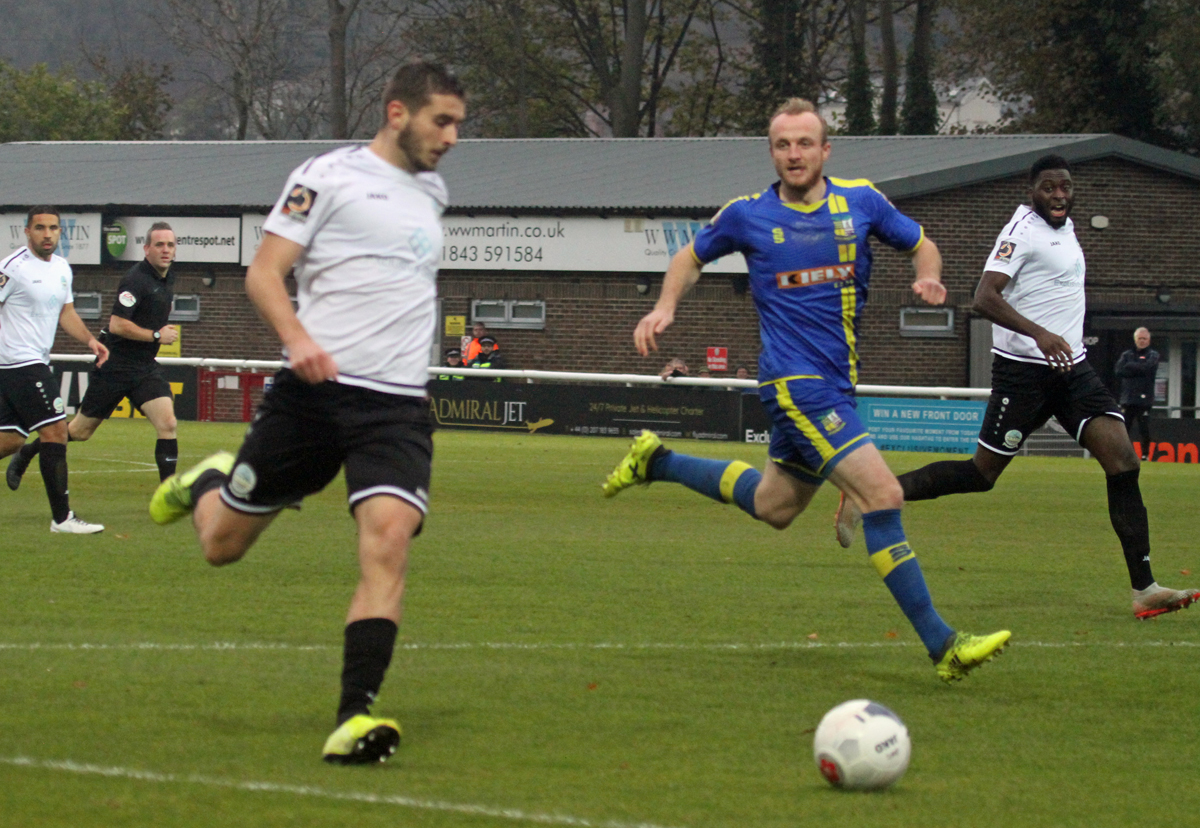 Whites are back in action on Saturday as they welcome Solihull Moors to Crabble in Vanarama National League.

Andy Hessenthaler’s side will look to bounce back from last Saturday’s 3-1 defeat to Wrexham where, despite being level at half-time thanks to Ahkeem Rose’s equaliser, two second-half goals condemned Whites to their ninth league loss of the season.

The Solihull Moors fixture was meant to be played in December, however, it was postponed due to COVID-19 in Whites’ camp.

The game was then rescheduled to take place on February 2nd, but with both sides having a free Saturday and with fixtures building up due to further postponements, the National League made the decision to bring the fixture forward.

Whites still sit bottom of the league, however, our home point against Boreham Wood moved us two points behind Barnet and Weymouth who sit 22nd and 21st respectively.

A win for Dover will see them move above both sides if each fail to get a result in their respective fixtures.

The Moors currently sit 12th in the league table having won seven of their 13 games played so far this campaign. They sit a point outside the playoffs and a win could see them move as far up as fifth if results go their way.

It was honours even in this fixture last season after a Jamey Osborne free-kick denied what would’ve been a third consecutive victory for Dover.

Inih Effiong put Whites ahead early on, however, Osborne equalised midway through the first half as the points were shared.

Jimmy Ball is the top scorer for The Moors this season with four goals in nine games. He also scored in Solihull’s 3-2 defeat to Aldershot Town in the FA Trophy on Tuesday night.