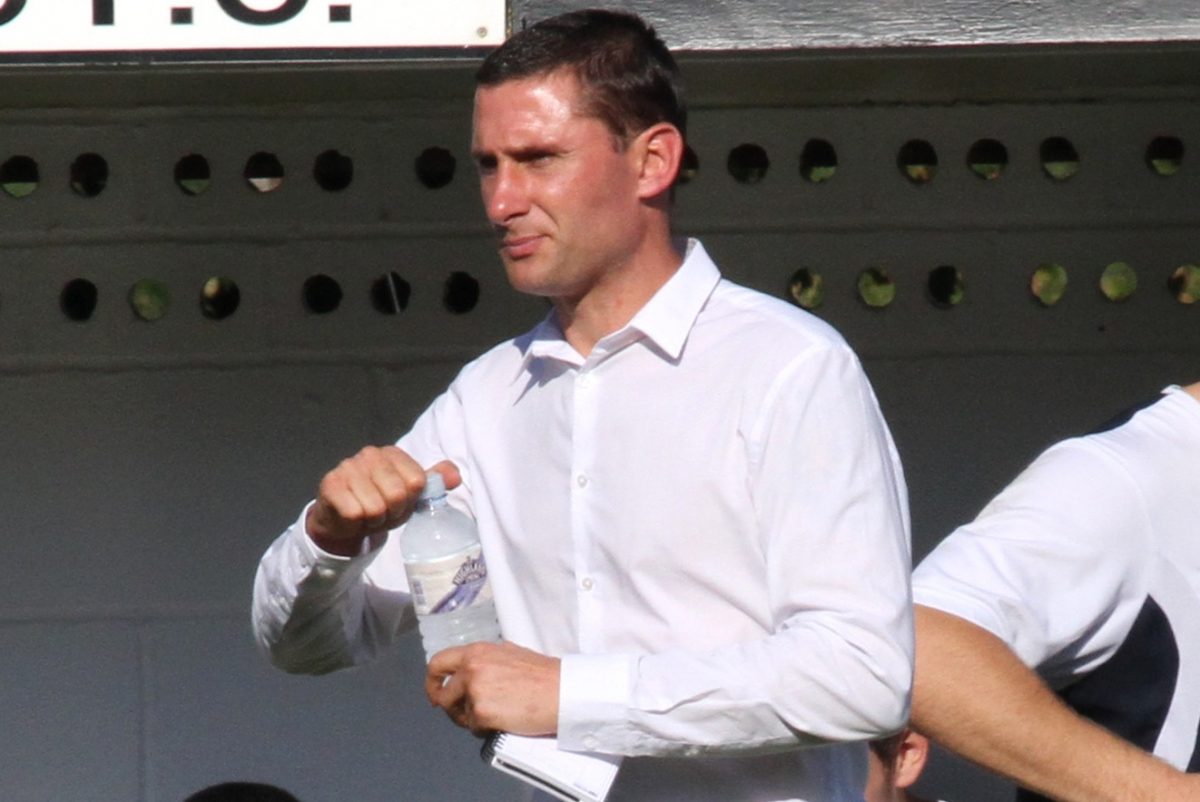 *BS*Nicky Forster has warned his team to expect a very tough match on Saturday, when Eastleigh visit Perrys Crabble.*BF*

The Spitfires have recently signed six players from higher divisions to build on a decent run of form in the league which has seen them lose only once (to Woking) in their last eight league games.

They suffered a poor start to the season, following a decision to invest in full-time young prospects to supplement older part-time players. They are now bolstering their squad following a cash injection.

Fozzy said: “I’m looking for us to gain a winning momentum. We’ve now got a big game against Eastleigh, who have started spending a lot of money to bring in a better calibre of player.”

The Spitfires’ recent signings include Graeme Montgomery, a left winger signed on a permanent basis from Aldershot following a successful loan spell. Montgomery has played against Dover before, as a young prospect at Wealdstone in Whites’ Ryman Premier winning season.

Another key signing is striker Damian Scannell from Dagenham and Redbridge, giving journeyman Jamie Slabber some much needed support up front. Also, defender Mitchell Nelson has signed from Bournemouth to partner captain Tom Jordan at the back.

The sudden nature of these new signings appears to stem from a new major sponsorship deal agreed in December. Other signings include left back Michael Green (Port Vale), plus midfielders Ali Fuseini (Lincoln City) and Scott Rogers (Newport County).

Meanwhile, Forster will look for a Dover performance to match that of last Monday’s at Eastbourne Borough. Despite missing out on the victory, the Dover boss was keen to stress the reasons for not winning were largely out of the hands of his players.

*Q1*He told the Dover Express: “We were bitterly disappointed to come away with a point after playing so well. We had the game cheated away from us with the first goal.

“The boys were magnificent and we dominated both halves. But for some miraculous saves from their keeper, we would have won it.”