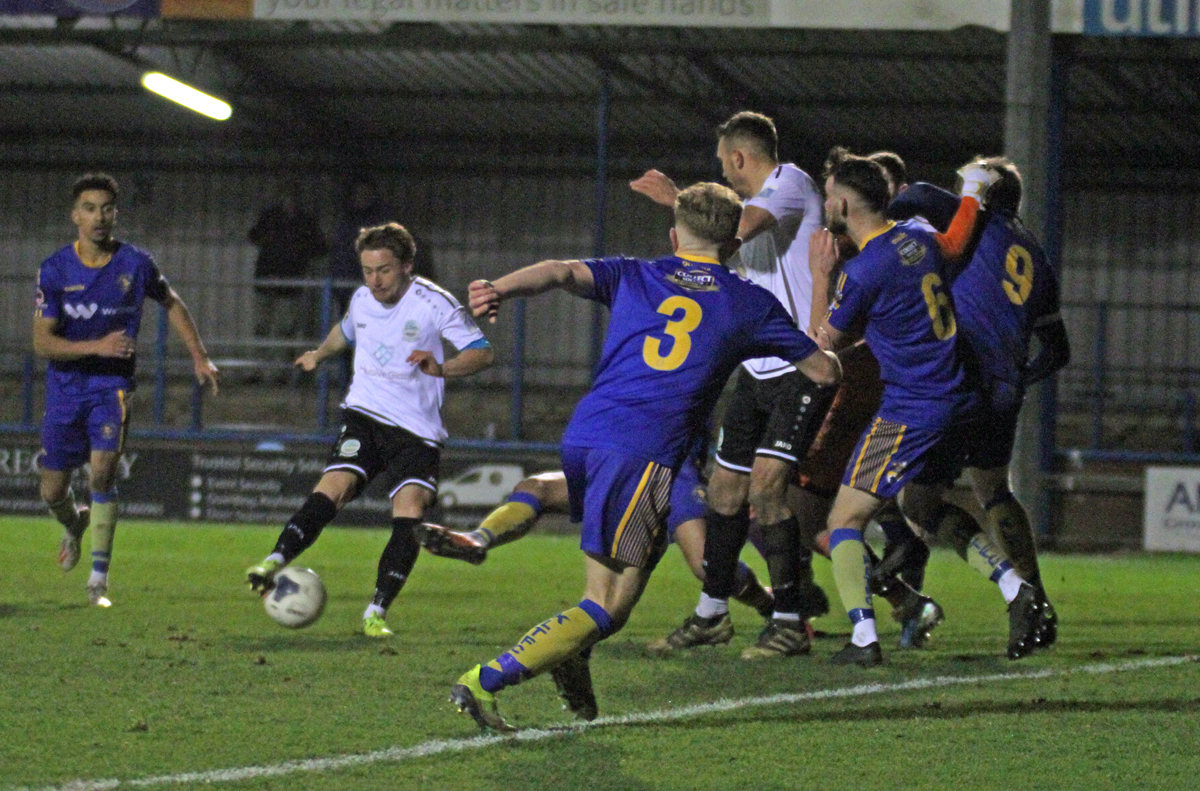 Andy Hessenthaler’s side travel to Norfolk on Saturday aiming to bounce back from Tuesday’s night disappointing defeat.

Whites were hit for five for the second time at home this season – their sixth league loss so far this campaign.

Meanwhile, our hosts on Saturday have picked up six points from their last three games.  The linnets have beaten Woking and Barnet in recent weeks, as well as knocking League Two Port Vale out of the FA Cup, with a second round trip to League One Portsmouth their reward.

The Linnets were promoted to the National League last season on points per game at the expense of York City when the season was curtailed due to the pandemic.

Dover are no strangers to the The Walks Stadium, having played there last season in the FA Trophy First Round Proper.  It was the hosts who advanced to the next round on that occasion, winning 4-2 on penalties following a 2-2 draw.

Town have brought in nine players for this season, including Jamar Loza who has a Premier League appearance for Norwich to his name, coming on as a second half substitute in the Canaries 2-0 defeat to Arsenal in 2014.

Since leaving Norwich, he has played in the National League with Maidstone United and Woking, before moving back to Norfolk this summer when he signed for King’s Lynn.

Cameron King and Simon Power have both joined the club for the second time in their careers. King, who has joined from FC Halifax Town played for The Linnets in 2018 before moving to Halifax, whilst Power has started his second loan spell at the club.

Like Loza, King also started his career and Norwich, whilst Power is currently on loan at The Linnets from the Championship side.

Kyle Callan-McFadden, who joined the club on Friday morning and is also a graduate of the Norwich City youth academy, joined the club after spells in the USA and Ireland with Orlando City B and Sligo Rovers, respectively.

Kairo Mitchell, a product of the Leicester City academy, joined the club after spells in non-league with Nuneaton and Coalville Town. At the beginning of October he signed for fellow Kent side Dartford, however only 20 days later he signed for The Linnets. The Grenadan international has also scored three times for his country.

Finally, Tai Fleming joined the club after completing a two year scholarship at Yeovil, whilst Archie Mair, Danny Lupano and Kyle Barker have joined on loan from Norwich, Hull and Peterborough, respectively.

New signing Loza has scored four goals in his last three league games, including both goals in their 2-0 win against Barnet on Tuesday night.

This game will be played behind closed doors, however, you can watch the game for £12 on King’s Lynn’s streaming service.