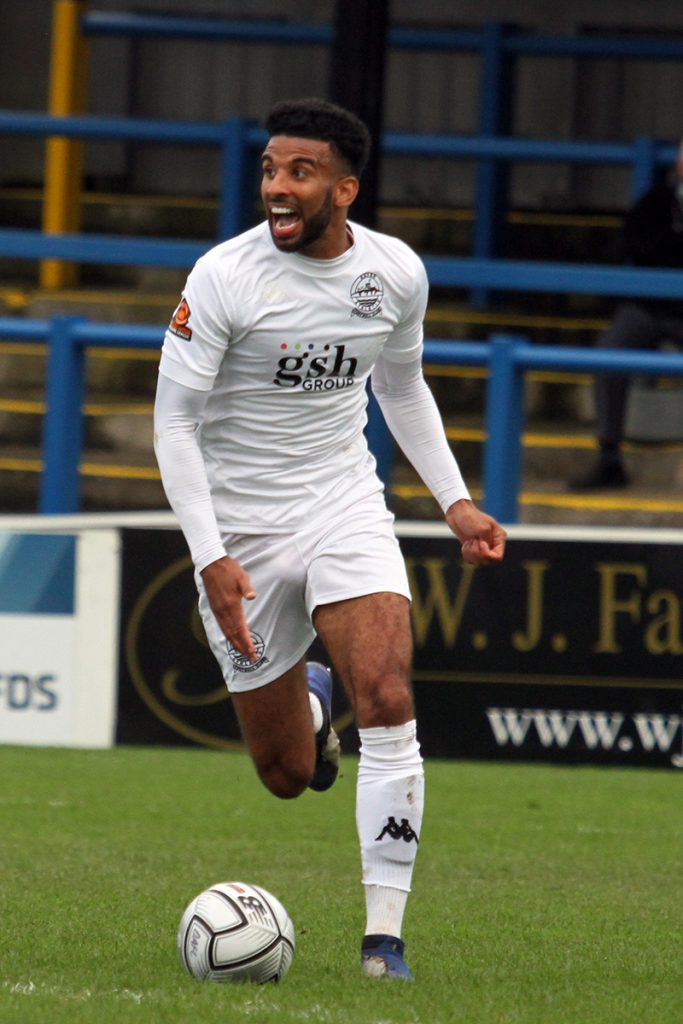 Dover won’t just welcome Aldershot to Crabble tonight, they will also welcome back a couple of familiar faces.

Shadrach Ogie, who scored a brilliant solo goal in our 2-0 win in this fixture last season during a loan spell at Crabble, may well line up for our opponents having joined The Shots on a one-month loan from Orient earlier this month.

Visiting Goalkeeper Mitch Walker is no stranger to Dover supporters, having spent seven years with Athletic prior to his departure last year.

Dover and Aldershot will be looking to avoid an unwanted hattrick, with both sides losing back-to-back league matches.  Andy Hessenthaler’s men conceded three second half goals at Stockport County on Saturday afternoon, having lost 4-1 at Bromley four days earlier, with Town losing 2-1 to both Hartlepool and Sutton United.

The Shots did defeat Brentford B on Saturday in a friendly after their league match, scheduled for the same day, was cancelled due to the demise of Macclesfield Town.

Aldershot have added nine players to their squad for this season, including former Scotland International Ross McCormack on a free transfer following his release from Aston Villa at the end of the 2018-19 campaign.

The 34-year-old featured in the Championship for the likes of Cardiff, Leeds, Fulham and Aston Villa, scoring 120 goals in 333 appearances.  He also netted for Glasgow Rangers against Portuguese giants and then European Champions League winners Porto in 2005.

Searle has appointed Jamie Sendles-White as his new captain following Dean Rance’s departure to Dagenham & Redbridge.  The defender won the National League South with Torquay United and has also been joined at the EBB Stadium by former Daggers forward Chike Kandi.

Striker Mo Bettamer scored his first of the season against Sutton last Tuesday and also netted twice against Brentford B in a friendly on Saturday.

He was also second top scorer last season for The Shots, only being beaten by Ethan Chislett, who joined AFC Wimbledon in the summer.