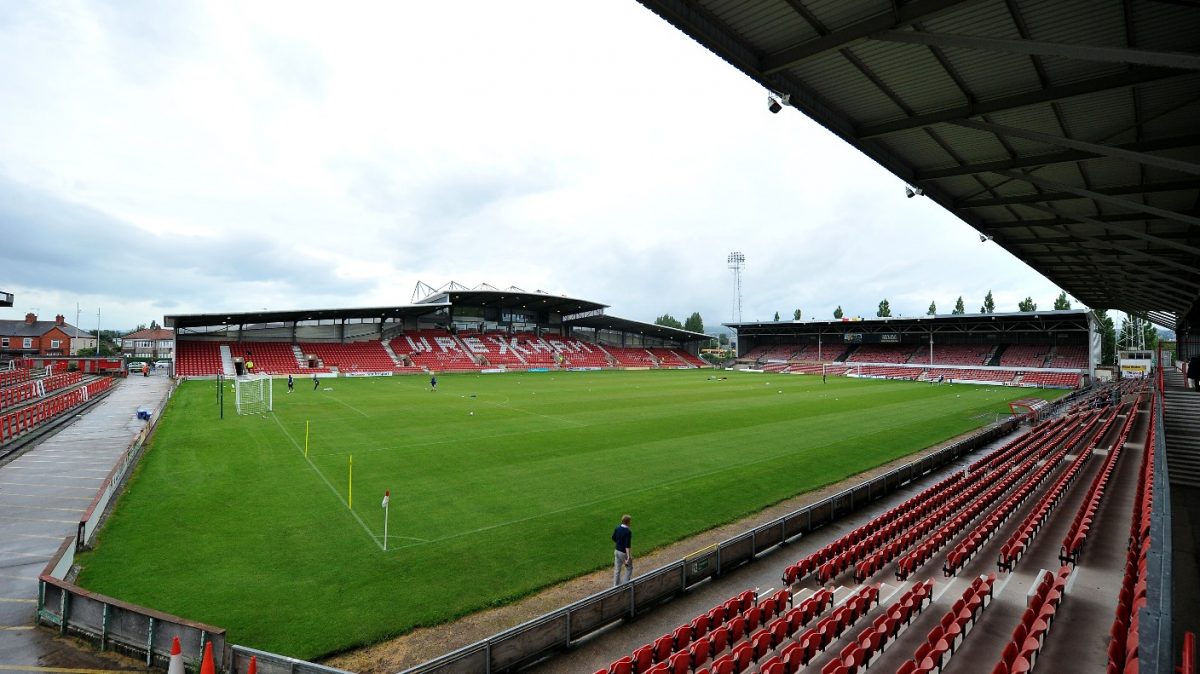 Dover travel to Wrexham on Saturday, looking to continue their impressive record of having never lost at the Racecourse ground in five previous visits.

Andy Hessenthaler’s men ended of run of five straight defeats on Tuesday evening with a 1-1 draw against Boreham Wood.  Athletic fell behind in the first half through Kabonga Tshimanga’s accurate finish, however TJ Bramble’s first league goal for Dover midway through the second half made sure the points were shared at Crabble.

This was only Whites’ second league game since 21st November due to two separate COVID-19 isolation periods.

Wrexham have played six league games in that time, winning two, drawing one and losing three. The Dragons have not played since the end of December following postponements.

Saturday’s game was one of the many games that were previously moved back due to COVID-19, with the original game supposed to have been played on 12th December.

Dean Keates’ side currently sit in 16th in the National League table, having picked up 6 wins in the 14 games they’ve played this season. Despite being in the bottom half of the table, they only sit three points off a playoff spot and have games in hand over many sides above them.

The two teams only came up against each other once last season, as the game at the Racecourse was cancelled due to the pandemic.

Dover came away with a 2-1 victory in the only game between the two sides last season. Despite going behind in the first half through Mark Harris, a Ricky Modeste  goal followed by an injury time own goal from Shaun Pearson sealed victory for Whites.

Saturday’s game will see the away side come up against a familiar face in Anthony Jeffrey, who joined The Dragons in September after leaving Whites at the end of last season.

Jeffrey has played eight times for the Welsh club, however has not been in the last two Wrexham squads.  If the ex-white does play, it will be his 150th league game in his career.

Adi Yussuf, who joined the club on loan from Blackpool this summer, is the top scorer for the club so far this season with five goals in 12 games. He is also a very experienced player in this league with over 100 games to his name.

This game will be played behind closed doors, however, you can watch the game over on Wrexham’s website.