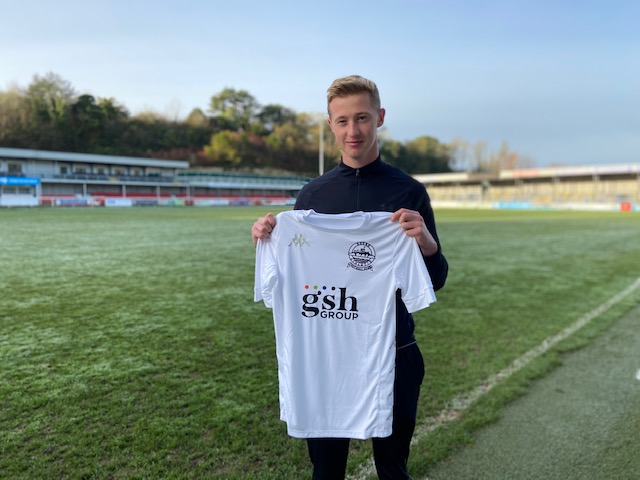 We are delighted to announce that we have completed the loan signing of Hull City midfielder Ryan Hanson.

Our new Number 25, who joins us for a month, will go straight into the squad for our National League game at Kings Lynn Town on Saturday.

The 19-year-old Hanson, a former Dover Boys Grammar School student, joined the League One side in the summer of 2019 after being released by Crystal Palace, where he had spent five years.

He joined Palace after impressing while playing for the Dover Athletic under-13’s in a Kent League tournament.

Hanson started playing football for Dover Rangers when he was six and has also represented Dover District and Kent.