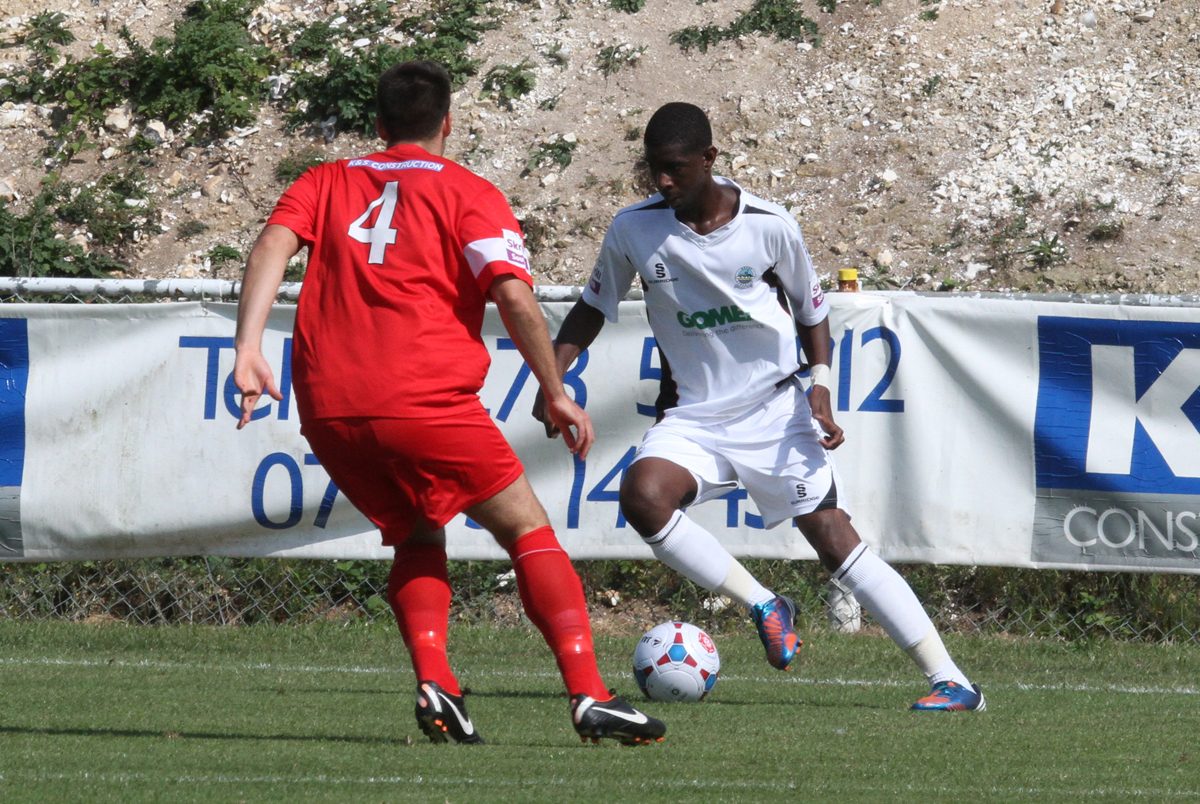 *BS*I last spoke to Michael around a month ago following on from the side’s 1-0 victory at Whitehawk, and at that stage – with nine points out of a possible twelve – he was happy with how the season had started.*BF*

Since then, four consecutive Skrill South defeats – including a 1-0 loss away at Sutton United on Tuesday night – have seen the side drop down to 15th place. The defeat at Gander Green Lane was the latest in a string of disappointing results.

Whites have always found it a tough place to go to, and overall the outcome was probably the correct one – despite a couple of good chances for Whites to find an equaliser.

Sutton’s early goal meant Dover were chasing a result for a long period of the game, but Kamara feels the side’s second half performance was far superior than the first: “The first half was disappointing. Obviously we let the goal in, and gave their guy too much space, and were still trying to find our bearings for most of that first period.”

“The second half was better. We created more chances but, as has been the case for a lot of this season, couldn’t convert any. We’re at that stage now where we can’t hope for a bit of luck. Sometimes you get fortunate in games but we’re not getting that – we now need to dig in more than ever and battle for these wins.”

Whites’ hopes of a comeback were dealt a severe blow when midfielder Moses Ademola was given a second yellow card with 15 minutes remaining. Kamara, like many, was astonished at this decision and feels a lot of sympathy for his team-mate: “I don’t think he deserved either yellow. From what others have said, he was onside for the first (Ademola was booked for kicking the ball away after the referee had signalled for offside) and I don’t know if he even heard the ref’s whistle.

“Then he was given his second yellow card for diving. Moses’ reaction said it all – their guy definitely made contact with his ankle, and he was in a lot of pain after the game. I think the referee knew he’d made a mistake pretty quickly, but it was too late. He’ll now miss a game through suspension and we’ll have to see how his ankle is.”

Recent results have seen Chris Kinnear face some criticism regarding his team selection and formation, however Kamara firmly believes the buck lies with the players: “We need to take responsibility for what happens on the pitch. We all know what needs to be done, and we’ve known that all along, but we’re still gelling.

“Every game we play we are learning more about each other. We’re all hurting but all believe we can turn this right around. We all need to pull together and do a lot better – that said, we’ve not been getting outplayed in our games and haven’t lost any game by more than one goal.

“Dover is a massive club at this level and the expectation levels are therefore higher here. But I’d rather be playing for a club with high expectations than one without. The fans have been incredible, even during the last few games – we need them to keep turning up and supporting us.”