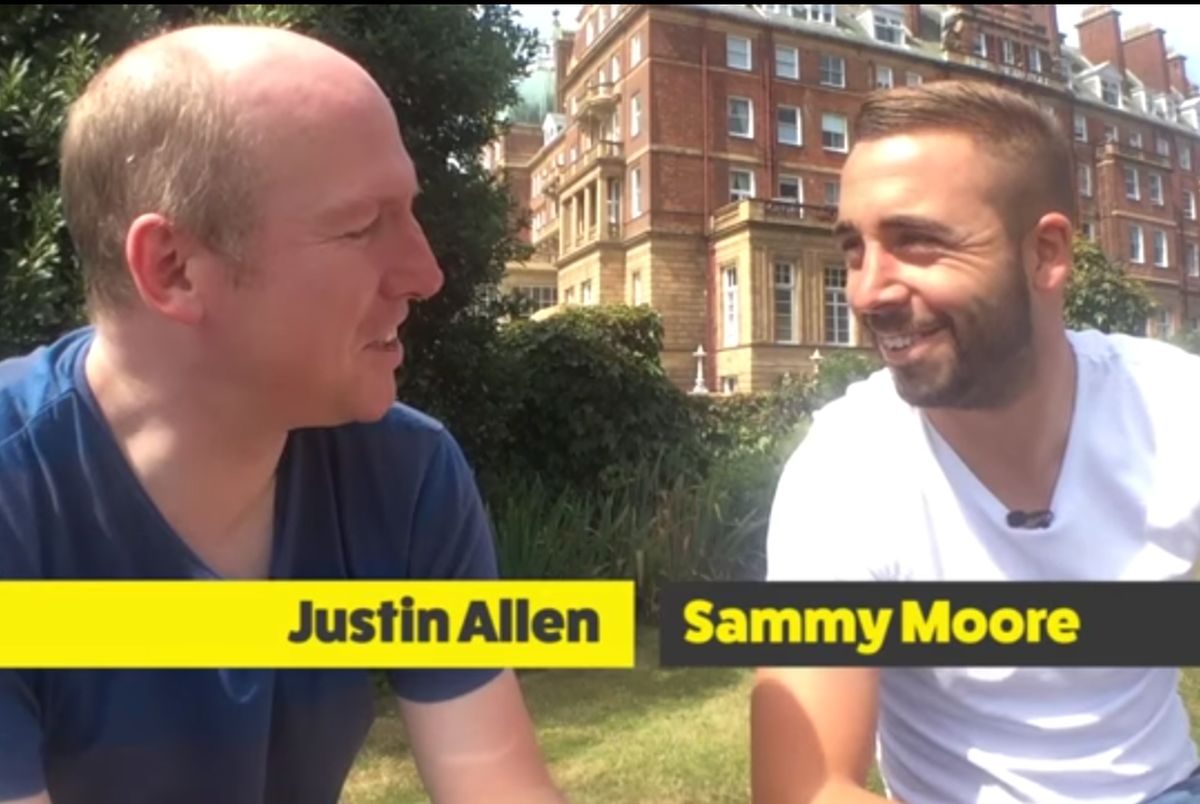 SAMMY MOORE says he has “unfinished business” at Dover Athletic – and that is why he has returned to the club on-loan from Leyton Orient.

Box-to-box midfielder “Mooro”, 28, is back at Crabble until at least January with the hope that the move could become permanent if all parties are happy.

The former Dover College student – who now lives in Hythe with his partner Naomi and their nine-month-old daughter Betsy – will be available for selection this Saturday as the Whites entertain Barrow.

Speaking in an interview with Dover fan and The Sun football journalist Justin Allen, he said: “I’m delighted to be back at Dover. I had some good times here from 2008 to 2010 where we won promotion from the Ryman Premier into the Conference South and lost in the play-offs for the Conference National a year later.

“It’s a club close to my heart. I live down the road so have always followed Dover – since leaving and before because my brother, Jason, used to play here.

“There are still some familar faces around the club. Robin Hastie – the kitman; Frank Clarke – the secretary; and obviously the chairman Jim Parmenter as well. I know how the club works and hoping we can get the club into the Football League.”

He added: “I do feel I have unfinished business at the club. We had just missed out on getting to the Conference National when I was here last time – but now we have a chance to take this club into the Football League – and if I was able to be part of that, well, it would be the highlight of my career because Dover Athletic is special to me.”

Moore – who was poached by Chelsea as a 14-year-old from Charlton for £32,000 – has gone on to play more than 200 games in the Football League for Ipswich, Brentford, AFC Wimbledon and Orient.

And Dover beat the competition of several other clubs in the Football League for his signature.

The midfielder hopes the fans turn up in droves on Saturday to be the team’s “12th man” – and he urged: “Please come along and bring a friend too. This club is ambitious, a new stand is going up and there are good things happening.

“I’ve not come here to be mid-table, I’m thinking only of promotion.”