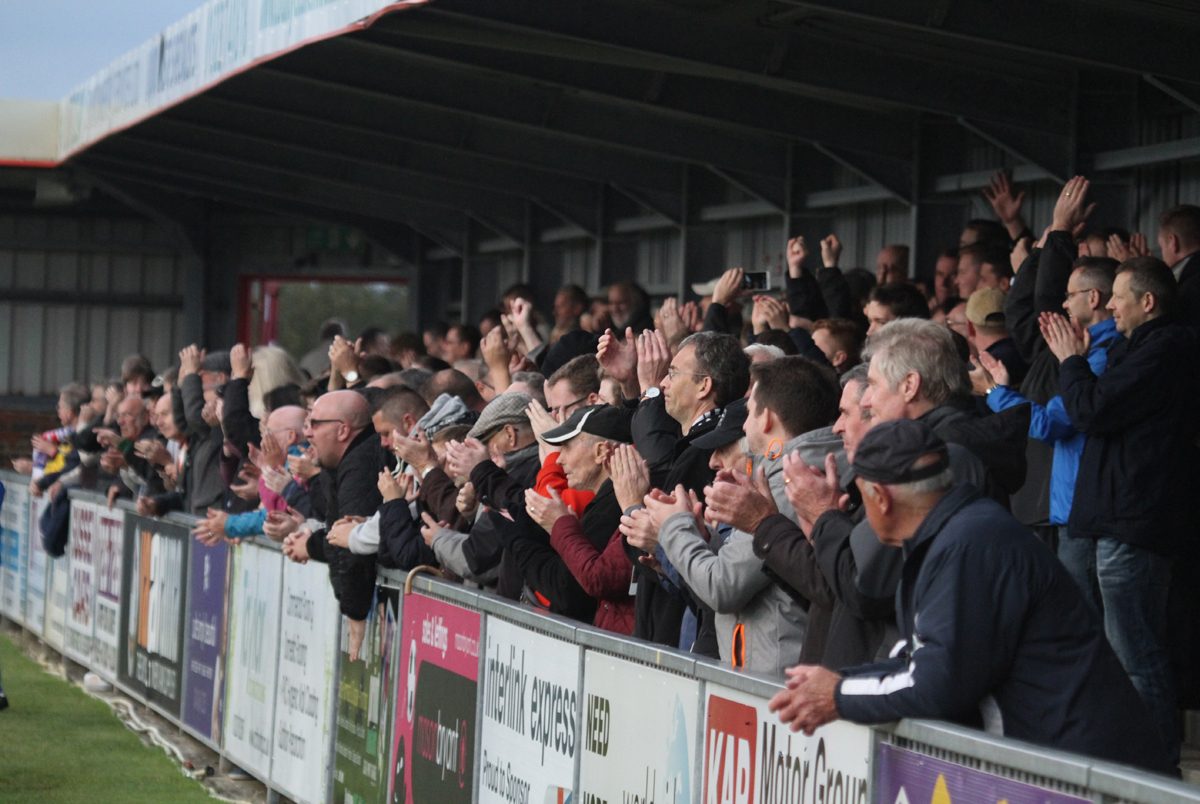 *BS*Whites fans are invited to take advantage of a heavily discounted price to travel on the supporters club coach to our FA Trophy quarter final fixture at Nantwich Town on Saturday February 27th, made possible by a generous donation from Nick Cunningham.*BF*

In ten days time, Whites will make the trip to Cheshire to take on Northern Premier League Premier Division side Nantwich Town, in the FA Trophy quarter final. This will be Dover’s second successive season of reaching the last eight, and we’re keen to go one step further than last season – but we need your support.

Thanks to a generous donation from Nick Cunningham, the supporters club are running discounted travel to the big match.

The coach will leave Crabble at 8am sharp.

*IS*RULES OF COACH TRAVEL*IF*
– All vehicles are non-smoking
– No alcohol will be permitted on our vehicles at any time (which means not just drinking alcohol but also taking it on the coach).
– Any damage caused will be charged to the Supporters Club.
– Any abnormal or excessive cleaning will result in a £50 fine payable by the Supporters Club.
– No excessively rowdy behavior will be tolerated.

The Coach company runs a zero tolerance policy if any of the above restrictions are breached and any individual found to be flaunting the rules, they will be removed from the coach immediately, irrespective of the location of the vehicle. It is obviously in everyone’s interest and to encourage people who are understandably wary about using the coach, that behavior is kept within the bounds of common sense.