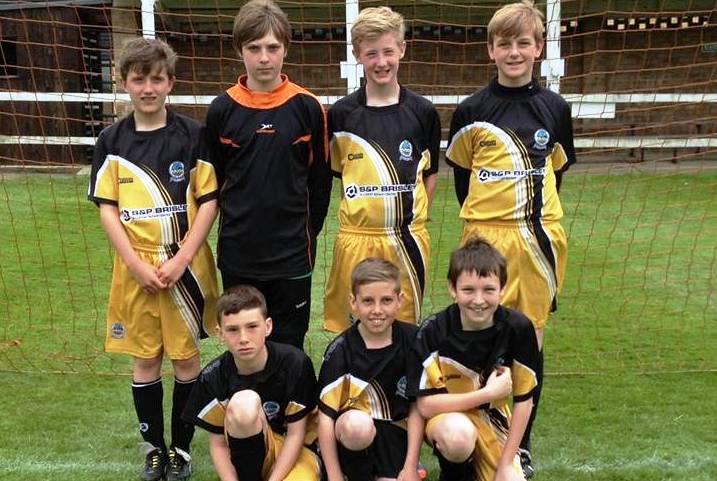 *BS*Dover Athletic Youth Section have formed a new Under-13 team for next season and have already played their first competitive matches.*BF*

“The team got off to a fantastic start when they took part in the prestigious Kent League 6 a side tournament at Corinthian.

“Playing teams that will be competing in the Kent League next season, Dover Athletic played some superb football in the group stages beating Chatham Town A 5-0, Holland & Blair A 1-0, Danson Sports 1-0, APM Holtwood A 3-0 and Bredhurst Juniors A 3-1.

“In the semi final they deservedly beat one of the other group winners Park Regis 3-1 before lining up against Welling United in the final. In the end the boys could do no more, losing 3-0 in a tight game to a very good team.

“The team really caught the eye not only for their kit (sponsored by S&P Brisley Accident Repair Centre) but also for their excellent attitude and fantastic style of football that saw them win many admirers.”

The Under-13s are still on the lookout for one to two talented players to strengthen the squad for next season, so if you are currently in Year 7 and want to be involved please call Simon Hanson on 07899 603301.