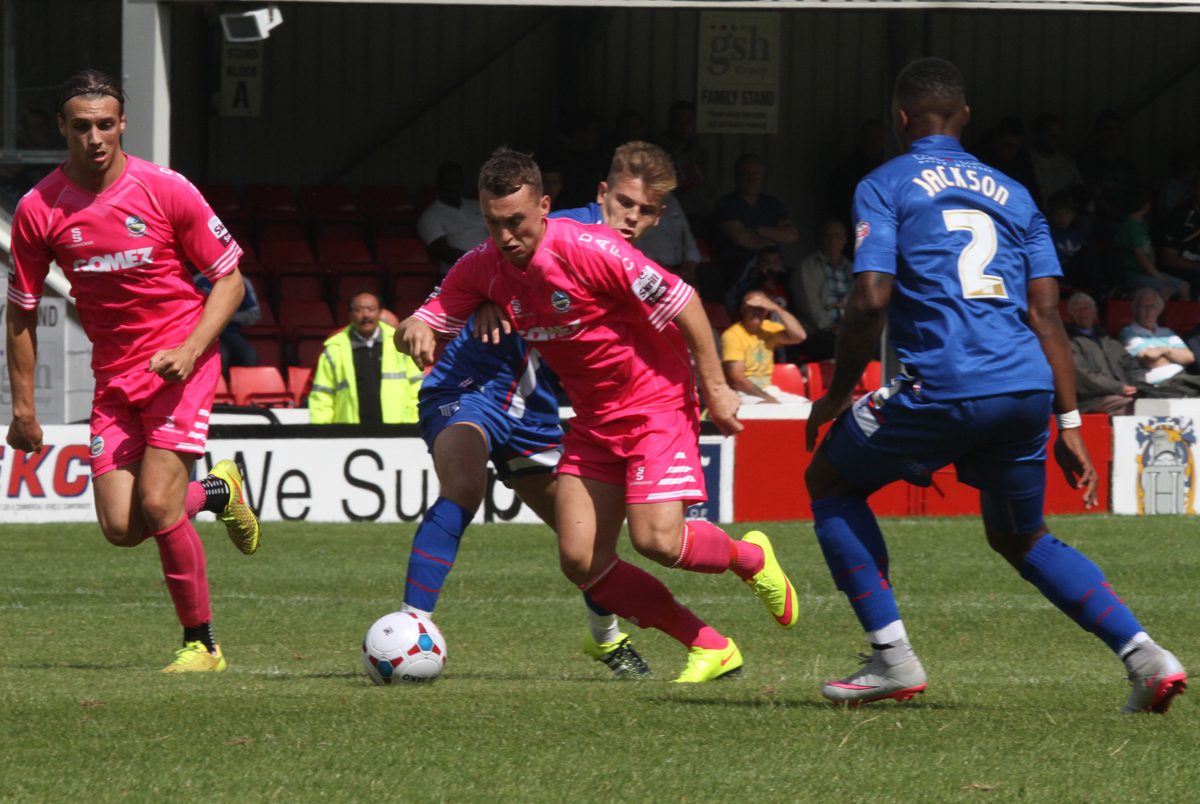 It was their third win of pre-season, which included a respectable draw against League One club Gillingham, and Chris Kinnear’s side will be up and firing ahead of their Vanarama National League opener.

They start with a near 750-mile round trip to Barrow, who won the Conference North on the final day of the season with a 3-2 win at Lowestoft Town which saw them finish two points ahead of runners-up AFC Fylde.

*Lpic1**BS*TEAM NEWS*BF*
Ricky Miller was in fine form during pre-season, with the striker scoring four goals and often showing flashes of brilliance and sharpness, and he is likely to start up front for Dover.

The ex-Luton Town player scored five goals in ten appearances for Whites while on loan from the Hatters last season, as he helped Kinnear’s side start to find form which eventually saw the club finish a fantastic 8th place in their first season back in the Conference.

Defender Sam Magri is also expected to be included in the starting line-up while fellow new signings Duane Ofori-Acheampong and Naby Diallo may also feature at Barrow.

*BS*MORE ON THE OPPOSITION*BF*
Barrow’s Conference North title win ensured promotion back to the Vanarama National League for the Cumbrian side after a two-year absence from non-league’s top flight.

Since Barrow’s relegation from the Football League in 1972, they have endured somewhat of a yoyo ride between the top two divisions of non-league over the last 43 years without playing in any other division, with last season’s promotion being their fifth during that spell.

Their best ever finish in the Conference since being relegated from the Football League was 8th in the 1981/82 season, although they finished 28 points behind winners Runcorn – who were denied promotion to the Football League due to not receiving enough votes from league members.

*BS*HEAD-TO-HEAD RECORD*BF*
Many Whites fans will remember the famous FA Trophy Quarter-Final tie against Barrow in 1997/98, before Dover were defeated by Cheltenham in the semi-final in controversial circumstances.

After initially been drawn at Crabble, Liburd Henry scored in a 1-1 draw to force a replay at Holker Street, where Whites triumphed 5-4 in a penalty shootout after a goalless draw.

The Cumbrian side did enjoy some revenge the following season after beating Dover 1-0 at Holker Street in 1998/99, while the reverse scoreline at Crabble was a 1-1 draw again.

*Lpic2**BS*GOING TO THE GAME?*BF*
The Dover Athletic Supporters Club are running a coach to Barrow, and seats are still available for any Whites fans wishing to travel to support Dover in their first game of the season.

Fans must contact Andy Fisher on 07934 300335 ASAP to book their place on the coach, with prices as follows:

Fans travelling by train must depart at Barrow-in-Furness station, before exiting on Holker Street and turning right, with the ground being located approximately half a mile away.

Fans driving to the ground must travel along the A590 from the M6 Junction 36, before entering Barrow via the industrial route along Park Road towards the Town Centre. Pass the fire station on the right then take the next left into Wilkie Road, with the ground being located on the right hand side.

The postcode for the ground is LA14 5UW.