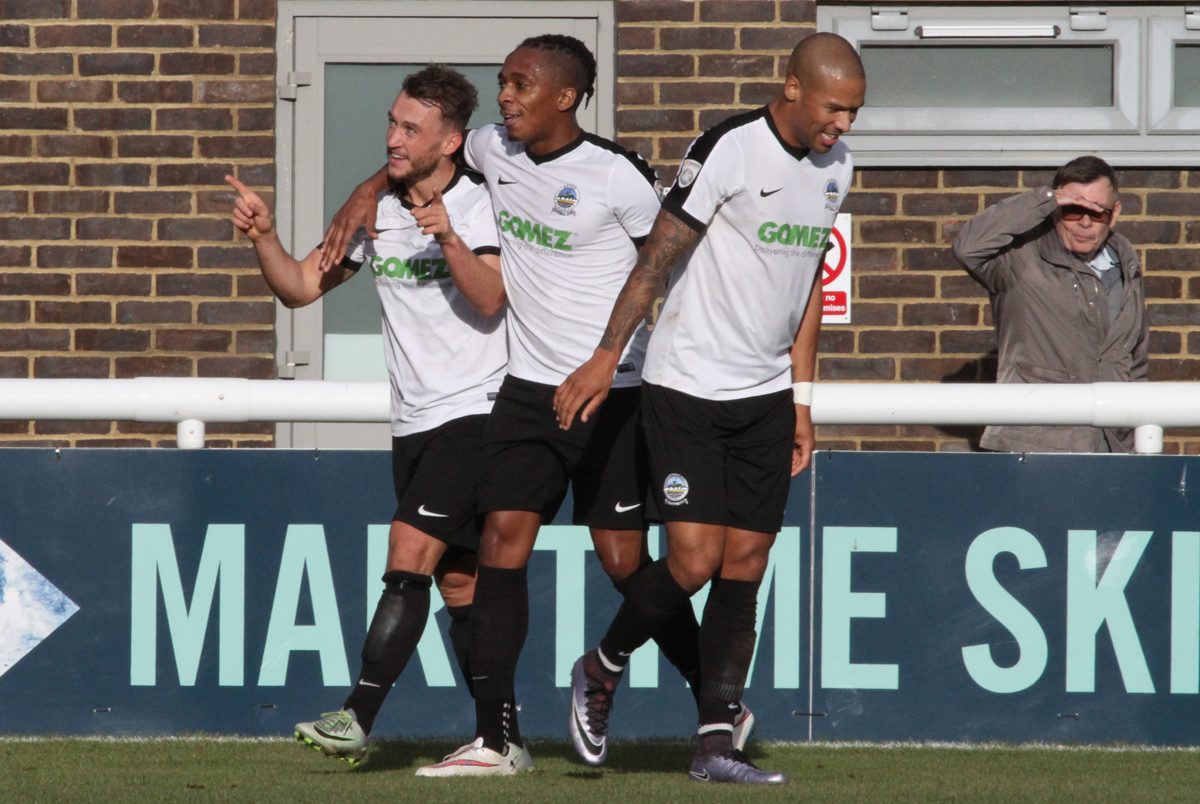 DOVER will be looking to build on their impressive performance against Braintree when they make the short trip to Bromley on Tuesday.

Whites crushed the Essex side 6-1 but boss Chris Kinnear is looking forward, not back.

He said: “It’s all about Bromley now, not what happened on Saturday.

“We’ve got to focus on the job at hand and do our best to beat Bromley – nothing else matters.”

Bromley will start the game 17th on the National League ladder, eight places and 10 points behind Kinnear’s side.

But Whites are still to win at Hayes Lane in non-league’s top-flight.

Honours finished even between the sides at the venue last season after Bromley scored an equaliser two minutes from time to earn a 1-1 draw.

Nicky Deverdics had put Whites ahead in the 70th minute before Bradley Goldberg saw his penalty saved by Mitch Walker but he scored from the rebound.

Bromley lost 2-1 on the road at Wrexham on Saturday, this came a week after the 4-2 FA Cup loss at Braintree.

Their last two home games have seen a 1-1 draw against Lincoln City and a 2-1 win against Woking.

Whites’ top scorer in the league this season is Ricky Miller with 14, the best return in the competition, while Bromley’s leading man is Blair Turgott with five.

Tyrone Marsh (knee), Richard Orlu (hamstring) and Chris Kinnear jnr (back) will all miss the trip.

For Dover fans wanting to show their colours at Bromley by wearing the matching shirts as the players, Whites will be wearing their blue shirts.

If you are unable to make the trip to Hayes Lane we will have live updates on Twitter – @DAFCLiveText – follow us and get all the news as it happens!