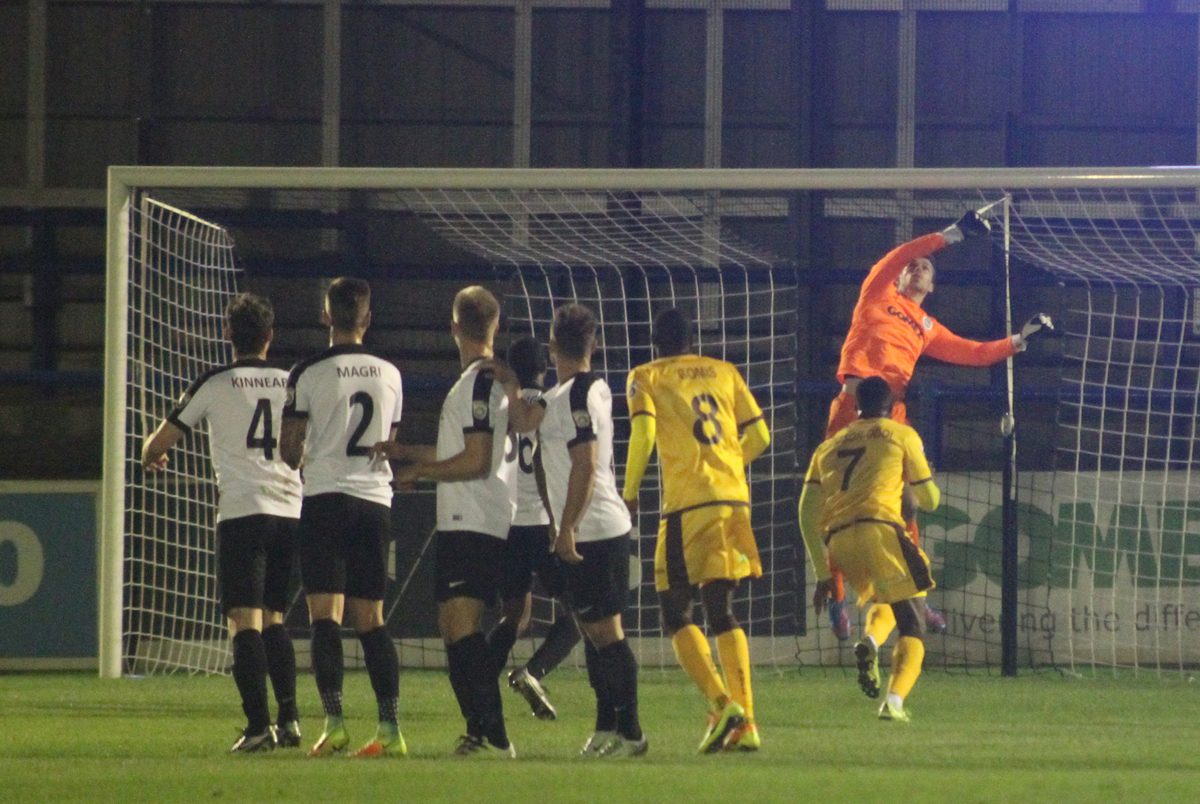 MANAGER Chris Kinnear has received a much-needed fitness boost with goalkeepers Mitch Walker and Steve Arnold both in contention to play in the FA Cup clash at Burgess Hill Town on Saturday.

Walker (leg) was in doubt after getting injured during the defeat at Gateshead last Saturday while Arnold (ankle) has been absent since the loss at Chester a week earlier.

Ricky Modeste is also fit to play against the Ryman Premier League side after missing the past four matches while Sam Magri is back from international duty with the Malta under 21’s.

But it’s not all good news for Whites as they aim to reach the first round for the fourth consecutive season.

Aswad Thomas and Moses Emmanuel are both suspended while midfielders Chris Kinnear jnr and Leyton Orient loanee Sammy Moore will also both be missing at the Green Elephant Stadium.

Kinnear has a back injury while Moore’s parent club won’t let him play in the fourth round qualifying tie.

Dover’s other loanee, Eastleigh’s Ayo Oblieye is available to play at a ground where Whites have tasted FA Cup success before.

Goals from Andy Hessenthaler and Matt Carruthers sealed a 2-0 win in September 2007.

Whites also won both Ryman 1 South league meetings between the sides that season 1-0 with both goals scored by Jimmy Dryden.

The Hillians booked their place in the round after crushing Cadbury Heath, who play their football in The Toolstation Western Football League – Premier Division, 6-1.

They are unbeaten in their past 11 games in all competitions, a run that includes six wins.

Whites’ top-scorer this season is Ricky Miller with 10 following his strike at Gateshead last Saturday.

The Hillians leading man is Pat Harding with five, a haul which includes a hat-trick in the FA Cup win against Cadbury Heath.

For Dover fans wanting to show their colours by wearing the matching shirts as the players, Whites will be wearing their blue shirts.

There will be a Supporters Club coach making the trip to Sussex and it’s not too late to get on it.