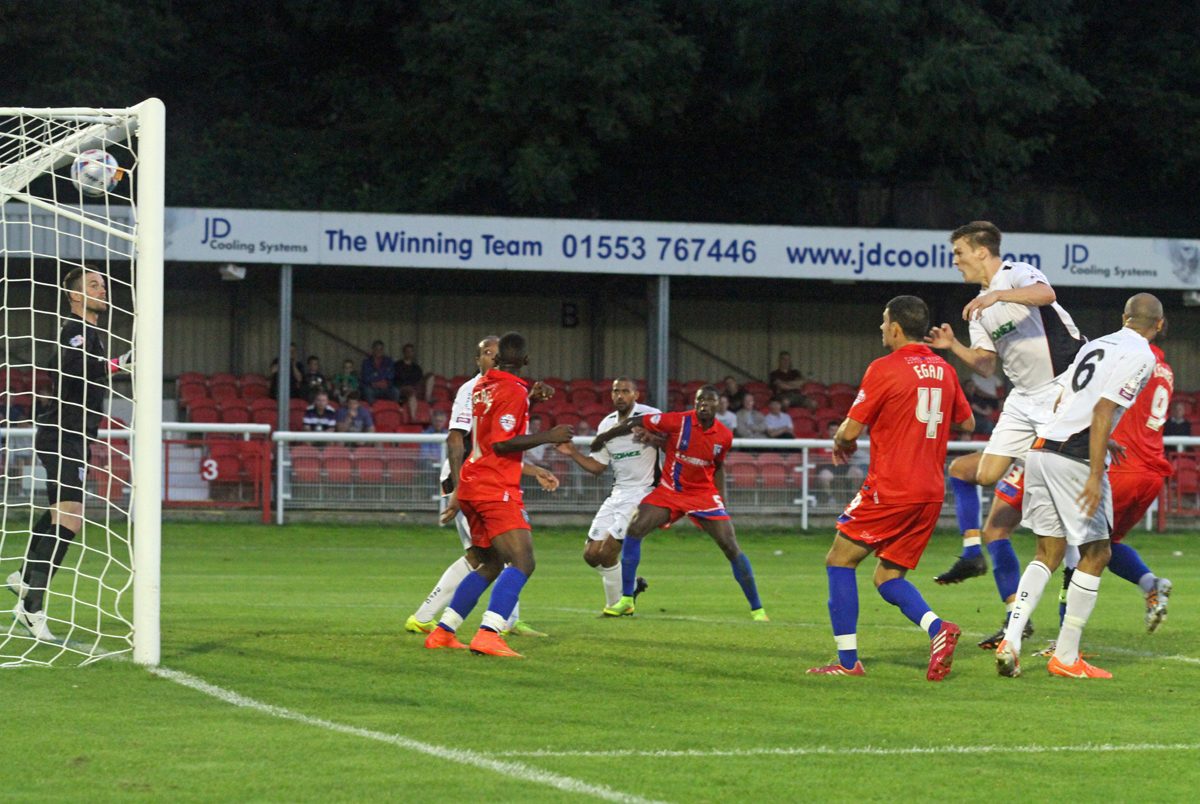 *BS*Dover Athletic host Kent rivals Gillingham in their final home pre-season friendly before the start of the 2015/16 National League season.*BF*

Whites come off the back of a disappointing 0-3 defeat to Southern Counties East League Premier Division side Greenwich Borough on Wednesday night.

Chris Kinnear’s side will be looking to put that defeat behind them as there is just two weeks on Saturday to prepare before the start of the new campaign.

*BS*Team news*BF*
New signing Sam Magri made his first appearance for the club since signing following a successful trial in Dover’s defeat to Greenwich and is expected to get some more match time on Saturday.

Striker Ricky Miller’s three match scoring run came to an end on Wednesday night but he remains top scorer this pre-season with three goals to his name.

*BS*Opposition form*BF*
Justin Edinburgh’s Gills side have already beaten three other Kent teams so far this pre-season against Folkestone Invicta (0-3), Tonbridge Angels (1-2) and Bromley (1-2). They are due to play Hastings tonight (Thursday).

Their most recent recruit is Chelsea under-21 captain Jordan Houghton who made his debut in Tuesday’s win against Bromley.

Midfielders Jake Hessenthaler and Doug Loft will play no part in the friendly due to injuries. Striker Cody McDonald is also unavailable due to a knock he has picked up.

Last season Gillingham finished in 12th position in League One, seven points from a play-off position.

Justin Edinburgh took over from Peter Taylor on February this year with the club just one place above the relegation zone.

*Lpic2**BS*Previous meetings*BF*
The two teams played in a pre-season friendly last season with Kinnear’s side prevailing with a 1-0 win courtesy of a Sean Raggett header in the second half.

Whites and Gills also squared off in a pre-season match at Crabble in the summer of 2012 where the visitors came away with a 1-2 win. Adam Birchall scored for Gillingham that day.

However one of the more famous meetings between the two sides would be November 2010, where Whites secured an incredible 0-2 win at Priestfield Stadium in the FA Cup first round courtesy of a memorable strike from Adam Birchall and Luke l’Anson.

*BS*Match information*BF*
Admission for Saturday’s friendly is just £5 for adults while under 11s go free.