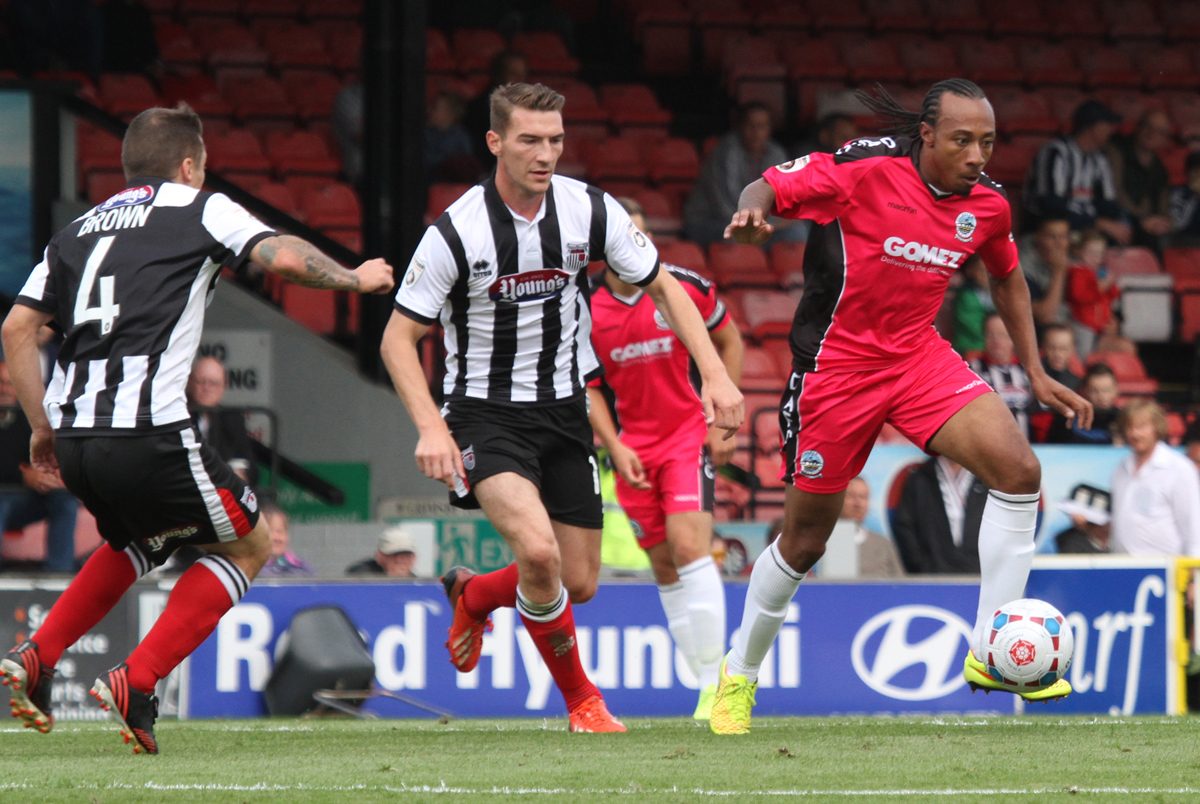 *BS*Dover Athletic look to make it four wins in ten days as they host a title contenders Grimsby Town at Crabble on Tuesday.*BF*

Whites defeated play-off hopefuls Gateshead last Saturday thanks to a fantastic Connor Essam volley – his second goal since that famous 0-1 win at Cheltenham Town in the FA Cup second round in December.

Grimsby Town, also known as The Mariners, are in fine form having won five and drawn one of their last six matches, including a 1-3 win at Barnet courtesy of two goals in the final minute of the match and are chasing down Bristol Rovers and Barnet above them.

*Ppic1**BS*Team news*BF*
Goalkeeper Mitch Walker kept his first clean sheet of the season last Saturday in an injury hit campaign for him.

Dan Holman was an unused substitute having missed four games with an injury and is expected to remain on the bench against Grimsby.

*Link1* could make his debut for Whites having signed for the club yesterday.

Mariners top scorer Lenell John-Lewis has 14 to his name this season and is expected to start up-front against Dover.

Last Saturday the Mariners beat Eastleigh 2-1 courtesy of Ollie Palmer’s fifth goal of the season and a Lenell John-Lewis strike with just 12 minutes to play.

After Tuesday’s game, Grimsby only play one team in the top 10 (Gateshead) so they will fancy their chances of hunting down Barnet and Bristol Rovers having one eight of their last 11 matches.

The visitors to Crabble have the second meanest defence in the league having only conceded 34 times in the league to date. Only Bristol Rovers have conceded less (32).

The season before, The Mariners also fell at the first hurdle of the play-offs, this time losing to eventual play-off winners Newport County.

*BS*Earlier this season*BF*
Whites travelled to Blundell Park way back in August for their third game of the Vanarama Conference and came away with their first points of the season *Link2*.

Despite going a goal behind with just 15 minutes left to play, Matt Lock, who recently parted company with the club, scored a dramatic late equaliser which ensured Dover’s first point and goal of the season.

However it could have been even better for Whites – Jake Reid was fouled inside the box in the dying seconds, but Christian Nanetti missed the resulting penalty which meant the points would be shared.

*Lpic2**BS*Match Information*BF*
Dover have had an impressive home record on Tuesday nights this season. Winning seven and drawing one excluding Kent Senior Cup.

Whites will remain in 10th place regardless of the score against Grimsby, however a win would see Dover just seven points adrift of the play-offs.

Fans that cannot make it to Crabble on Tuesday can follow the key match events via *Link3* on twitter.