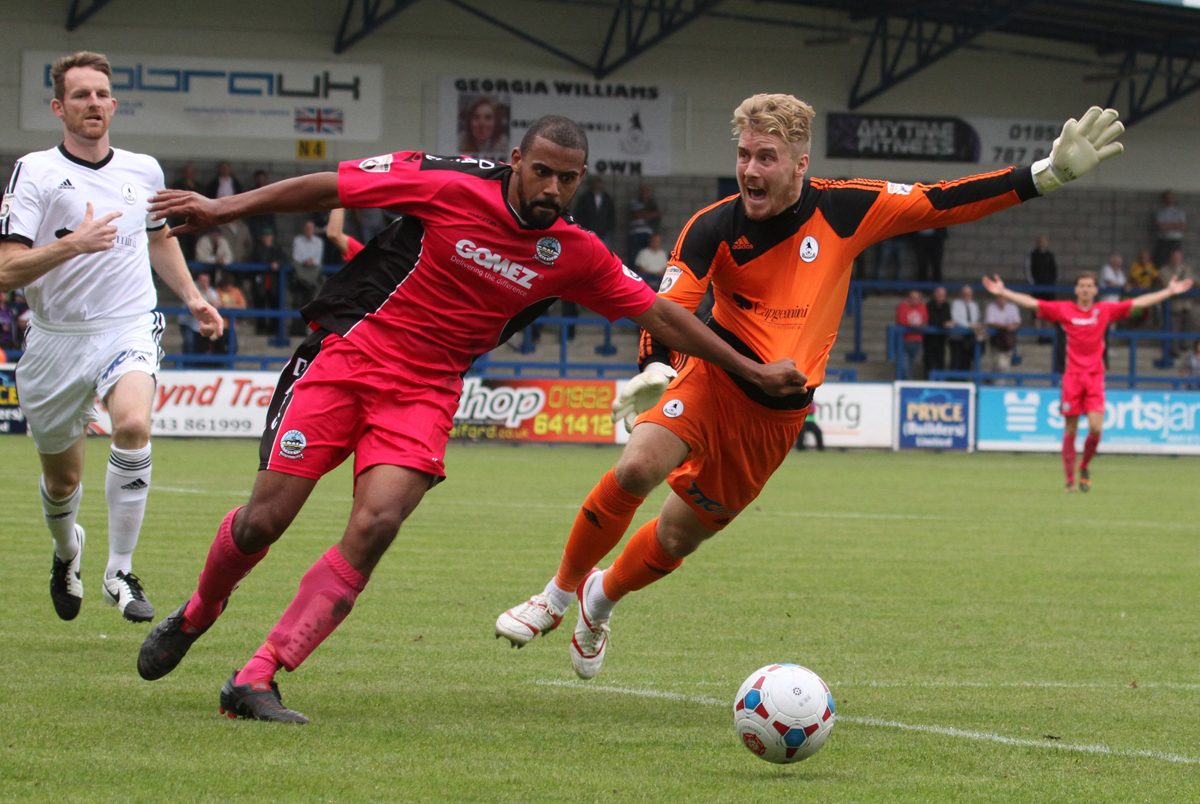 *BS*Dover Athletic travel to Princes Park on Tuesday evening as they take on Dartford in an important Kent derby in the Vanarama Conference Premier.*BF*

Whites suffered back-to-back defeats at Crabble last week – losing 3-0 to Barnet in front of the BT Sport cameras before falling to a 1-0 defeat to Macclesfield Town on Saturday.

Those two defeats saw Dover fall four places from 16th to 20th – which sees them linger only one point above their opposition in 21st.

A win for Whites could see them retake the position where they left off a week ago but could fall in the bottom four if they are defeated.

*Q1*Despite the significance surrounding this game, manager Chris Kinnear believes it’s too early to consider this fixture ‘a six-pointer’ at this stage of this season as there are still 37 league games to play this season.

Speaking to DAFCtv following his side’s 1-0 loss to Macclesfield, Kinnear said: “It’s a Kent derby; it will be all-action, everyone will be working hard. It could go either way. Hopefully we come out with the points but again we’ve got to keep our heads and get on with it.

“We knew when we came in it was going to be a learning process. Fortunately for Dartford they’ve been in there for a few years so they probably know the league a little bit better to us.”

*Ppic1*Still missing for Whites is Ricky Modeste who is still carrying the injury suffered in his side’s 2-1 win against Eastleigh last month while Kinnear stated he is unsure if Luton Town-loanee Solomon Taiwo will feature as he is carrying a hamstring injury.

They face a Dartford side who are currently enjoying their third season at this level after they were promoted via the Conference South play-offs in 2012 – defeating Welling United 1-0 in the final in a Kent derby.

The Darts enjoyed a superb first season back in the Conference after a 16-year absence as they finished 8th, however they suffered the infamous ‘second-season syndrome’ after finishing 22nd and seven points adrift of safety last season.

However, they were one of two teams given a reprieve as Hereford United and Salisbury City were demoted from the Conference following financial difficulties, with Chester being the other club getting reinstated into the top tier of non-league football.

Like Dover, Dartford have also endured a difficult start to their Vanarama Conference Premier campaign this season – just picking up one win (a 2-1 win against AFC Telford United at Princes Park) in their opening nine games.

However, the Darts have not lost at home since their opening day 2-1 defeat to Wrexham, and most recently came from two goals down to earn a credible draw against high-flyers Eastleigh last week.

*Lpic1*But they do hold the joint-lowest goal-scoring record along with Welling and Alfreton Town with just 7 goals to their name, with last season’s top-scorer Elliot Bradbrook notching up three of those strikes.

Whites have suffered two comprehensive defeats in their last two league visits to Princes Park – losing 4-0 in the 2010/11 season before losing 3-1 in the following season – both in the Conference South.

Charlie Sheringham’s brace with further goals from Tom Champion and Danny Harris claimed a 4-0 win which all but ended Dover’s hopes for a play-off place before goals from Adam Green, Ryan Hayes and Bradbrook claimed a second successive home league win over Whites despite Argentinian player Agustín Battipiedi cancelling out Green’s opener.

The last league win at Princes Park dates back to *Link2* thanks to goals from Jon Wallis and Sammy Moore to claim their second successive win in their Ryman Premier League winning season under Andy Hessenthaler.

*Lpic2*However, Dover did record a comprehensive win of theirselves on their last visit to Dartford as goals from trialist Andre Blackman, Moses Ademola and an own goal from Tom Wellham *Link3* before losing to Ebbsfleet United in the final last season.

There will be a supporters’ club coach running to Dartford – click *Link1* for more information on how to book your spot on the coach now to avoid missing out on the big Kent derby.

Dartford is the nearest rail station to Princes Park – where fans should exit the station straight ahead towards the Orchard Theatre/Shopping Centre. Do NOT cross the bridge but take the steps/ramp down to the Bus stops, then take the Fastrack B service towards Bluewater/Gravesend and alight at the Princes Park stop. Buses run every 10 mins during the day, with a slightly longer interval in the evenings.

Fans unable to attend the game can follow @DAFCLiveText on Twitter for live coverage of the game.