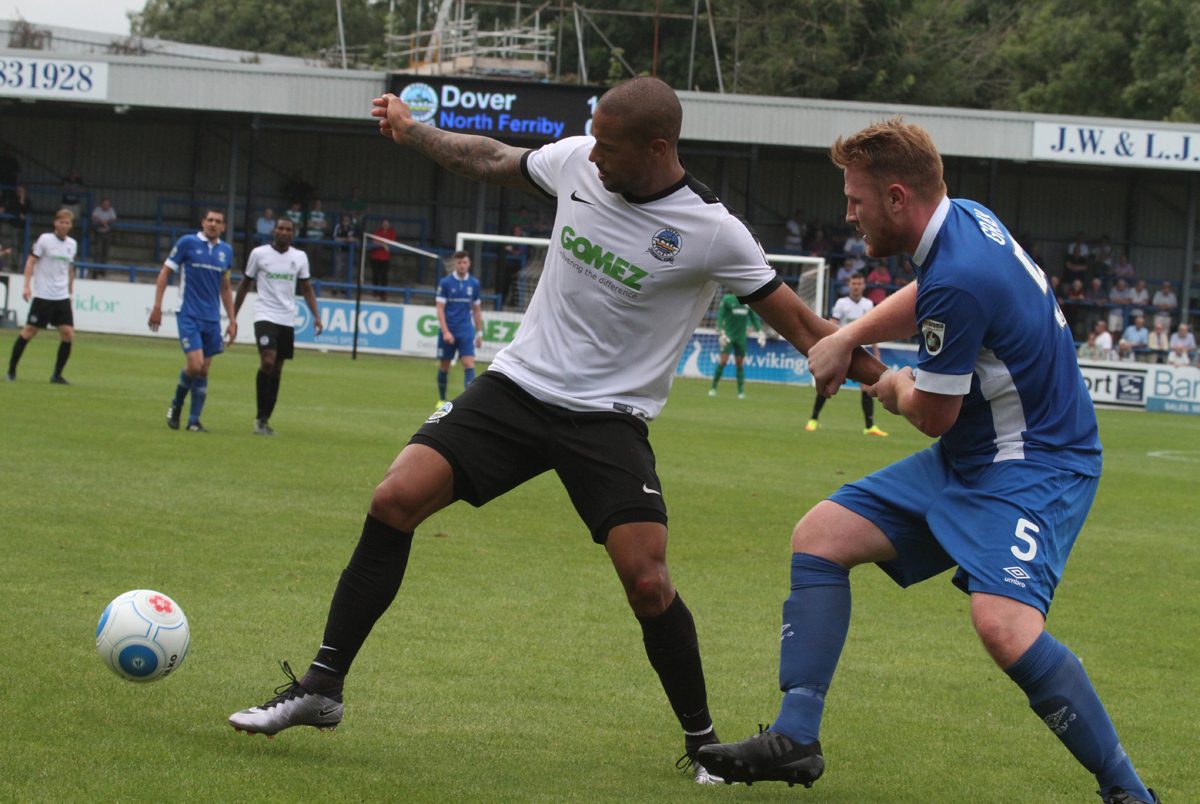 Ross Lafayette scored for Eastleigh against Dover at the Silverlake Stadium last season.

Now the striker will be aiming to find the back of the net for Whites against the Spitfires when the two sides clash in the fourth games of their Vanarama National League campaigns.

Boss Chris Kinnear’s side won 5-2 at the venue last time out with doubles from Ricky Miller and Nicky Deverdics while Tom Murphy scored the other in the rout.

Deverdics (Hartlepool) and Murphy (Maidstone) have since departed while Miller should come back into the squad after missing Saturday’s 2-0 win against North Ferriby United through suspension.

Lafayette replaced Miller against the newcomers and made an immediate impression on his first start for the side following his appearance as a second half substitute against Boreham Wood in midweek.

The 30-year-old set up Moses Emmanuel to score the opener before securing the win with a spectacular curling effort.

Lafayette scored eight goals in 38 appearances for Eastleigh after joining from Luton Town in the summer of 2015.

While Whites claimed the three points in Hampshire last season, Eastleigh won the return contest 2-1 at Crabble thanks to James Constable’s double while Ricky Modeste was on target for Dover.

THE STORY SO FAR

Dover won for the first time this season after beating North Ferriby on Saturday while Eastleigh suffered their first defeat of the season at Tranmere Rovers.

Top-of-the-table Tranmere won 2-1 after James Norwood scored the winner in the final seconds of stoppage time at Prenton Park.

Those results see both sides on four points with Eastleigh 12th and two places ahead of Dover on goal difference.

Ricky Miller is available again for Dover after his one-game suspension while Richard Orlu has recovered from illness which saw him sit out Saturday’s game.

Flitney will not have fond memories of tonight’s corresponding fixture – he was sent off.

Kick-off is at 7.45pm, but if you cannot make it to Hampshire, we will have live updates on Twitter – @DAFCLiveText – follow us and get all the news as it happens!