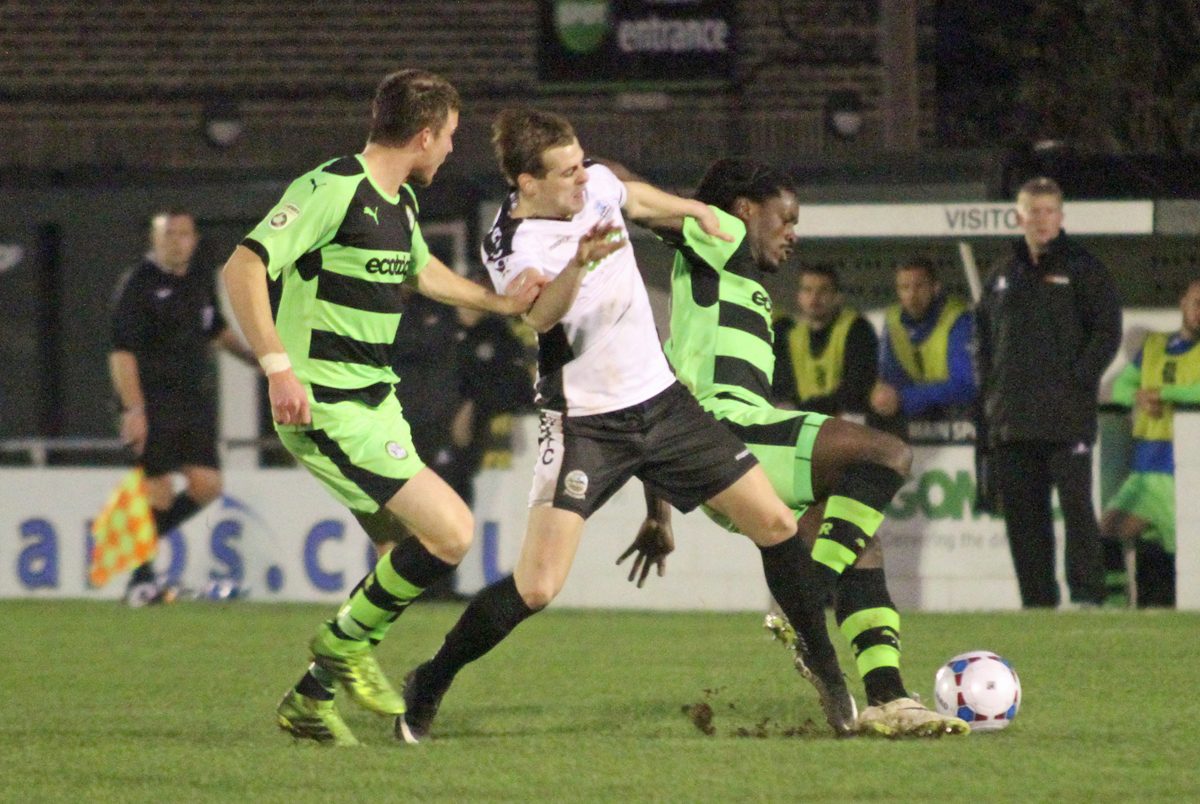 *BS*Dover Athletic travel to promotion contenders Forest Green Rovers in the final match of the 2014/2015 Vanarama Conference season on Saturday.*BF*

Whites prevented Bristol Rovers from going top of the Conference last Saturday as Ricky Modeste’s late equaliser secured a 1-1 draw with the Gas. The door was left ajar by Barnet who could only manage a 1-1 draw at Kidderminster.

Chris Kinnear’s side are currently 8th in the table and equalling or bettering Halifax’s and Gateshead’s results on the final day will guarantee finishing 8th in the table.

*Ppic1**BS*Team news*BF*
Sean Francis was unavailable due to injury in the last game against Bristol Rovers and is expected to miss the final game against Forest Green.

Supporters and players player of the year winner Tryone Sterling is set to start in defence for Whites on Saturday.

Golden boot winner Stefan Payne is also expected to keep his place in the starting line-up.

For the visitors, left back James Jennings has recently returned to fitness but is unlikely to be involved. Midfielder Corby Moore is also a major doubt as he is suffering from illness.

Midfielder Sam Wedgbury is expected not be risked as he continues his return from a hamstring problem. He was on the bench in their last game against Gateshead and came on with six minutes to play.

Top scorer John Parkin has scored 25 goals so far this campaign including a brace against Gateshead last time out. Only Barnet’s John Akinde (31) has scored more goals in the Vanarama Conference this season.

*BS*Opposition form*BF*
Ady Pennock’s Forest Green Rovers currently occupy the final play-off position and they will know if they defeat Dover they will be guaranteed a play-off spot irrespective of the Macclesfield result, who are one point behind them.

Forest Green have won their last three matches against Chester, Macclesfield and Gateshead scoring 11 goals in the process.

*Lpic1*Rovers have only lost two games in the league since Boxing Day. They were against Aldershot and Woking.

However Saturday’s hosts have not kept a clean sheet since a 0-0 draw at Wrexham back on February 24.

*BS*Last time they met*BF*
Whites hosted Forest Green back in November *Link1* on a day where either side could have claimed all three points if chances were taken.

It is the only 0-0 game Whites have had in the league to date – their only other stalemate being an encounter with Eastbourne Borough in the FA Cup fourth qualifying round.

*BS*Match information*BF*
Only Barnet and Eastleigh have score more goals than Forest Green this season.

Over the last three seasons, Forest Green have finished 10th and have not made the play-offs in neither of their 16 consecutive seasons in the conference.

Forest Green have increased their capacity for the game against Dover and has been described as the biggest game in their history.

For those going to the game, ticket prices are £15 for adults, £11 for seniors, £7 for young adults and juniors enter for £4.

*Lpic2*Supporters unable to make the trip for the last game of the season can keep up to date with the match action via *Link2* on twitter.