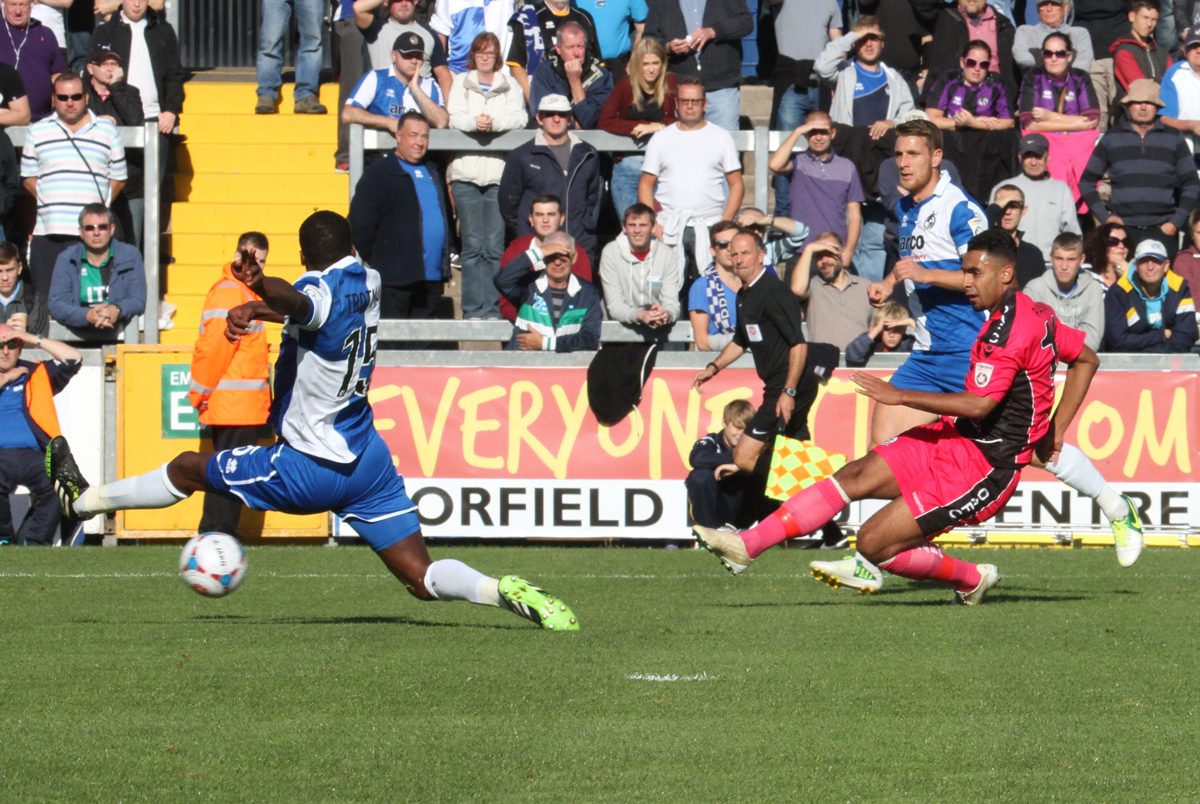 *BS*Dover Athletic make their longest trip of the season as they travel 350 miles to face last season’s play-off finalists Gateshead in the Vanarama Conference on Saturday.*BF*

Whites recorded their biggest win of the season in midweek as *Link1* on Saturday to extend their unbeaten run in the league to five games.

And after gaining only 7 points out of a possible 33 in their opening 11 games, Chris Kinnear’s side have lost only twice in their following 11 league games since as they find themselves amongst the top of the form table.

But they face arguably their toughest opposition yet in the form of Gateshead, who are looking to avenge last season’s play-off final defeat to Cambridge United with promotion this time around.

*Q1*Kinnear spoke to DAFCtv about the difficult fixture following Dover’s emphatic victory on Tuesday night: “The chairman’s chartered a flight and we’re going from Biggin Hill up to Newcastle, we’re meeting at 10:30 so we must be flying about 11:00 [or] 11:15, against Gateshead who the chairman and I went to watch in the play-off final and I thought they were a bit unlucky against Cambridge but against a good Cambridge side.

“They’re a good side, they’re two points of second place (before Tuesday night’s fixtures) as well so again it’s all part of our learning experience.

“Early on in the season we played six of the best seven sides in the league, this was the only one we didn’t play of the top sides so this will be a good judge for us but again what we are going to do is go up and do what we’ve been doing; trying to win games and we’ll try and go there and win.

“Obviously they’ll have something to say to that but whatever happens, I know the lads will give 100% because they have done this year and last year.”

*BS*TEAM NEWS*BF*
Kinnear has gone into the loan market once again to secure the services of *Link2* and *Link3* until January, and both players are available for Saturday’s fixture at Gateshead.

*Lpic1*Striker Poole made over 100 appearances in the Football League for Bury and Hartlepool United, scoring 15 goals, while midfielder Davies returns to Crabble after a successful loan spell in which he helped Whites to Conference South play-off final glory last season.

Nick Deverdics registered his fifth goal in his last seven games on Tuesday night, therefore he is expected to keep his place in the starting line-up as he looks to haunt one of his old clubs for a second time this season after his brace at Alfreton Town two weeks ago.

Following the arrival of Poole on Wednesday, strike duo Nathan Elder and Jake Reid were both transfer listed and are both set to miss this clash after falling down the pecking order.

Gateshead will be without the suspended Valentin Gjokaj after the Albania U21 defender was sent off for two bookable offences on his debut at his new side’s 2-2 draw at Torquay United last weekend.

Gary Mills’ side look strong contenders to clinch at least a play-off spot for a second consecutive season after losing only 4 of their opening 21 games in the Vanarama Conference.

They have lost only twice at Gateshead International Stadium in the league thus far, although one of those defeats included a heavy 6-1 defeat to Grimsby Town in August.

Whites keeper Andrew Rafferty may have not conceded a single goal at Crabble in eight games but he is yet to keep a clean sheet away from home in the league, and he comes up against a side who are one in just six sides to score at least 20 home goals in the league.

*BS*HEAD-TO-HEAD RECORD*BF*
Whites will make their sixth visit to Gateshead International Stadium on Saturday, where they have won three of their past five league meetings between 1993 and 1998, with Kinnear masterminding a 2-1 victory in Dover’s first visit there in April 1994.

The last league meeting between the two sides at the 11,800-seater stadium ended in another 2-1 win for Whites in March 1998, with Liburd Henry and Sammy Ayorinde scoring for Dover.