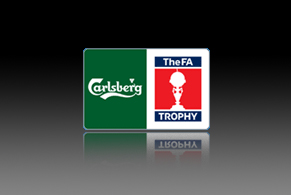 *BS*Dover Athletic switch their attentions from the FA Cup to the FA Trophy Second Round as they travel to Havant & Waterlooville on Saturday.*BF*

The chance to reach the third round of a different FA competition beckons, with Chris Kinnear’s side the sixth highest ranked team left in the competition.

The FA Trophy is the only cup competition that Dover are still in, with them being knocked out of the Kent Senior Cup in November, and the FA Cup last week.

*Ppic1**BS*TEAM NEWS FOR DOVER*BF*
Winger Ricky Modeste is in contention to be in the starting XI after he returned from injury playing the final 10 minutes against Palace. That was his first appearance in 32 games.

Midfielder Christian Nanetti is in contention to start against his former club on Saturday.

Chris Kinnear Junior will be pushing to make the bench after recovering from a recent knee injury in the FA Cup second round win against Cheltenham which has kept him out of the last six games.

Top scorer Stefan Payne (12 goals) is expected to lead the line again with Tom Murphy playing just behind him.

*BS*TEAM NEWS FOR HAVANT AND OPPOSITION FORM*BF*
Havant needed a first round replay to see off Southern League Premier Division side Weymouth, having drawn 1-1 in the first game.

*Lpic1*The Hawks beat Hayes & Yeading 4-2 in their last game despite going 0-1 down early on.

Manager Bradbury dropped top scorer JJ Hooper (12 goals in all competitions) in their last game against Hayes & Yeading. He may be recalled for the game against Dover.

Forward Bradley Bubb scored a brace against Hayes and is expected to keep his place in the starting XI.

Havant have only lost two of their last 11 games in all competitions – both of those defeats were against local rivals Gosport Borough.

Dover’s opponents on Saturday boast one of the meanest defences in the Conference south, having conceded just 24 goals. Only Ebbsfleet, Basingstoke and Gosport have conceded less in that league.

*BS*PAST MEETINGS*BF*
Dover and Havant met in the second round of the FA Trophy in December 2009 with Whites coming away victorious with Jon Wallis, Nicky Southall and Shaun Welford netting in a *Link2*.

*Lpic2*The last time the two teams met was last season where Kinnear’s side edged *Link3* with goals from Jeff Goulding, Liam Bellamy and a brace from Tom Murphy earning the win.

Whites piped Havant to the final illusive play-off position on goal difference last season, as the Hawks failed to beat already relegated Tonbridge Angels, and Dover managed to beat Hayes & Yeading with an 85th minute penalty which was converted by Barry Cogan.

*BS*MATCH INFORMATION*BF*
Admission for Sunday’s game is £12 for adults and £8 for concessions.

For those unable to make the trip to West Leigh Park, please follow @DAFCLiveText for regular updates during the game.