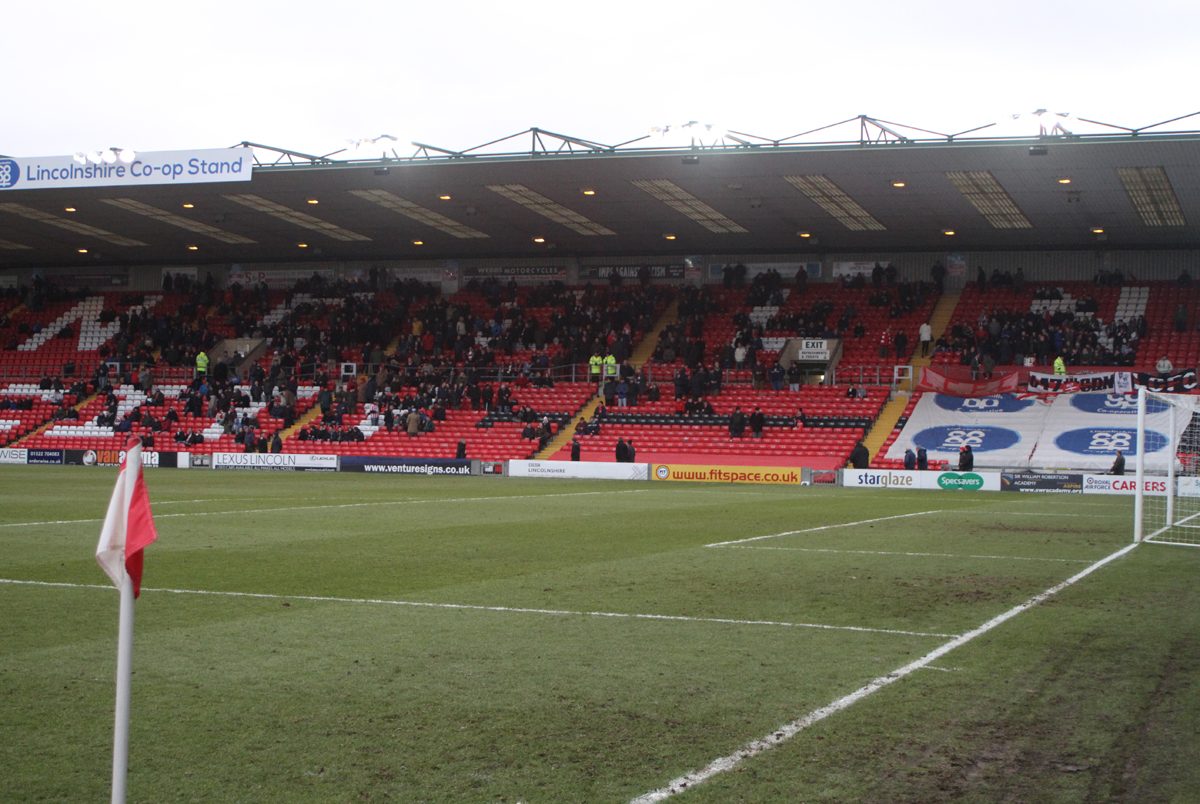 *BS*Dover travel to Lincoln on Saturday, looking to return to the playoff places after last weekend’s washout against Welling United. Standing in their way are an Imps side who are winless in their last seven Vanarama National League matches.*BF*

Whites’ attempts to complete a festive double over Kent rivals Welling United were scuppered by torrential rain last Saturday – with the sides locked at 0-0, and just over twenty minutes remaining, referee Craig Hicks understandably believed that the Crabble pitch was too waterlogged to continue play.

Whites boss Chris Kinnear, speaking to doverathletic.com, agreed that calling time on the match was the right decision – but felt some frustration: “Hand on heart, I did not want it off as we were getting on top and looked like the team that was going to win – but it was awkward and the ball was holding up.”

That abandonment saw the side drop one place in the Vanarama National League, with Macclesfield Town leapfrogging Whites into fifth place after their win away at Tranmere Rovers.

The fixture against Welling was scheduled to be the first of Stefan Payne’s four match absence, however disciplinary rules on abandonments mean that Payne still has four to serve – starting with the trip to Lincoln City on Saturday.

Lincoln completed 90 minutes last Saturday, picking up a point in a 2-2 draw away at FC Halifax. That extended their winless run in the Vanarama National League to seven matches, with four draws and three defeats in that period of time. Their defeats have been suffered against Woking (1-3), FC Halifax (0-1) and arch-rivals Grimsby Town (0-2), whilst the points have been picked up in ties against Boreham Wood (1-1), Welling (1-1), Barrow (2-2) and that match against FC Halifax last weekend.

As such, their last win in the league was back on November 21st. At home, Lincoln have the 12th best record in the division, with 21 points from their 13 games at Sincil Bank. Whites’ away record of 19 points from 15 away travels is the eighth best in the league.

A win for Dover in Saturday’s game could see them climb back into the playoff places, potentially as high as fourth. That is dependent on the outcomes of how Grimsby and Macclesfield – currently third and fifth – perform, with the duo facing Welling and FC Halifax respectively. Fourth placed Eastleigh are in FA Cup action this weekend. Three points for the hosts could see them rise one place to seventh, whilst a defeat could see them slip as many as four places.

Payne’s suspension means that Whites will need to look at a different attacking option for the match, with Tom Murphy likely to be given the nod following Toby Ajala’s midweek departure back to Torquay United. Jamie Grimes is back at match fitness and will be keen to return to the starting XI, whilst Liam Bellamy could also be named in the matchday squad following his own return from injury.

Lincoln’s top scorer this season in the league is Matt Rhead, who has fifteen to his name so far, whilst – in the absence of Payne – Whites’ top scorer on the field will be strike partner Ricky Miller (ten goals), closely followed by Nicky Deverdics (nine). Deverdics has made more assists than any other player in the Vanarama National League so far, with thirteen to his name.

Last season, Lincoln did the double over Dover. Firstly, at Sincil Bank, a solitary goal from Ben Tomlinson ended a run of 13 games unbeaten for Kinnear’s men, whilst the return match at Crabble ended 2-1 to the visitors thanks to goals from Delano Sam-Yorke and Alan Power.