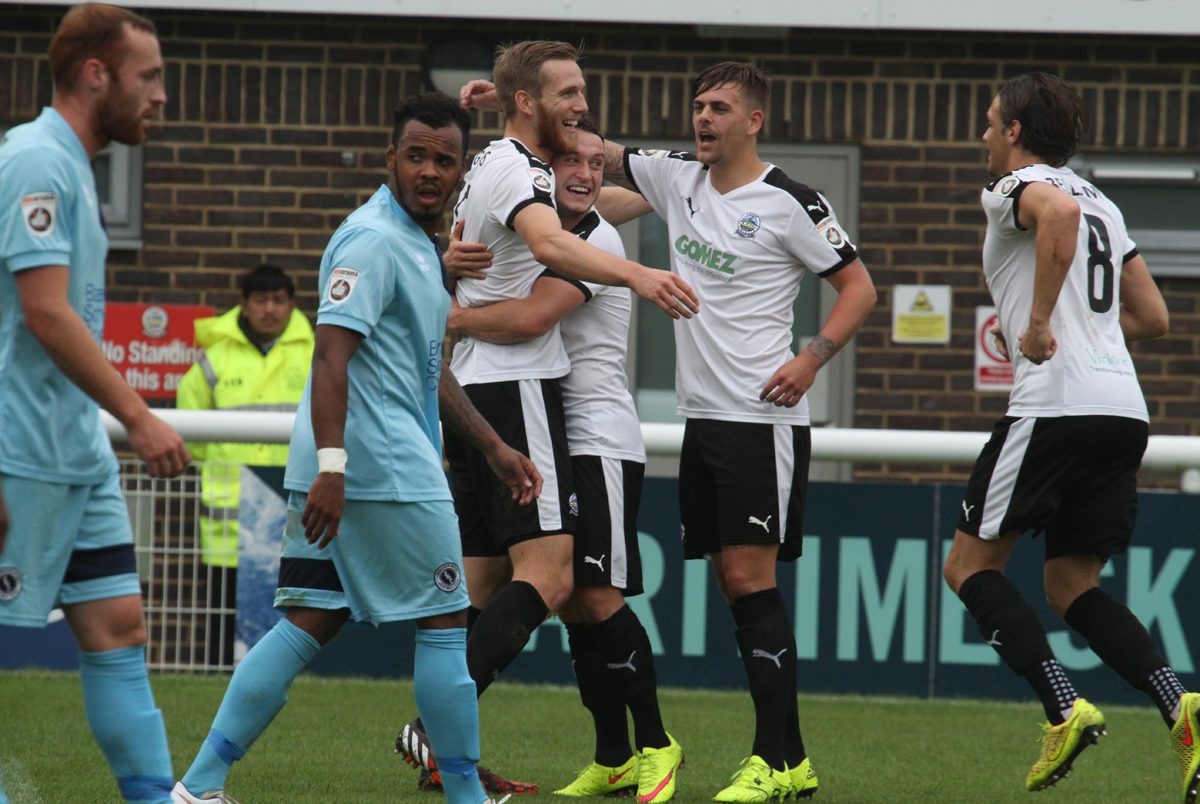 *BS*Dover Athletic make the 630 mile round trip to Merseyside to face a Southport side that have got off to a poor start on Saturday.*BF*

Whites made it six unbeaten as they edged passed a spirited Boreham Wood side on Bank Holiday Monday thanks to goals from Jack Parkinson and Jamie Grimes which cancelled out Harry Crawford’s opener.

Chris Kinnear’s side finish the month of August in seventh place in the Vanarama National League, losing just one game as they begin September full of confidence.

*Lpic1**BS*TEAM NEWS*BF*
Summer signing Jack Parkinson made his full debut in Dover’s last win and scored the equaliser and is expected to keep his place in the starting line-up.

For the hosts, defensive duo Andrai Jones and Josh Thompson are suspended for picking up straight red cards against Barrow a week ago.

*BS*MORE ON OPPOSITION*BF*
Paul Carden’s Southport, also known as the Sandgrounders, claimed their first victory of the season on Bank Holiday Monday with a comfortable 3-0 victory over Altrincham.

The win moved Southport off the foot of the table but still sit in the relegation zone with Halifax, Welling and Kidderminster who are the other teams that occupy the bottom four positions.

The Sandgrounders have failed to score in five of their seven games so far this season, conceding 11 goals in the process.

Striker Andy Bishop signed for Southport at the end of August from fellow Vanarama National League side Halifax.

*Lpic2*He has played the full 90 minutes against Barrow and Altrincham since moving and is expected to start against Whites.

Southport, who are now in their sixth successive Conference season, finished in 19th place last campaign just six points above the relegation zone.

*BS*LAST TIME THEY MET*BF*
Both fixtures between the two clubs last year finished in entertaining 2-2 draws. In February at Crabble, Whites were pegged back twice with goals from Sean Raggett and Dan Holman not enough to claim the victory.

In November at the Merseyrail Community Stadium, Dover managed to get their sixth away point of the season in a hard thought draw.

Stefan Payne headed home Dover’s first in the opening minute, but the hosts responded in the first half to lead 2-1 at the break. However, substitute Sean Francis made sure Dover didn’t come home empty handed.

*BS*MATCH INFORMATION*BF*
For those making the trip to Merseyside, the game will be segregated, with Dover fans behind the uncovered terrace behind one of the goals.
Admission is £13.50 for adults, £10 for concessions, 12-18 year olds enter for £5 with under 11s entering free with a paying adult.

The address for the stadium is Haig Avenue, Southport PR8 6JZ.