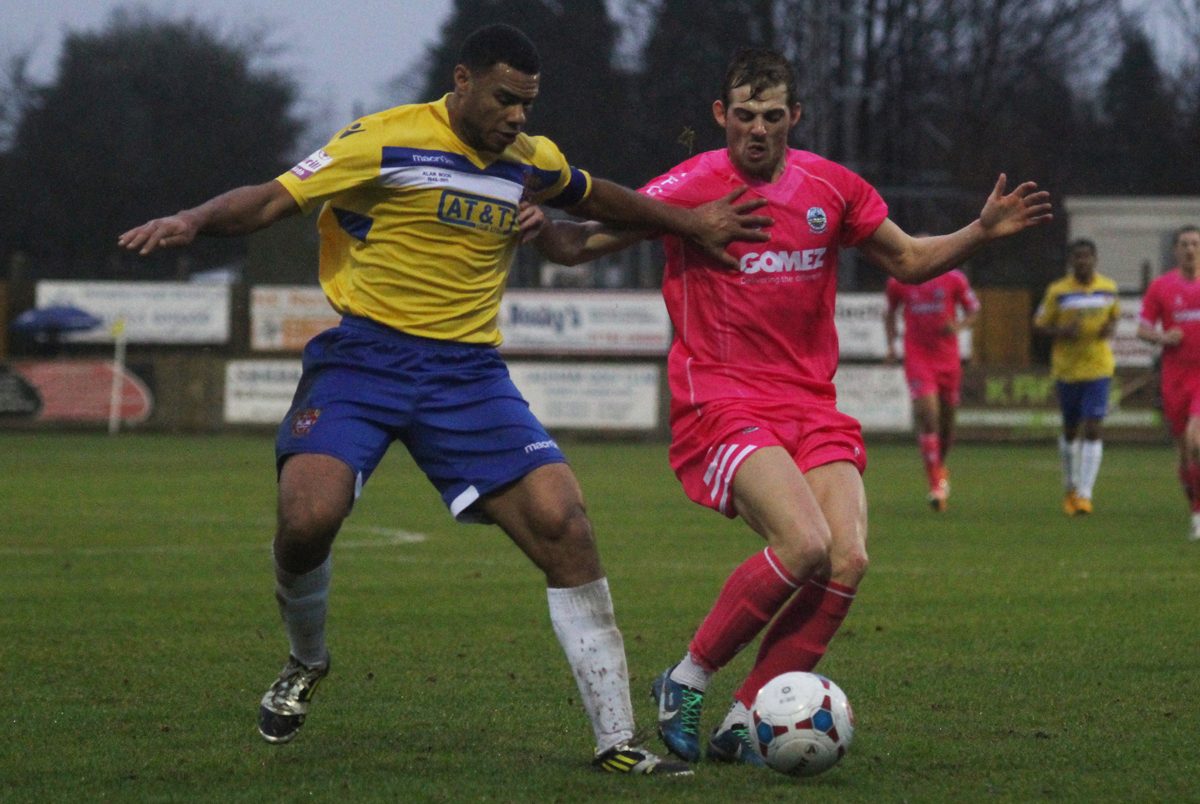 Goals from Richard Orlu and Nathan Elder helped Whites claim the win they needed at Angels on Thursday, and they must repeat that on Saturday against an in-form Staines to stay in contention for the play-offs.

Ricky Modeste is the only injury doubt after hobbling off the pitch late into the game on Thursday, which may see Liam Bellamy introduced into the starting line-up. Callum Davies is expected to keep his place after enjoying another solid display in midfield at Longmead.

Staines head into this game as the in-form team of the league after winning 6 in their last 8 league games. Another win on Saturday would put the visitors within touching distance of the play-offs and stain their opponents’ hopes of their own, making this fixture one of the biggest of the weekend.

Their away form has also helped them steam up the table, winning 3 of their last 4 league games on the road. They joined Dover in the Conference South in 2009 after winning the Ryman Premier League play-offs, and are looking to gain promotion to the Conference Premier for the first time in their history via the play-offs.

The key player for them to watch out for is their top goalscorer Louie Theophanous. The striker joined Staines from Bromley in the summer and has netted 15 times so far in the league for the Swans this season – making him the 4th joint Skrill South top scorer along with former Whites striker Billy Bricknell.

*Lpic1*Whites’ have a poor history against the Swans at Crabble, having not beaten them in over nine years when goals from Shane Hamshare, Craig Cloke and Craig Wilkins sealed a 3-1 victory in September 2004. Since Dover’s Ryman Premier League winning season in the 2008/09 season, Whites have failed to beat Staines in five attempts, with the latter ending in a *Link2* defeat last season thanks to David Wheeler’s strike.

The two sides met in December at Wheatsheaf Park, and Whites did well to prevent another defeat as they came back from two goals down to claim a point in a *Link1* draw. Theophanous scored a first-half brace before second half goals from Nathan Elder and Barry Cogan sealed the comeback draw.

Live text commentary will be provided by Kieran Dodd on Twitter via *Link3* from 14:00 – where team news, pre-match build up, live coverage of the game and other Skrill South scores will be brought to those who cannot make the game on Saturday.

Meanwhile, this big Skrill South encounter is one of many in the country to kick off seven minutes late at 15:07 to mark the 25th anniversary of the Hillsborough disaster. A total of 96 fans were crushed to death almost a quarter of a century ago during Liverpool’s FA Cup semi-final showdown with Nottingham Forest at Sheffield Wednesday’s stadium.