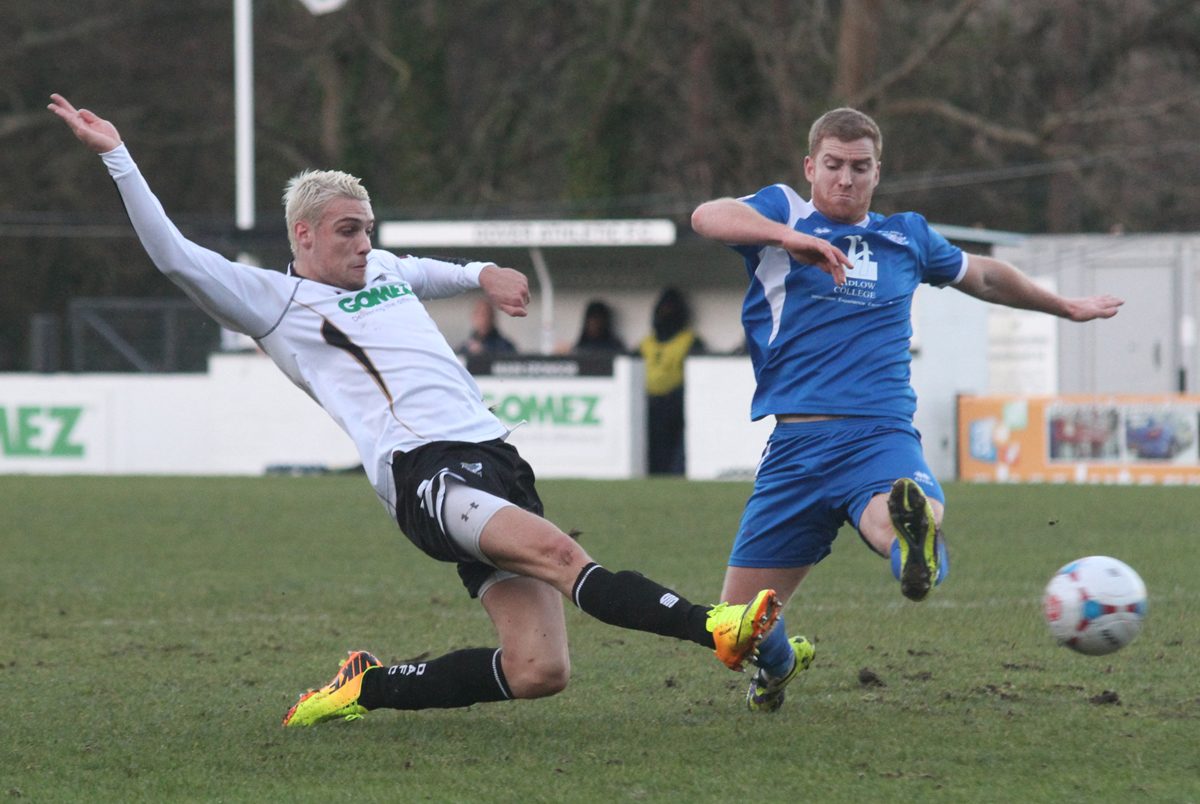 *BS*Dover Athletic face a crucial evening on Thursday as they travel to Longmead to face fellow Kent side Tonbridge Angels in what is a must win game for Whites.*BF*

Play-off hopes are now out of their own hands after conceding a late equaliser at Bishop’s Stortford on Saturday, coupled with other results not going their way, which have seem them fall down to 7th. They could fall down to 8th if they fail to win and Concord Rangers defeat Maidenhead United.

Although a draw will be enough to see them finish the evening back in the play-off places, Chris Kinnear’s men will be looking for nothing but victory in this Kent derby as Havant & Waterlooville not only have leapfrogged Whites, but they also have a game in hand over their play-off rivals.

It is unclear whether Terrell Forbes and Barry Cogan will feature, with Forbes coming off injured at half time on Saturday while Cogan was omitted from the squad. James Rogers completed his suspension on Saturday and is expected to return to the starting line up, although loanee-defender Callum Davies enjoyed a solid game in midfield in Rogers’ absence and could retain his place.

Dover face an Angels side who are fighting for their Skrill South status, making this Kent derby even more highly anticipated. Like their opponents, only a win will do for Tonbridge, who are two points adrift safety, and are looking to maintain their status for a fourth season after winning the Ryman Premier League play-offs in 2011.

Angels have endured a heavily-congested fixture list recently, with their game against Whites being their 14th Skrill South game since just the beginning of March. They have only won two of their last 13 games and have lost 6 times.

They possess a mixed home league record, having won, drawn and lost 6 times each. Angels’ two wins in their last 13 fixtures have both come at Longmead so they could provide some inspiration into this fixture which could help them avoid relegation back to the Ryman Premier League.

*Lpic1*A Tonbridge player set to make an appearance against his old club is Michael Bakare. The striker has been in good form for his new club – finding the net 5 times since his departure from Crabble in February which includes two strikes in his last two games. Bakare, who only scored one league goal for Dover this season, will look to haunt his old club as he attempts to help his new club to survival in the Skrill South.

Whites hold a good record against their Kent counterparts. Although Tonbridge recorded the double over Dover last season, Whites have been victorious in six of the last nine meetings in all competitions. One of those wins came on Boxing Day when Dover treated the Crabble faithful to an extra Christmas present with a 3-1 win, with Nathan Elder (2) and Liam Bellamy on the scoresheet for Whites.

However, Whites’ last visit to Longmead ended in a *Link1* defeat, which was also a Boxing Day clash. Sonny Miles and George Purcell were the goalscorers for Angels on that afternoon – which kicked off at 12:00 – before last season’s top goalscorer Ben May grabbed a late consolation for Dover.