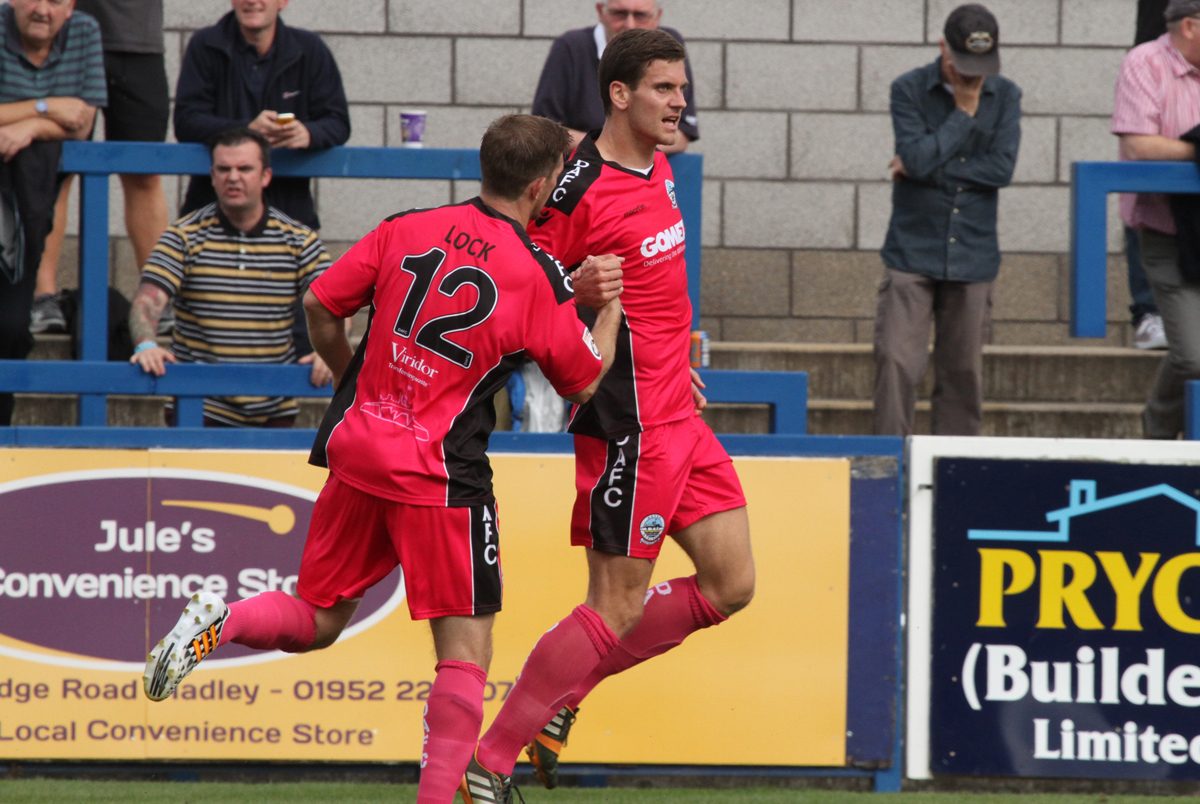 *BS*Dover Athletic make the 600-mile round trip to Devon as they face in-form Torquay United at the newly named Launa Windows Stadium in the Vanarama Conference Premier on Saturday.*BF*

Whites put in one of their best performances of the season at Dartford on Tuesday evening but walked away empty-handed *Link1* in an exciting Kent derby.

Two late goals from Harry Crawford and Tom Bradbrook won the game for the Darts after Ricky Miller’s early opener before Miller missed a penalty in injury time.

Dover fell in the bottom four as a result and face another tough test as they take on high-flying Torquay who currently occupy 2nd place in the league.

*Lpic1*Whites brought in three new players on Thursday – and one of them is former Hartlepool United goalkeeper Andrew Rafferty, who is set to replace Mitch Walker after Walker picked up an injury during Crawford’s equaliser at Dartford.

The other two new signings are defender Robert Gerrard and midfielder Matthew Saunders, who are both likely to feature at Torquay while Barry Cogan and Liam Bellamy will not take any part after joining Margate and Chelmsford City on loan respectively.

Their opposition Torquay were relegated to the Conference Premier last season after finishing bottom of League Two to end their 5-year stay in the Football League.

However, despite suffering an opening day defeat to Gateshead, the Gulls have remained unbeaten since and are on a current run of five consecutive wins.

Their latest victory was a 1-0 home win against Woking on Tuesday evening – a result which finally ended Woking’s impressive unbeaten start to the season.

They have also overtaken Barnet in the defensive charts after conceding only five times and are currently enjoying a run of keeping four consecutive clean sheets – not conceding in 466 minutes of football in the process.

The Gulls have scored 17 goals in their 10 games so far with Luke Young (4) and Ryan Bowman (3) sharing seven goals between them, which have earned the pair England C call-ups along with Whites keeper Walker as all three players will be named in a training squad ahead of the side’s International Challenge Trophy qualifiers against Turkey and Estonia.

The fixture will be the first time Dover and Torquay have met each other, before both sides meet each other again at Crabble on Tuesday 2 December.

*Lpic2*Despite the long-distance trip between both teams, Whites are expected to bring a number of away fans, with Nick Cunningham kindly donating towards the supporters’ coach while several fans are taking the option of enjoying a few days in the Devon town.

Cunningham’s generous contribution mean prices are just £15 for members and £20 for non-members – bookings are now being taken so *Link2* for more information on how to book your place on the coach.

The nearest rail station to the ground – previously known as Plainmoor – is Torre, which is a 20-25 minute walk up the hill opposite the station.

Driving directions are as follows:
1. At the end of the M5 follow the A38 and then turn left onto the A380.
2. On reaching Kingskerwell, take the first exit at the large roundabout (where there is a McDonalds and Sainsburys on one side) onto the A3022 towards Torquay.
3. After one mile turn left towards Babbacombe (singposted Babbacombe (A379)).
4. After one mile turn left into Westhill Road for Warbro Road – the ground is signposted on nearing it.

Fans unable to make the trip to Torquay can follow all of the match action on Twitter via *Link3*.