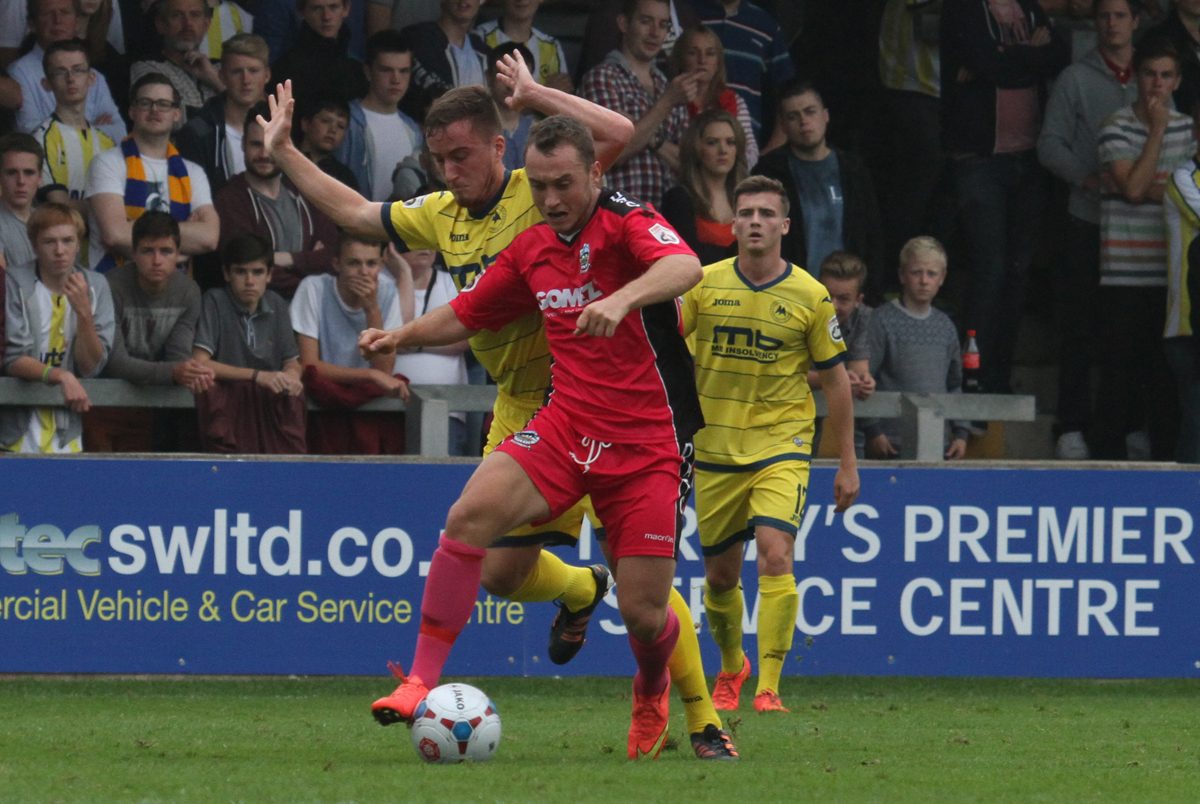 *BS*Dover follow up their weekend trip to Gateshead with a 520 mile round journey to face Torquay United on Tuesday night, with the side sitting in 5th place in the Vanarama National League table – their highest standing in 15 years.*BF*

Even the most ardent of Whites supporters would have struggled to anticipate what has happened over the last three matches. Having failed to win in four, and scoring just two goals in the process, a dramatic rejuvenation has seen the side pick up maximum points from games against Eastleigh (5-2), Woking (2-0) and Gateshead (3-2).

The trip to struggling Torquay United on Tuesday night gives Chris Kinnear’s men a chance to win four consecutive league games for the first time since returning to the top flight of non-league football, with the side currently occupying 5th place in the Vanarama National League table – the highest position in 15 years.

After struggling to convert chances, Whites are now firing on all cylinders and the 10 goals in three games are a sign that the club are now comfortable, confident and competent at the upper echelons of the table.

Dover are now one of just three sides to have lost twice this season, and a trip to Devon offers a real opportunity to further climb the table and continue the excellent run of form.

A win for Whites could see them climb to third place, whilst three points for Torquay could lift them two places to 20th.

*BS*TEAM NEWS*BF*
Liam Bellamy is expected to be unavailable for the fixture, as he recovers from an injury sustained in the recent victory over Woking. Therefore, Chris Kinnear is expected to stick with the same eleven that won at Gateshead, which would see Parkinson replace Bellamy as a like-for-like replacement.

Tom Murphy is expected to take up a position on the substitute bench once again, as he continues to try and force his way back into the side after injury. Ricky Modeste is still unavailable for selection, also through injury.

Torquay United are not believed to have any injury doubts ahead of the match.

*BS*MORE ON OPPOSITION*BF*
The Gulls – who were playing League One football just over a decade ago – are in turmoil.

The Devon side, who finished 13th in the Vanarama National League table last season, have recently appointed Kevin Nicholson as their player-manager, after Paul Cox walked away from Plainmoor after less than three months in charge – citing personal reasons for his departure.

Those personal reasons seem to revolve around money. Cox had been claiming expenses only, and did not have a contract with Torquay. In a statement, he said: “When I arrived, I understood the financial difficulty the club was in and happily took the position, which I knew initially would be unpaid. My assistant manager and I were the only people at the football club that were not being paid and I felt I was well within my rights to call a meeting and ask for some transparency from the board as to my financial future.

“It was made clear to me that the club would not be in a position to pay me a salary of any kind in the near future. Having family back home to support, it was with a heavy heart that I then had to make the decision to resign with immediate effect.”

Torquay are 22nd in the Vanarama National League table, and are winless in their last 11 matches – having lost their last four (3-7 vs Bromley, 1-2 vs Boreham Wood, 0-2 vs Lincoln City, 0-2 vs Aldershot Town). They have picked up just one point from their last six home matches, conceding 16 goals in the process, whilst away from home Dover have lost just one of their last six.

*BS*LAST SEASON*BF*
Torquay recorded a 2-0 win over Dover at Plainmoor in September, before the sides played out an entertaining 2-2 at Crabble in the return fixture in December. Our goals on that day came from Connor Essam and Tyrone Sterling, and you can watch highlights of that match here: