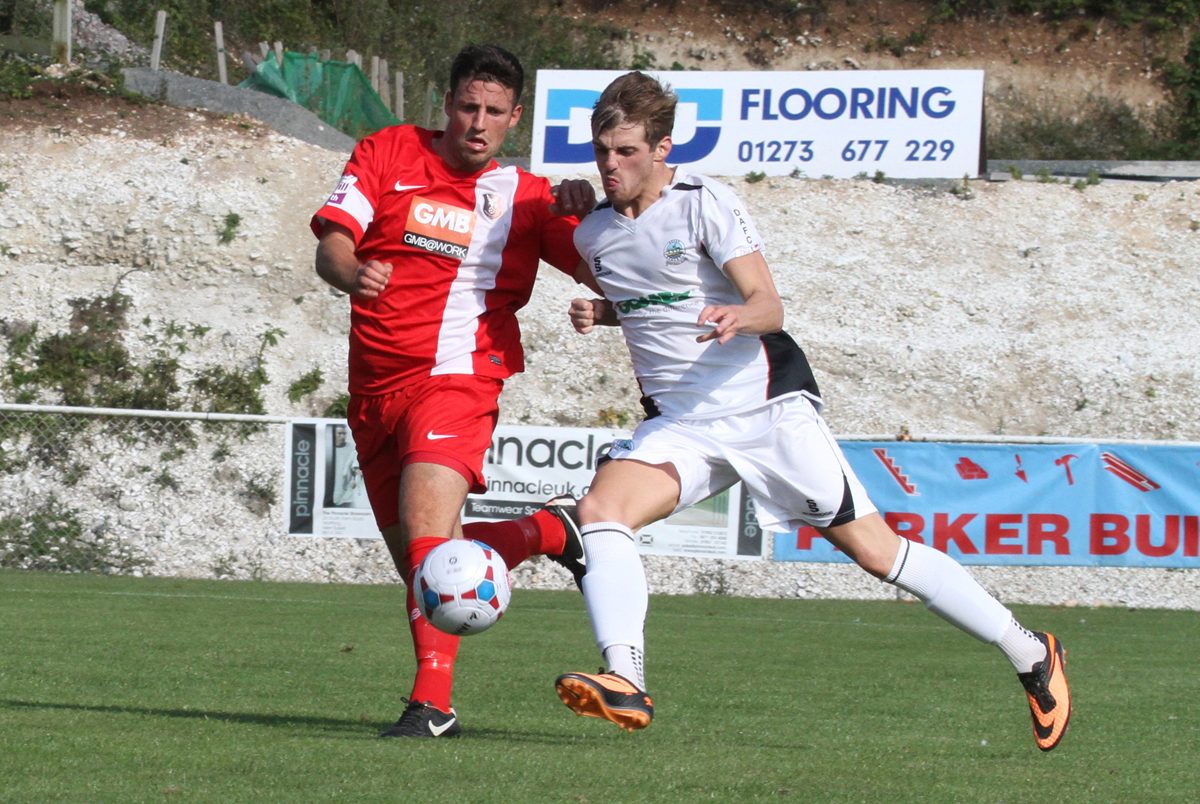 *BS*Dover Athletic entertain Whitehawk in their final home league fixture of the season on Easter Monday as they look to push for a play-off place and hope other Skrill South results go their way.*BF*

Whites come into this fixture on the back of a crucial comeback victory at Concord Rangers on Saturday thanks to goals from substitutes Tom Murphy and Jeff Goulding – a result which has still kept their play-off hopes very much alive.

It is unclear what side Chris Kinnear will field on Easter Monday. Murphy’s transfer to the bench on Saturday threw nearly everyone by surprise so there may be a few surprises to Kinnear’s selection.

Kinnear lined up with the 5-4-1 formation at Concord but Whites improved after switching to 4-4-2 before both substitutes scored, so Dover fans will be hoping to see the same attacking intent as they would like to see their team get at a Whitehawk side who are not quite safe from relegation yet.

Whitehawk, who are enjoying their first season at this level since achieving back-to-back promotions from the Ryman Premier League last season, lie five points above the relegation zone but Maidenhead United have a game in hand over the side from Sussex. A win would all but confirm their Conference South status for a second season.

The Hawks’ form has been mixed since the beginning of March – losing 7 of their last 13 league games. In that sequence, they have often created a pattern of winning two games before going on to lose the next two. In a statistician’s point of view, Whitehawk are expected to lose after winning their last two league games in that respect, however, it is important that Dover maintain their concentration and not underestimate their opponents.

Whitehawk are not known for being away game specialists in the league – losing 12 of their 20 games on the road, however they can take inspiration from the fact they have scored the joint fourth most goals thus far, racking up 30 goals in the process. The key player to watch out for is Danny Mills, who has scored 15 league goals and is currently in joint 5th in the Skrill South goalscoring charts.

*Lpic1*In the reverse fixture, Whites claimed a narrow *Link1* at the Enclosed Ground back in August when Tom Murphy slotted in a first-half penalty following a foul to Ricky Modeste inside the area. Mitch Walker made several fine stops as Whites escaped Sussex with all three points.

Whitehawk will make their first ever league visit to Crabble on Easter Monday, and will be looking to take fond memories back home with a win which would all but secure another season in the Conference South whilst also severely damaging Whites’ play-off hopes as a result.

*IS**Ebbsfleet will be awarded three points if they are successful with their appeal for being awarded the game after their away tie at Concord Rangers on Thursday evening was abandoned due to a local power failure. Ebbsfleet were 2-0 up before the tie was called off, and have lodged an appeal against the re-match going ahead, which is scheduled for Thursday 24 April.*IF*