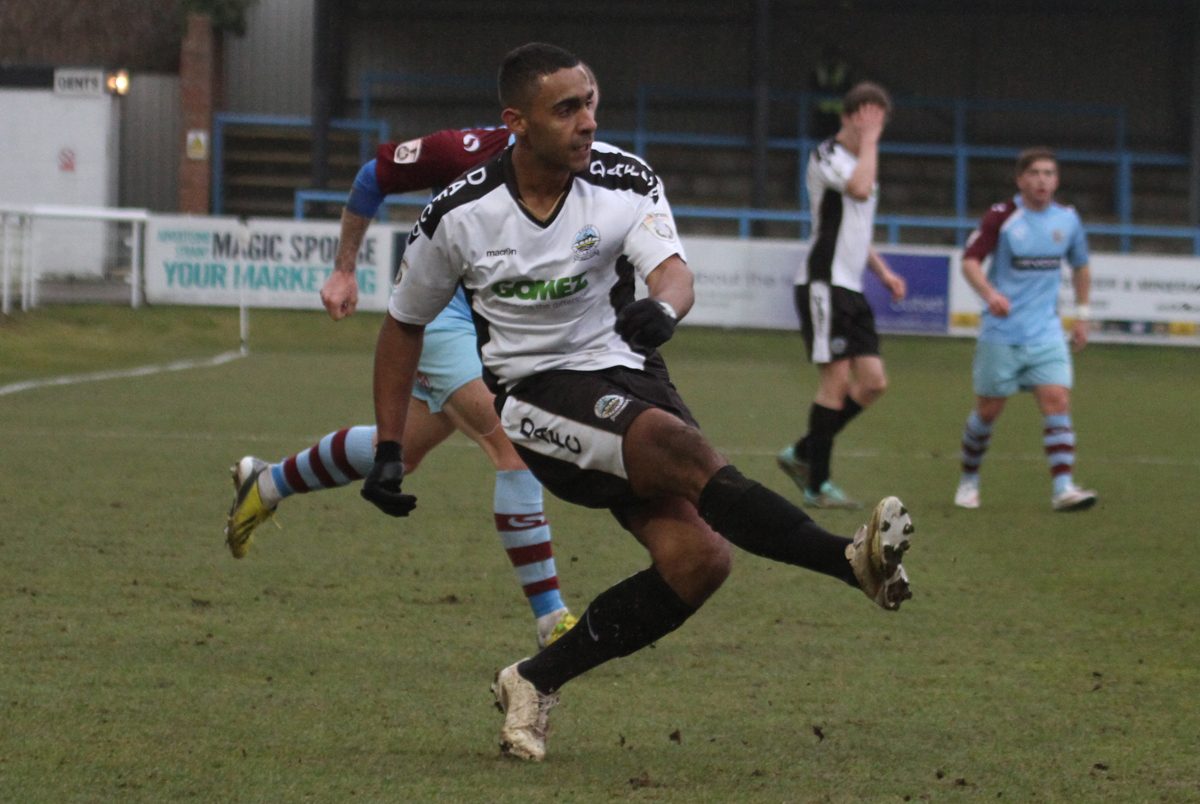 *BS*HEADLINES*BF*
Following their 2-2 FA Trophy draw against Guiseley on Saturday, Dover Athletic return to Vanarama National League action on Saturday. Making the long, 700-mile round trip to Crabble are Gateshead, who also have realistic aspirations of finishing the season in a playoff spot.

Gateshead sit two places, and one point, behind Dover in the league standings and a win for either side could see them end the day in a top five spot. With all to play for, and just sixteen games left for Dover in the regular season, every point is vital.

Whites will be boosted by the availability of Stefan Payne, who has now served the four match suspension handed to him following on from his dismissal against Bromley at the end of December.

Recent form against Gateshead has been very positive, with Dover winning their last three clashes against the side.

Former York City boss Gary Mills was appointed as manager in September 2013, and took the side to a third place finish in the Conference Premier in his first season as manager. Having defeated Grimsby Town in the playoffs, Mills’ men lost 2-1 to Cambridge United in the Promotion Final to fall at the final hurdle.

They failed to replicate this performance the following season, however, finishing the 2014/15 campaign in tenth place. They did enjoy a strong run in the FA Cup last season, culminating in a 7-0 defeat away at Premier League side West Bromwich Albion.

Following Mills’ appointment at Wrexham in April 2015, Malcolm Crosby was handed the reins but his tenure was short-lived. In November, Aspin signed an eighteen-month deal to take charge at what is his hometown club. Since joining, Aspin has steered the team to victories over Eastleigh and Grimsby, amongst others.

*BS*RECENT FORM*BF*
Coming into the game, Whites have a record of three wins and three defeats in their last six league matches. Those wins came against Aldershot Town (5-2), Welling United (2-1) and Lincoln City (3-2), with defeats suffered against Grimsby (0-1), Bromley (2-3) and leaders Cheltenham Town (1-2).

Gateshead’s league record over the same number of matches shows three wins, two draws and one defeat. The wins came against Guiseley (3-0), Torquay United (2-0) and Grimsby (1-0), with two draws against Barrow (1-1 and 0-0) and a heavy defeat against Woking (1-5).

Away from home, Gateshead have the third best record in the division. They have picked up 26 points from their 14 games on their travels, but with 17 goals scored and 16 conceded in these games, their matches away from home are rarely high-scoring.

At home, Whites have the eighth best record in the league, with 27 points picked up from 14 league matches at Crabble thus far.

A moment of brilliance from Essam nine minutes into the second half was all it took for Whites to beat the visitors’ defence and take the lead. Nicky Deverdics beat his defender inside the six yard box to leave himself able to loop the ball across the area where Essam connected first time, launching a superb strike into the back of the net and take the hosts 1-0 up.

The victory marked three consecutive wins for Dover Athletic and kept them in 10th position in Vanarama Conference. *IF*

Highlights of that 1-0 home victory from last season can be seen here:

*BS*TEAM NEWS*BF*
Stefan Payne returns from a four match suspension, and will be keen to lace his boots up once again and is likely to return straight into the starting XI for this crunch match. Also available for selection, in what would be their debuts, are January signings Tyrone Marsh and Harry Crawford. Both will be keen to make their mark upon the side, and all that remains for Whites boss Chris Kinnear is how to form the frontline which Payne, Miller, Modeste, Murphy, Ofori-Acheampong, Marsh and Crawford are all keen to be a part of.

An injury to Aswad Thomas may see Liam Bellamy deputise at left wing-back once again, although Kinnear may opt to shift Tyrone Sterling along to that position.

*BS*TOP SCORERS*BF*
Gateshead’s top scorer in the Vanarama National League this season is Ryan Bowman, who leads the way with thirteen goals. Behind him is Danny Johnson, on seven.

Whites’ top scorer in the league is Ricky Miller, with twelve, one ahead of both Nicky Deverdics and Stefan Payne.

*BS*SPONSOR*BF*
Saturday’s matchday sponsor is the Port of Dover, and we thank them for their ongoing support of the football club.