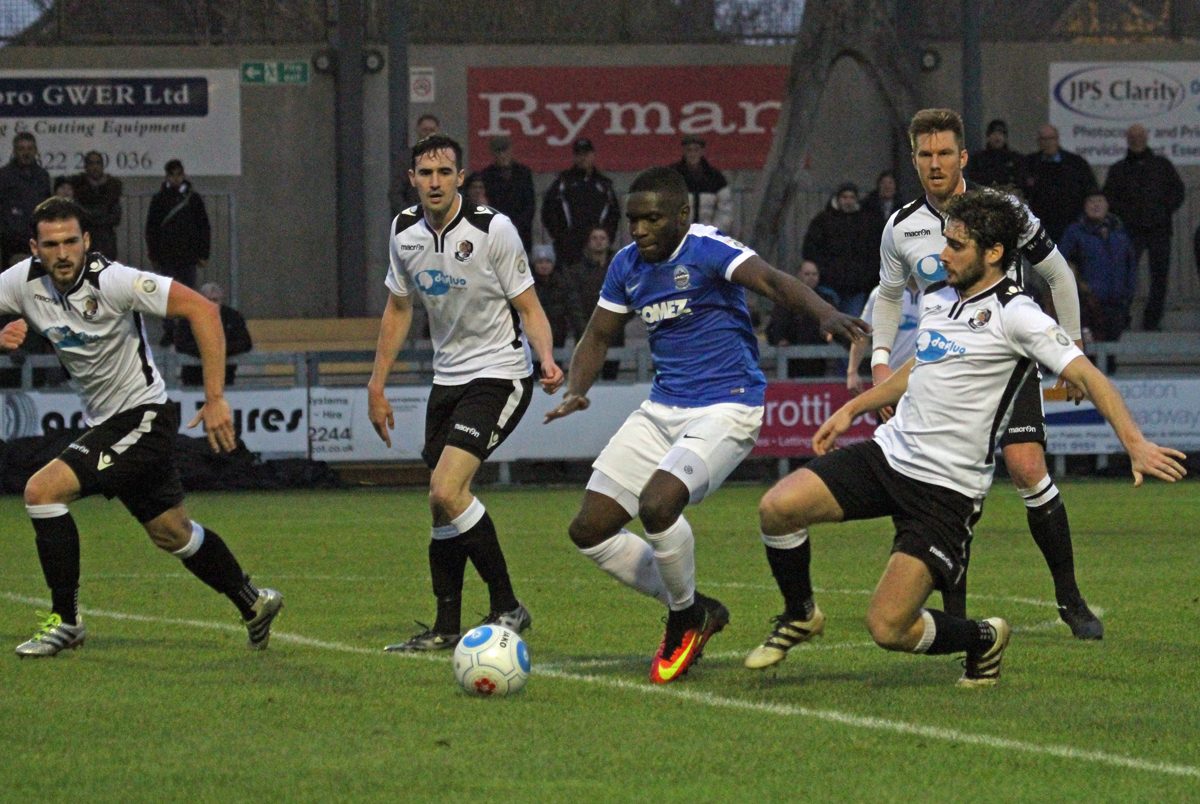 A HOME tie with Chelmsford City in the FA Trophy second round will be the reward if Dover win Tuesday’s replay against Dartford at Crabble.

And assistant manager Jake Leberl knows it will need an improved performance to get the job done.

The Kent derby ended 1-1 at Princes Park on Saturday after Ricky Miller’s first half opener was cancelled out by Ronnie Vint’s equaliser 13 minutes into the second half.

Leberl said: “I am certainly looking for a reaction from the lads as I felt we were not quite at it in the second half on Saturday.

“We were really good in at the start, but credit to Dartford, they really stuck at it and deserved a draw.

“To be honest, the last two performances have been disappointing, but it was only just over a week ago we were on a terrific run and hitting Sutton for six.

“Maybe some complacency has set in, so we need to work harder and stick together in order to get back to doing what we do best and hopefully that will start on Tuesday night.”

The Darts won’t have fond memories of their last visit to Crabble – they lost 6-1 in January 2015, their heaviest defeat against Whites in 13 years.

Darts reached this stage of the competition after a 4-2 win at Weston-Super-Mare.

Elliot Bradbrook starred in Somerset, scoring a hat-trick while Andy Pugh got the other goal.

In their league campaign, Dartford are currently fourth on the National League South ladder.

Whites’ top scorer in all competitions this season is Ricky Miller with 27.

He has scored in seven consecutive games following his goal at Darford on Saturday.

Leberl said Leyton Orient loanee Sammy Moore is still struggling with a hamstring injury and the midfielder won’t be in contention after missing the past two games.

For Dartford, they will be missing central defender and former Dover loanee Tom Bonner through suspension.

Tom Gardiner and Andy Pugh both started last Saturday but were both substituted after picking up knocks.

The game starts at 7.45pm but if you are unable to make it, we will have live updates on Twitter – @DAFCLiveText – follow us and get all the news as it happens!

The Supporters Club are running a coach for the National League games at Forest Green Rovers and Maidstone United and details are as follows:

FOREST GREEN ROVERS (Saturday, December 17)
Coach leaves Crabble at 9am and the cost is as follows:

MAIDSTONE UNITED (Sunday, January 1)
Coach leaves Crabble at 4.15pm and the cost is as follows: