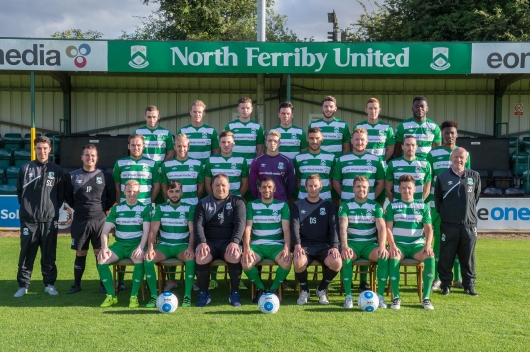 DOVER and North Ferriby United will both be hurting when they take the field for the National League clash at Crabble on Saturday.

Both clubs will be looking to bounce back following heavy defeats in their second league games of the season on Tuesday night.

Boss Chris Kinnear’s Dover were humbled 4-1 by visiting Boreham Wood, while North Ferriby United, known as the Villagers, crashed to a 6-1 defeat at Lincoln.

Both Whites and the Yorkshire side finished their respective games with 10 players after each had a man sent off.

But that’s not the only similarities between the sides so far this season, with both drawing their season openers 0-0.

Whites drew a blank at Wrexham while North Ferriby United earned at point at home against Braintree.

This is North Ferriby United’s first season in the non-league top-flight after they won promotion after winning the National League North play-off final.

And the trip to Dover will continue to add to the history books of the Villagers as assistant boss Darryn Stamp explained to the Hull Daily Mail.

Stamp said: “ We got our first point and first clean sheet at this level last Saturday.

“Although it was a disappointing night at Lincoln, we got our first goal through Curtis Bateson.

“This (the trip to Dover) is the first time the club will have an overnight stay for a league fixture. It’s something we’re going to have to get used to.”

And Stamp is determined to make the most of the long trip south on Friday.

He said: “It’s good the games are coming thick and fast.

“It means we don’t have time to dwell too much on the Lincoln defeat, but when we stop on the way down to Dover, we’ll have a chat about what went wrong that night and how we can fix it.”

But what does Stamp now about Whites?

He said: “Dover are a big physical side and while they haven’t got off to the best start this season, I expect them to be challenging for the play-offs.”

Dover will be without striker Ricky Miller following his red card on Tuesday night with new signing Ross Lafayette expected to take his place.

As for the visitors, defender Liam Slade who the Lincoln game because of traffic issues, returns to the squad.

Midfielder Danny Emerton has recovered from illness that ruled him out of the Braintree clash while fellow midfielder Connor Oliver should be available after picking up a knock to his head at Lincoln.

Defender Ben Middleton will be serving his one-match ban like Ricky Miller following his red card against the Imps.

Kick-off is at 3pm, but if you cannot make it to Crabble, we will have live updates on Twitter – @DAFCLiveText – follow us and get all the news as it happens!