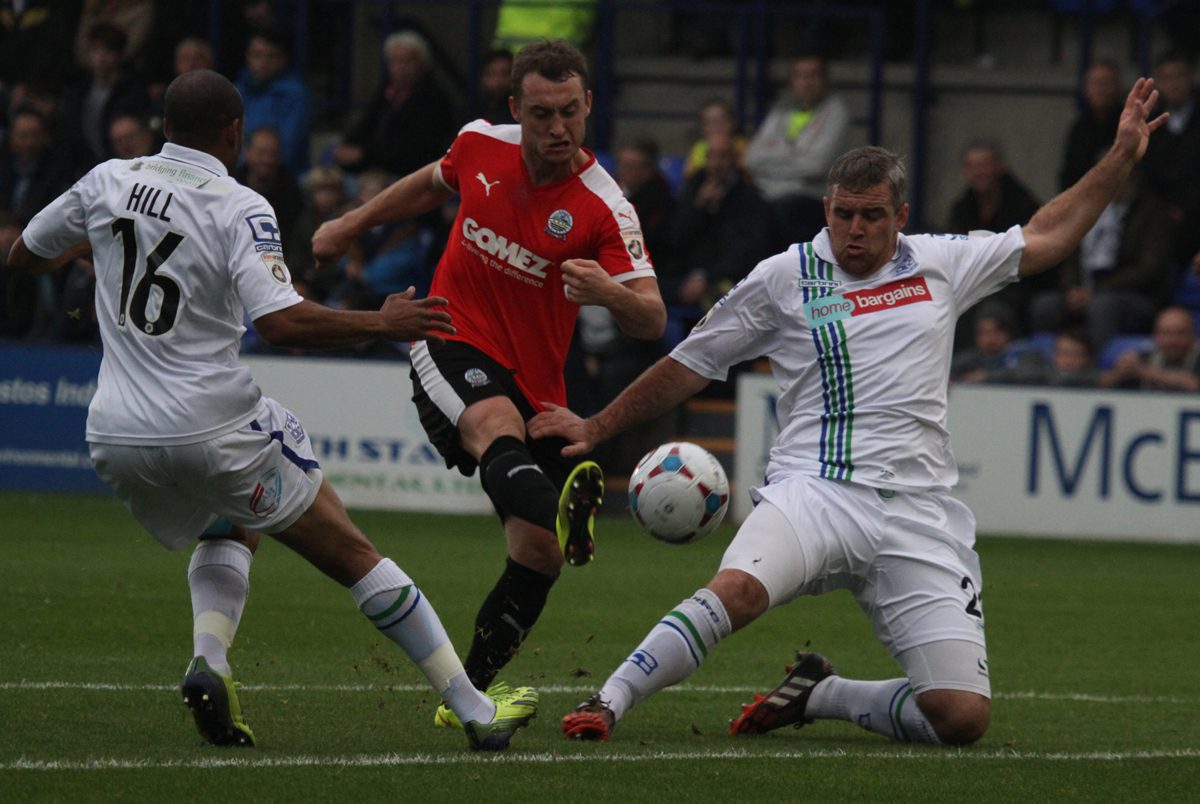 Saturday’s visitors to Crabble have won three consecutive league games since Mellon replaced Gary Brabin earlier this month and they have done it without conceding a goal.

You can be sure Dover Athletic will be aiming to end that impressive statistic when the teams meet for only the third time ever.

And Whites have their own impressive record against the Birkenhead club – they have not lost against them!

Ricky Miller scored the only goal of the game when Dover won at Prenton Park last October while honours finished even in the corresponding game last season after it ended goalless.

Tranmere will start the game two places and two points above Dover.

Dover boss Chris Kinnear is looking forward to the showdown.

Kinnear said: “They are an unbelievably big club who have shown their ambitions by investing in their squad and a new manager.

“Saying that, we are also just as ambitious and are only just behind them on the table.

“It is going to be a tough game but one me and the lads are all really looking forward to.”

“Dover are a very capable side, we know the threats that they possess so it should make for another tough game,” the former Shrewsbury Town boss said on the Tranmere website.

And he is not about to use the long trip south as an excuse.

“We’re not going to have any excuses, we will go down and prepare properly,” he told the Liverpool Echo.

“We will leave the day before. We will do all the preparation we need to do.

“We won’t be looking for any excuses to do with long journeys or anything that will affect our performance.

“We know we’re going down there for another really tough game.

“They’re all tough in this league as everyone is now seeing.

“We will go down there and answer the questions the game ask us on the day and try to bring the three points back again.”

They beat visiting North Ferriby United on Tuesday after winning 3-0 at Solihull Moors on Saturday.

Norwood will miss the game at Crabble through suspension after he received a straight red card for putting his hand in the face of North Ferriby United goalkeeper Rory Watson towards the end of the game on Tuesday.

Seven days earlier, Tranmere bowed out of the FA Cup after losing 2-1 at Barrow.

Whites’ top scorer in the league this season is Ricky Miller with 15 while Tranmere’s leading man is Andy Cook with eight.

Defender Richard Orlu and midfielder Chris Kinnear jnr are both back in contention following injury.

The game starts at 3pm but if you are unable to make the trip to Crabble, we will have live updates on Twitter – @DAFCLiveText – follow us and get all the news as it happens!

There will be a Supporters Club coach making the trip to Cambridge United for our Emirates FA Cup First Round clash at the League Two club next Saturday and it’s not too late to get on it.

It leaves Crabble at 10.30am and the cost is as follows: