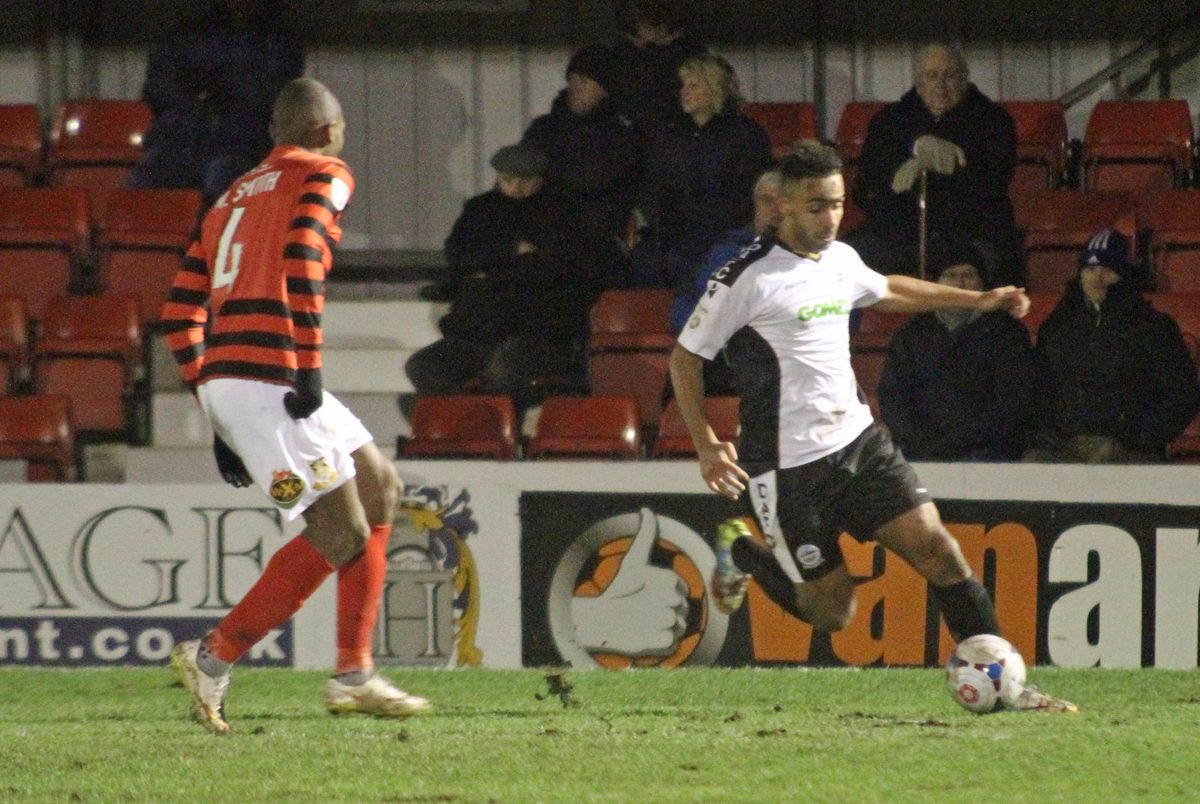 *BS*Dover Athletic make the 554 mile round trip to north Wales as they take on FA Trophy runners up Wrexham at the Racecourse Ground on Tuesday.*BF*

Whites defeated bottom club Telford 1-0 last Saturday, which confirmed another season in the top tier of non-league football. Meanwhile Telford are on the brink of relegation to the Conference north.

Chris Kinnear’s side have won four of their last five games and will look to end the season strongly with a play-off spot not impossible. He said: “We may have a really hard run in, but we are still looking to move up the table”.

*Ppic1**BS*Team news*BF*
Stefan Payne scored his first goal of 2015 against Telford and is expected to keep his place in the starting XI against Wrexham.

Club captain Connor Essam will be unavailable for selection, with the defender serving the final game of his two-match ban for accruing ten yellow cards.

Wrexham top scorer Louis Moult scored his 19th and 20th goal of the season at Wembley yesterday (Sunday), but it was not enough for his side to lift the FA Trophy.

Dragons boss Kevin Wilkin may rotate some of his players after playing extra time in the FA Trophy final as his side will only have one full day of rest before the visit of Dover.

*BS*More on the opposition*BF*
Wrexham lost the FA Trophy final 5-4 on penalties (3-3 after extra time) to North Ferriby United in an entertaining game at Wembley. It was the first time since 2005 that a club outside the conference has lifted the trophy.

The Dragons were two goals up with just 14 minutes to play and look destined to lift the trophy. However, the Conference north club scored twice in the final periods of the game to send the game to extra time.

*Lpic1*North Ferriby then took the lead in the first half of extra time as substitute Ryan Kendall scored his second goal of the game. But with just two minutes left to play, Moult scored his 20th goal of the campaign to force a penalty shootout.

Wrexham’s league form has been indifferent of late, most recently losing to relegation threatened Nuneaton Town 2-0.

However before that game, the Dragons were unbeaten in five games including victories against Altrincham and Chester.

*BS*Last time they met*BF*
*Link1* against Wrexham back in January courtesy of first half goals from Tom Murphy and Sean Raggett.

Whites were in the midst of their fantastic run of form, with that 2-0 win capping 13 league games unbeaten.

*BS*Match information*BF*
With just half a dozen games to play, a win for Whites could potentially mean they climb above Gateshead and just seven points adrift of the play-offs.

The only other Vanarama Conference game on Tuesday is Dartford v Gateshead which will have huge implications at both ends of the table.

*Lpic2*Wrexham are one of the lowest league scorers in the league with just 41. Only relegation candidates Dartford and Nuneaton have scored less this season in the Vanarama Conference.

Whites supporters will be located in the upper tier of the Yale stand part of the ground on Tuesday night.

Fans unable to make the trip to Wales can follow all the match events via *Link2* on twitter.