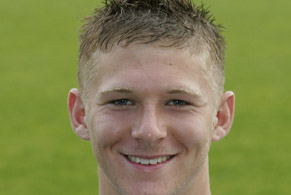 *BS*ANDY PUGH has joined Dover Athletic on loan for a month to solve a striker crisis.

*BF*The Gillingham kid, 20, has been chased by a number of clubs after spending part of last season on loan at Grays, where he netted seven goals in 17 matches.

And he made no hesitation in answering Dover boss Andy Hessenthaler’s SOS after Shaun Welford and Adam Birchall were crocked.

Hess said: “Shaun and Adam could be out for a couple of weeks and we desperately needed to bring someone in up front to cover.

“I know Andy as a kid and he’s got a lot of potential. Mark Stimson was very kind to let me have him for a month and given us permission to play him in FA Cup matches.

“We didn’t really want to bring anyone in because of the budget but had no choice as we’re very light up front – and we want to keep the momentum going.”