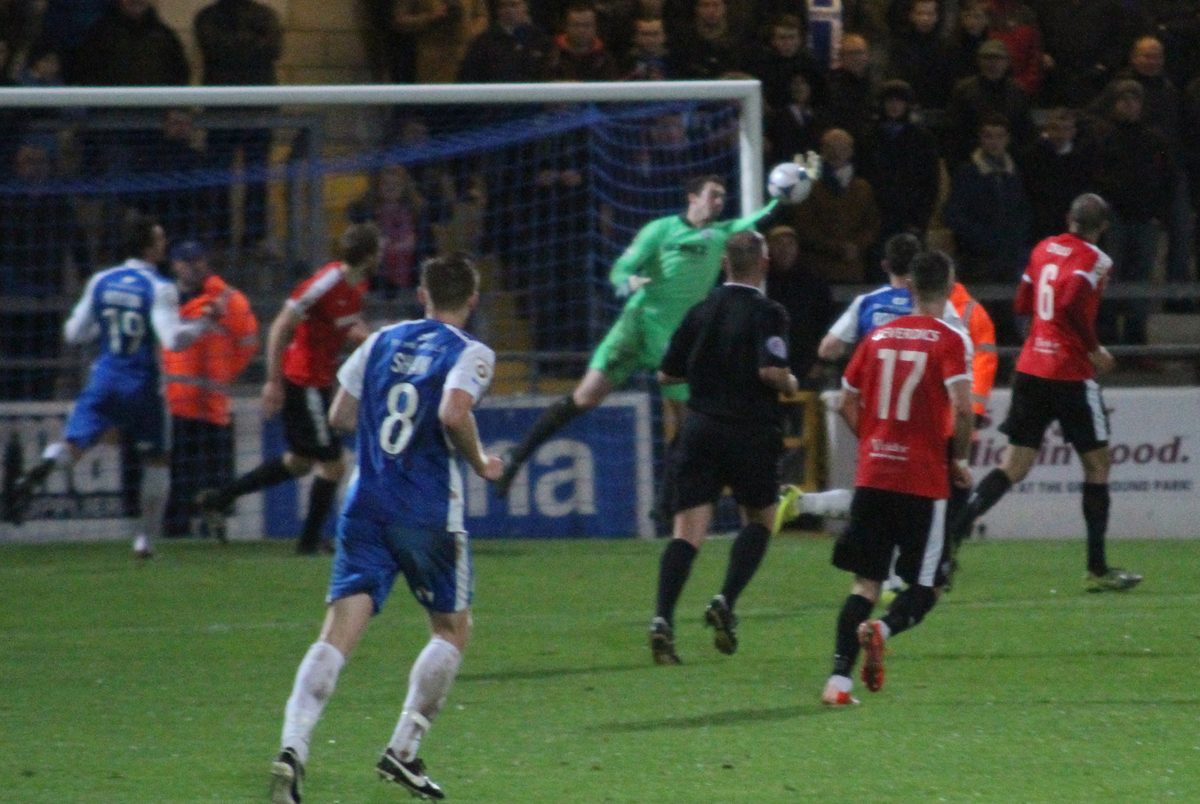 *BS*Speaking to doverathletic.com, Whites goalkeeper Andy Rafferty says he won’t be watching the highlights from Sunday’s blockbuster against league leaders Cheltenham at Crabble – regardless of the result!*BF*

And the former Hartlepool United shot-stopper admitted that’s nothing new.

He said: “It has always been that way. When I’m away from the game, well I’m away and I like to distance myself from it.

“And besides, I just don’t like seeing myself on TV – I hate it to be honest, I really do. It has always been that way.”

That stance means Rafferty misses out on seeing himself produce some stunning saves like the one at Lincoln and the home clash with Welling when goals looked certain to be scored.

It seems he does venture online occasionally – to have a sneak peek at a ‘worldy’ he may have made or to analyse something if it hasn’t gone as well as he knows it should have.

Southport’s goal on Saturday, when a long range effort went under his body, is an example of that according to Rafferty.

He said: “I know I should have done better and of course I am disappointed – no goalkeeper likes conceding a goal in whatever circumstances.

“But in fairness, that sort of shot, one that dips just in front of you, are the hardest to deal with in the game.

“Now I’ve got to ensure I work hard to improve that aspect of my game, and I will.

“Believe me, you are always learning in this game.”