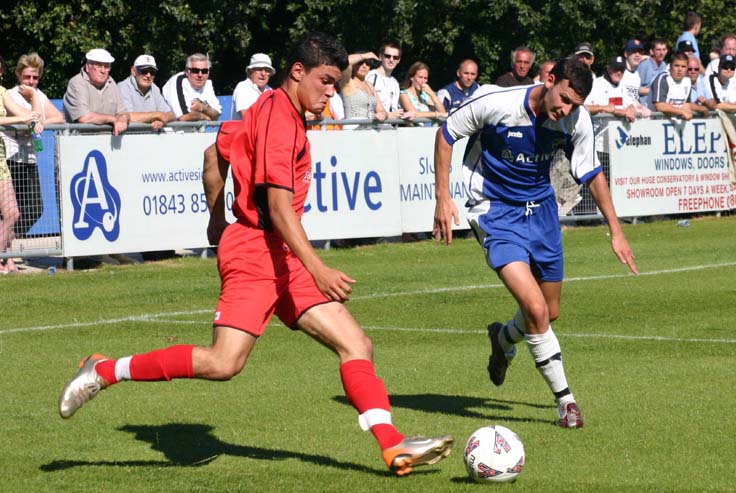 *BS*ANDY HESSENTHALER has told doverathletic.com he will not be signing striker Hamdi Razak.

*BF*Hess could not agree personal terms with the talented big Frenchman.

The Whites player-boss said: “I loved the kid. He had talent and we were going to give an unproven player an opportunity in England.

“But sadly he wasn’t realistic with the type of money he wanted. He was coming here for the money and that’s not the type of player I want to sign at Dover Athletic. So we’ve washed our hands of that one and we move on.”

Hess stated that the club’s playing budget for the coming season had virtually been spent.

But he said: “We’re always on the lookout for player who can improve our squad but we’re pretty much nearly there now.”

Jon Wallis netted for Whites in a 1-1 draw with Maidstone on Tuesday night at the SeaFrance Stadium – and Hess said: “We were excellent. Alan Walker told me we were the best side Maidstone have played for three years. We opened them up time and again.

“Obviously, I’m concerned we didn’t put away our chances. But that will come. When it does, someone is going to be on the end of a good hiding.”