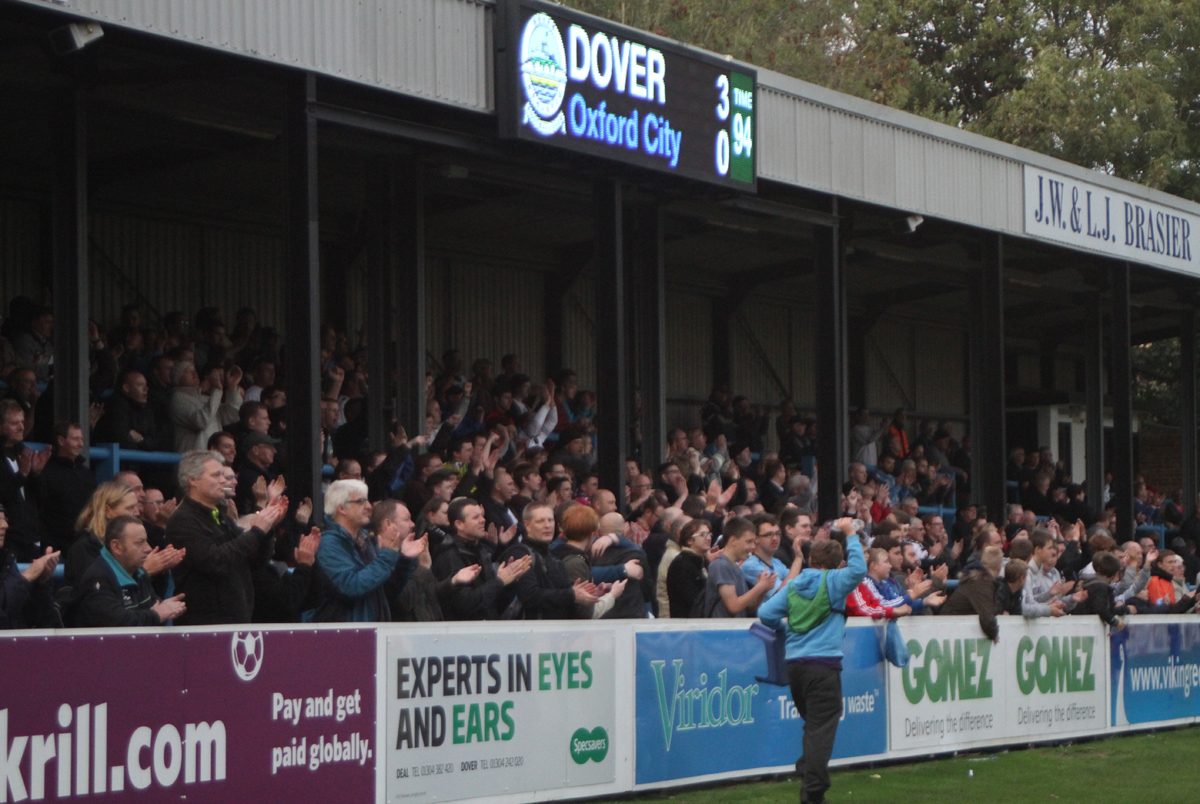 *BS*Following Saturday’s 3-0 victory over Oxford City in the FA Cup fourth qualifying round, the televised draw for the First Round saw Dover Athletic drawn to face Southern Premier League side Corby Town.*BF*

The side could have potentially been drawn against League One sides such as Wolverhampton Wanderers or Sheffield United, but Chris Kinnear’s men will instead be making the trip to lower-league opposition.

Speaking to Jack O’Sullivan, a trio of the current squad have offered their reaction.

Mitch Walker: *IS*I’m pleased with the draw. It is nice to be involved in the First Round – which I never have been before – so whoever we got it’s something to look forward to and enjoy. We will treat the game as any other game, and be just as confident. They will be tough, but if we play how we can then we have a good chance of getting through.*IF*

Nathan Elder: *IS*It’s not the greatest draw, and there’s no easy games in the FA Cup – but it’s a great chance for us to progress.*IF*

Sean Raggett: *IS*Obviously, everyone wanted one of the big teams but I feel this tie gives us a great opportunity to go even further in the competition. Corby are a team we won’t underestimate but we will fancy ourselves to win the game. Getting through to the second round would be amazing and may give us a chance to get a big side later on in the competition which is what every player wants.*IF*

*BS*What are your thoughts on the side’s draw against Corby Town? Use the ‘Comments’ section below.*BF*