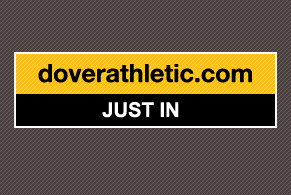 *BS*Dover Athletic are pleased to announce the signing of midfielder Lee Sawyer on loan from Woking until January 1st. The 24-year-old is available for selection for Saturday’s FA Cup clash.*BF*

Chris Kinnear has added to his midfield options by capturing highly-rated midfielder Lee Sawyer on loan from Woking until January 1st. Sawyer, who started his career at Chelsea, has made ten appearances for the Skrill Premier side this season.

With loan experience at Southend United, Coventry City and Wycombe Wanderers, Sawyer adds Football League experience to the side, making over 60 professional appearances.

Sawyer made his international debut for the England under-16 side in November 2004, and has also played for the under-18 and under-19 sides – scoring a goal for both teams. He has twice previously played against Dover Athletic – in Woking’s 2-2 draw at Crabble in the 2010/11 season, and in a pre-season friendly against the Surrey side at the start of this campaign.