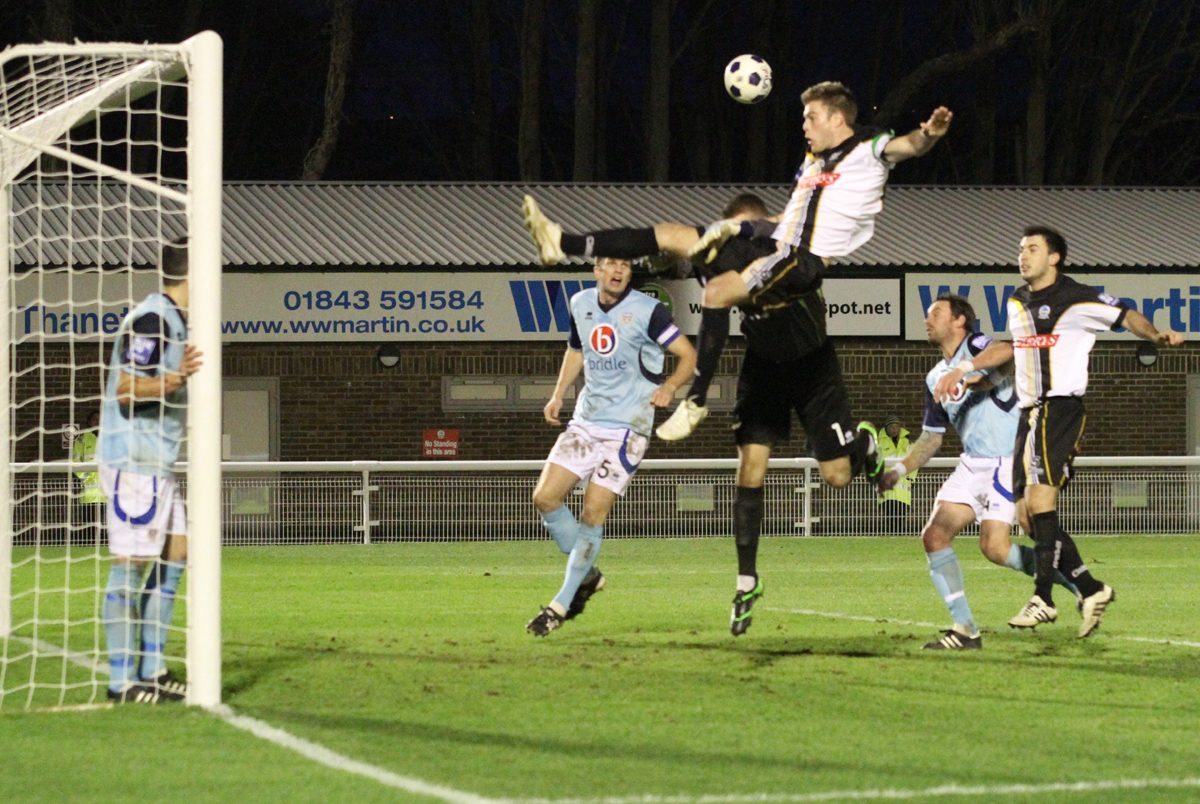 So a disappointing week after such a long successive spell.

After some great performances against Chelmsford, Eastleigh and Farnborough of late, Saturday and Tuesday was a different story.

It’s been a hard few weeks with a lot of clocked up miles and I think it showed Saturday where we looked tired physically and mentally.

It’s always going to be tough when teams are fighting for their lives to stay in the league, but on the other hand we are fighting to reach the play-offs so it was a very disappointing week for everyone at Dover. We realised we had a great chance to overtake Chelmsford and put the pressure on Sutton, but the good news is we still have six games, 18 points to do so.

We have had some great runs this season, going unbeaten for a long time, and it just takes one win to get the ball rolling so hopefully Saturday is the start.

It’s all about coming together at this important stage of the season now and getting everyone behind the team. We have the owners, directors, management, staff and all the players to do it, to make the play-offs and I’m positive from the players point of view we will put these last two games behind us and use that to kick start the remaining games of the season.

As you may know, Chelmsford and Sutton have a few hard games remaining with teams inside the playoffs, which puts pressure on them to do well.

So Saturday brings us to Crabble to play Boreham Wood. They have beaten us twice already this season so it’s not going to be an easy game, but one I believe we will win and close the gap on the teams above.

We hope to see as many there as possible, if you can make it, to support the team.