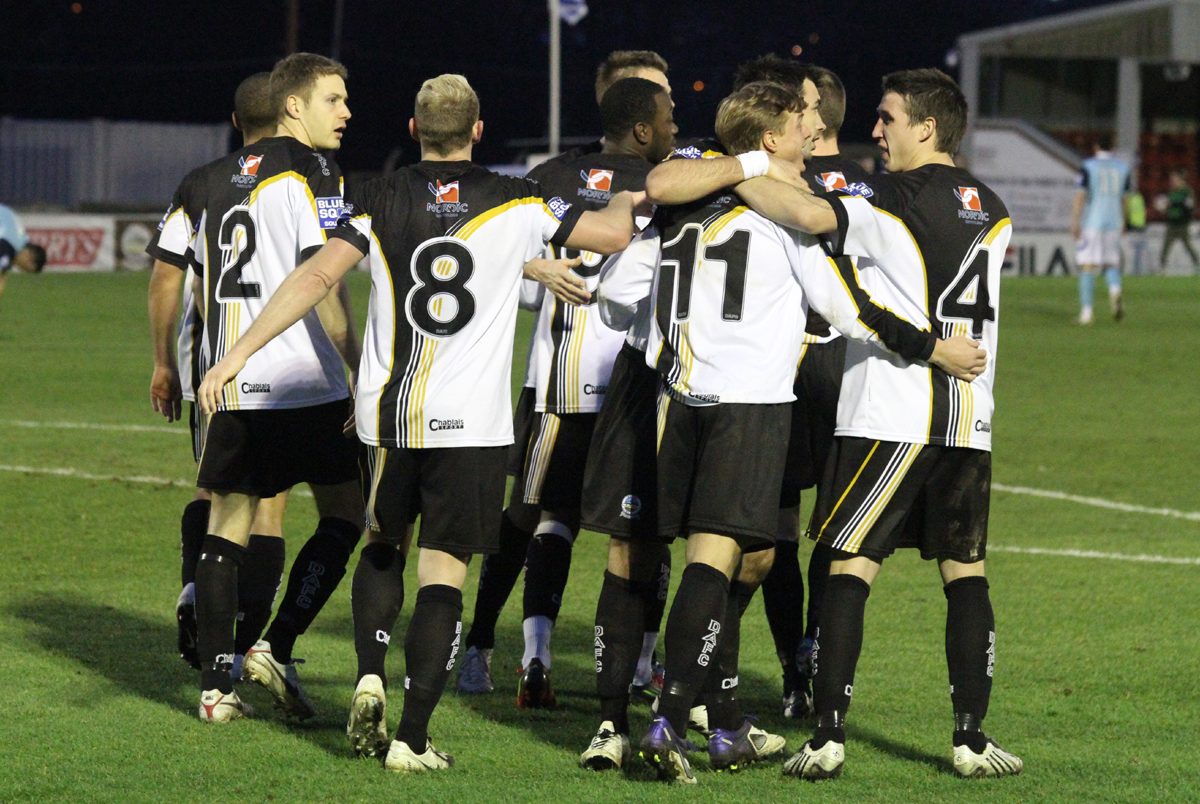 Saturday’s performance was again a tale of two halves. We started the worst we have been this year by a country mile. We didn’t look at the races at all.

After a few minutes we conceded a penalty, a decision we felt was very harsh. This rattled a few cages and within minutes we equalised with a good move.

Corcs picked up the ball and used his pace and strength to go past a player, slipped the ball to Terry who played it across to George. A good swivel on the spot from George and excellent finish across the keeper, sending him the wrong way.

Next was our turn for a “HUH?” moment! A soft penalty but for once in our favour. So up stepped new signing Jemal Johnson to send the keeper the wrong way to score on his debut, but this all came from a great ball from Corcs to switch the play, a bursting run down the right from Starkey who played Jemal in. He crossed it to hit the lads arm in the box.

Over the past few weeks the weather has made the pitches tough to play on and Saturday’s pitch was no exception. Our groundsman has been fantastic in preparing the pitch for us and I’m undoubtedly sure we have the best pitch in the league today and throughout the season, so thank you to him.

Second half we seemed to be a bit brighter and started a lot better. We continued to press and create chances against tough opposition. The two centre halves Ed and Sim’s were excellent at controlling the back and competing against an ex-Premiership opponent (Barry Hayles). These two won everything in and around them.

Our 3rd goal come from a great counter attack. Donovan drifted the ball into Batti, who with one touch found Bricknell in the box. A good half-turn and with one touch he sent the keeper the wrong way to nestle his shot nicely in the bottom corner.

So another win for the lads against difficult opponents, that’s eight games unbeaten in a row now.

A big shout out goes to the lads in the bar afterwards. It was nice to hear a bit of noise and support after the game… cheers!

*BS*If you have a question for Shane, leave a message below or via Twitter: *Link1**BF*