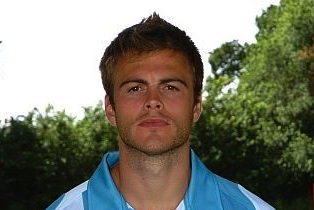 *BF*The former Peterborough and Dagenham star is an experienced midfielder who lives in Sidcup and revealed he had no hesitation in dropping into Blue Square South to join Martin Hayes’ ambitious project for next season.

Huke, 25, said: “Martin called me a couple of weeks ago and we met. He outlined all his ambitions for the new season and it really excited me. I wanted to join a big club and Dover fit the bill for me.

“I’ve decided to drop out of full-time football now. My dream of becoming a Premier League footballer is not going to realistically happen now so I need to settle down and plan for life after football.

“So going part-time but still being part of something big is an ideal scenario for me. I’m getting married in a year and planning on having kids, so it’s really time to put down proper roots – and this is the first part of that, joining Dover Athletic.

“I’m even starting a new job soon as a financial adviser in London in a few weeks time. I’ve just got to sit a few exams.”

Shane had a good look around Crabble this afternoon and was impressed.

*Lpic1*He added: “It’s a great little set-up here. The pitch is in perfect condition – that surprised me, considering it’s the end of the season.

“The FA Cup put Dover Athletic on the map and I knew all about the win at Gillingham. I can’t wait for pre-season to start.”

And in a message to the Dover fans, Shane said: “I will put in 100 per cent all the time. Even when I am not having a great game, and below-par which happens to everyone, I will still run around and put my head in. I won’t go missing.”