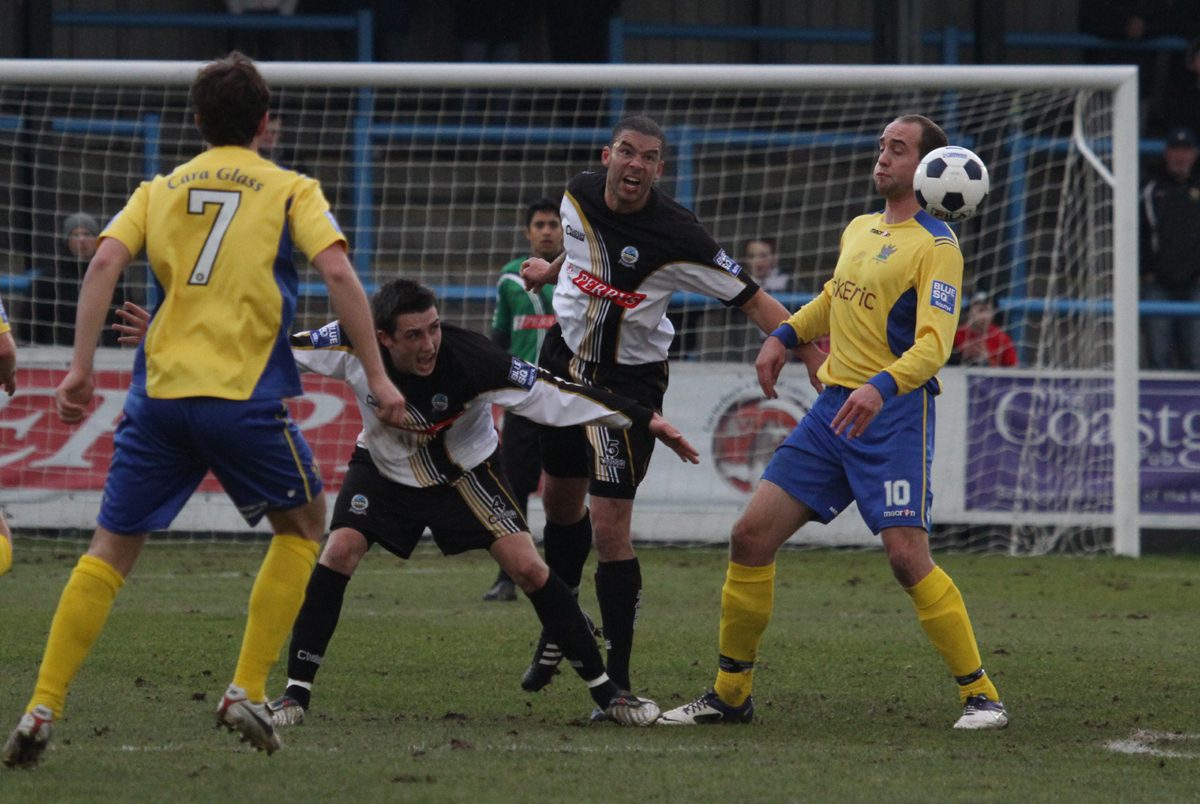 It is at this point in the season that you can fully appreciate the difficulty of attaining one of the division’s four prized play-off spots.

Crabble’s newest addition, Ian Simpemba, who has years of Conference experience behind him, believes that this challenge is not a bridge too far for the Whites.

The powerful central defender achieved promotion from the Blue Square South with Lewes in 2008 and thinks that ‘without a doubt’ Dover will be able to compete and hold their own in the Conference should they gain promotion this season.

Simpemba, the debutant and eventual man of the match against Salisbury, made it clear that all the team really need to do is adopt the right mental attitude.

He said, “This club has got more than enough talent to go up and stay in the Conference, once you get a winning mindset in this league you shouldn’t have too much trouble getting the results.”

Ian sees this mindset within the squad and drew particular attention to the sheer amount of work the players put in outside the club to ensure they are in peak condition come matchday, something which is very hard to achieve whilst playing semi-pro.
*Ppic1*
He also praised the set up at Perrys Crabble, a factor which helped him decide to sign for The Whites.

“Coming to Dover was like a breath of fresh air, it’s the most professional set up outside the Football League that I have ever seen.”

Having played for Ireland at under 16 to under 21 level along with spells for Wycombe, Crawley, Aldershot and Havant, Ian believes he can bring a wealth of experience to the squad, particularly on how to play at the sharp end of non-league football.

Also having faced Nicky Forster on the pitch a number of times he is now looking forward to working with him rather than against.

He spoke of his great respect for Forster and assistant coach Steve Brown saying, “The more time you spend with people like them the better player you will be.”

Simpemba is keen to fit into the squad as quickly as possible with his strength in the air and lack of serious injury throughout his career making him an ideal addition to the team.

He continued, “I’ve only been here a few weeks but I can see that this is a great club and I already want to fit in to the plans for the long run.”