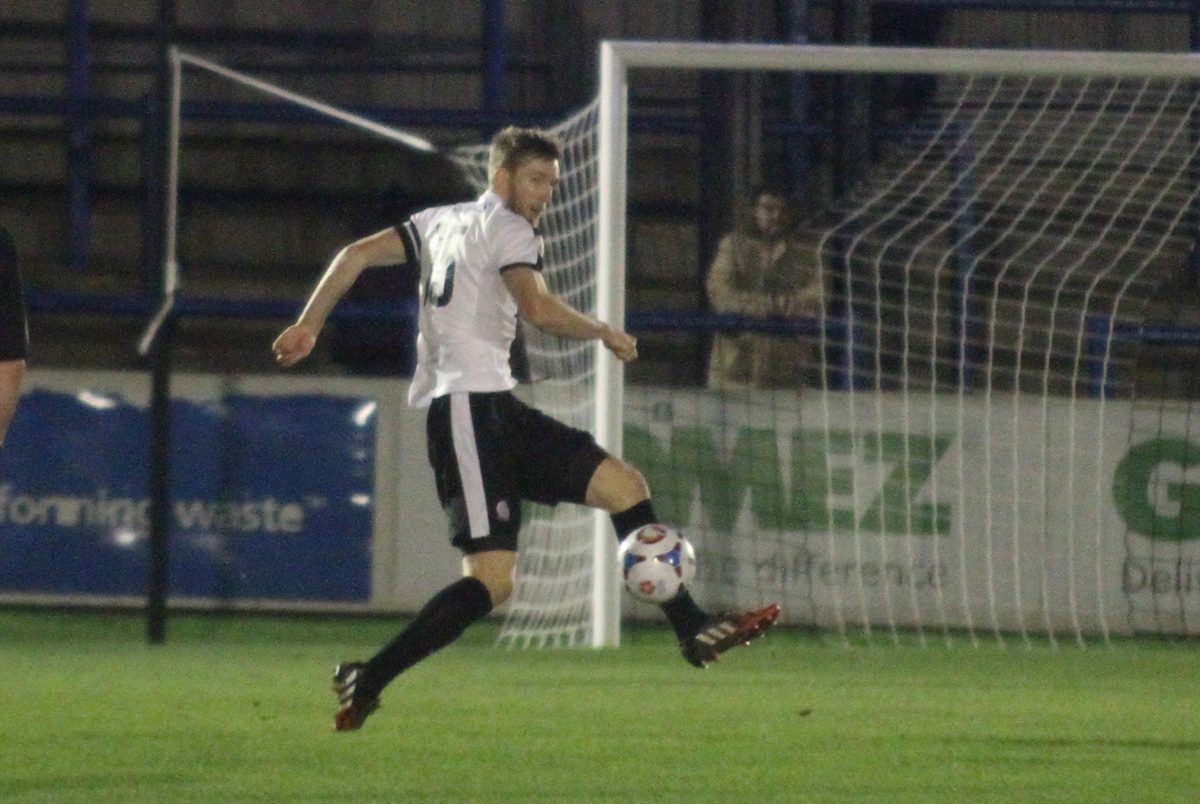 Whites were held to a goalless draw by Welsh counterparts Wrexham and Captain Jamie Grimes declared himself pleased with a point. ‘It was a typical opening day slog and we are happy to take the draw’, the skipper explained adding ‘Steve Arnold did not have a save to make. We had good opportunities and penalty shouts, whereas Wrexham only had some half chances right at the end.’*Q1*

Jamie himself was back in the starting eleven and in a slightly different role. ‘I was at centre half yesterday rather than sweeper and it allowed me to get right into the heat of the battle to affect the game more. I want to show the Dover fans what I can do.’

Fans were treated to a flurry of transfer activity on Friday with four new signings, including Moses Emmanuel who made his second debut in a Whites shirt since leaving two seasons ago. Grimes admitted he was glad to see a few new faces. ‘They will all be good additions and Moses looked really sharp even though he has only had one training session with us.’

Dover face a Boreham Wood side no doubt buoyant from beating much fancied Forest Green and White’s Captain is expecting a tough test. ‘It’s a great result for them and they will be a different challenge to Wrexham’ said Jamie. ‘We owe them one from last season and we will have to be at our best.’

Jamie himself was forced off late on but allayed any fears ahead of Tuesday’s home game. ‘I was suffering with cramp because of a dead leg I suffered at Chelmsford last week, but I will be ok to play Boreham Wood.’*Lpic1*