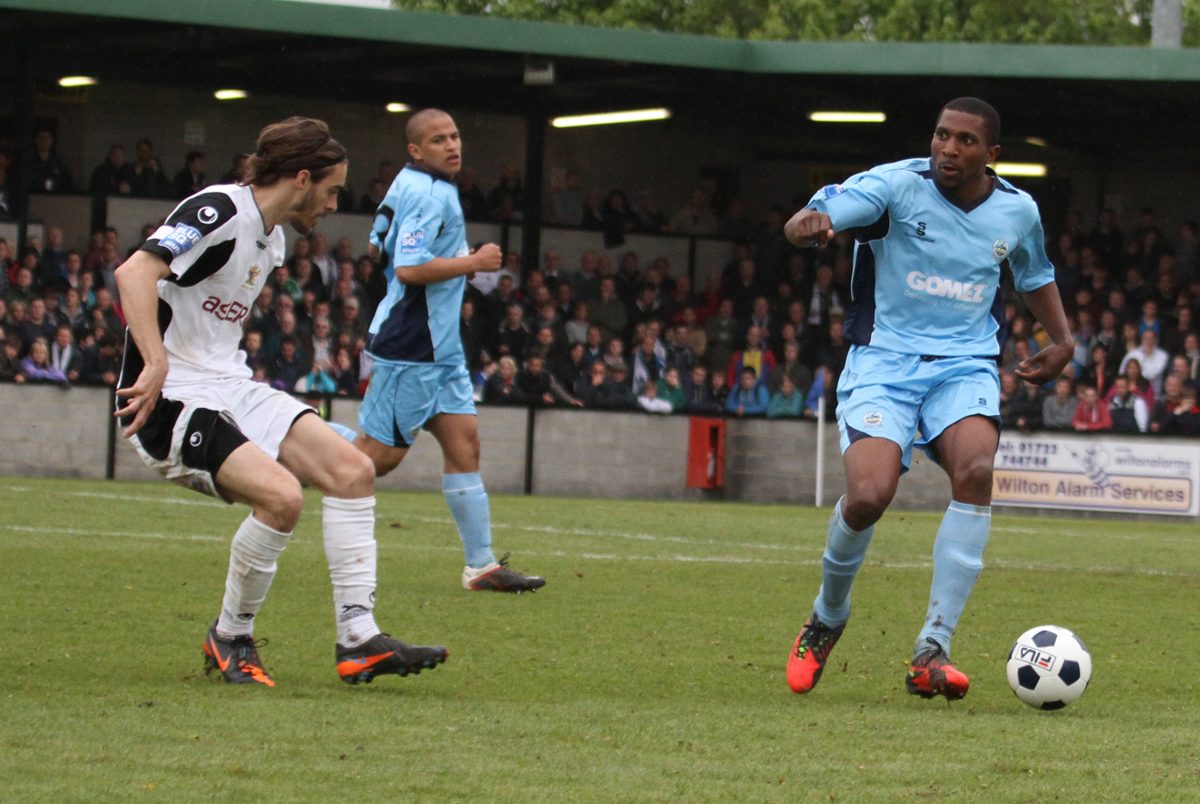 Sterling, 26, was Chris Kinnear’s first signing in his second spell as manager of the club as he joined from then-Ryman Premier side Cray Wanderers in January 2013.

The former Dagenham & Redbridge trainee impressed as he helped his side reach the final of the Blue Square Bet South Play-Off Final against Salisbury – making 22 appearances without missing a game and scoring three times.

*Lpic1*The news of the signing also comes on the same day skipper Craig Stone agreed terms to commit his future to Crabble.

Stone, 25, captained his side to Skrill South Promotion glory last month and also has some Conference Premier experience himself after playing at Ebbsfleet United, before signing for Whites in May 2013.